Taboo, Shame Around Menstruation Is Leading to Unhygienic Practices Across India

Only 55% of young girls in India think of menstruation as a natural process and only 23% know that the blood comes from the uterus. 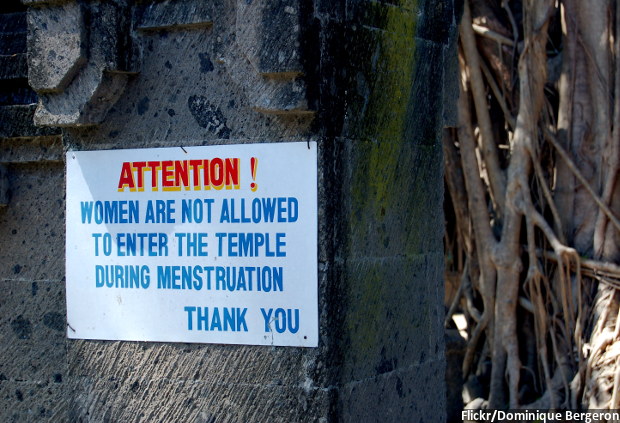 Only in seven of India’s 36 states and union territories did 90% or more women in the 15-24 age group use hygienic protection during menstruation, according to the latest national health data.

Not even 50% women used clean methods of dealing with menstrual hygiene in eight states and union territories. The mean for these eight states was 43.5%, with Bihar the worst at 31%, according to the National Family Health Survey-4 (NFHS), released in 2015-16.

Menstruation is still a taboo subject in India. Even now, women are considered “impure” during their period, subjected to social, religious and cultural restrictions, according to a study on menstrual health management. It was conducted by a collective of organisations dealing with water, sanitation and hygiene.

These practices have resulted in a culture of silence around the subject of period hygiene – 70% of Indian mothers consider menstruation “dirty”, as per the findings of a study.

This shame around menstruation also forces girls to opt out of school once they reach puberty, impeding the growth of female literacy in India. In rural India, 23% of girls have listed menstruation as the chief reason for dropping out of school. As many as 28% of them said they do not go to school during their period because they lack clean and affordable protection, according to figures collated by Rutgers, an organisation advocating sexual and reproductive health and rights.

In the urban areas of 11 states or union territories, more than 90% of women used hygienic period protection, according to NFHS-4.

The numbers are poor for villages, with ten states and union territories reporting an average of 39%. Madhya Pradesh fares the worst, at 26.4%.

Only 55% girls believe that periods are normal

There is very little awareness about the facts of menstruation among young girls in India. Only 55% of them consider it a natural and normal physical process, according to the study conducted jointly by Water Aid, PATH, Zariya, Development Solutions and Water Supply and Sanitation Collaborative Council.

Only 48% girls were aware of menstruation before they attained puberty and no more than 23% knew that the uterus is the source of the bleeding, according to research conducted by the menstrual hygiene management study.

Teachers and health workers are not common sources of information for young girls on the subject of menstruation; mothers are, for 54%, according to the collective study.

Sanitary pads are too expensive, unavailable

The Rutgers study revealed that for the absorption of the menstrual blood, 89% women used cloth, 2% used cotton wool, 7% sanitary pads and 2% ash. Among those who used cloth, 60% changed it only once a day. These practices could explain why 14% girls reported menstrual infections.

Sanitary pads are either too expensive or unavailable for women in many parts of India.

Ojaswi Rao is an intern with IndiaSpend.