Denying consent to one section of married women, either adult or minor, is problematic and would suffer from arbitrariness. 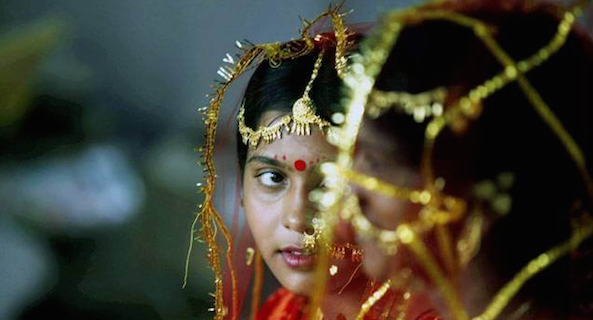 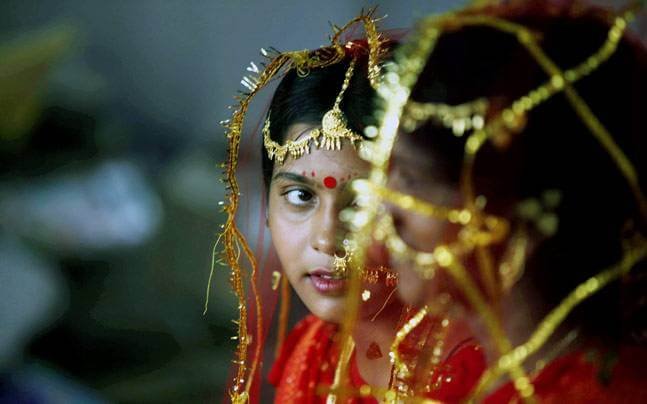 While the married children between the age group of 15-18 need greater protection from unwanted sexual intercourse than those above 18, some of the arguments against marital rape are common to both the age groups. Credit: Reuters

On Friday, a Delhi high court bench of Acting Chief Justice Gita Mittal and Justice C. Hari Shankar satisfied itself – after listening to Supreme Court advocate Gaurav Agrawal – that the challenge to decriminalisation of marital rape, which it is currently hearing, does not overlap with a similar matter on which the Supreme Court concluded hearing and reserved its judgment on Wednesday, although both involved the same provision – exception 2 to Section 375 of the Indian Penal Code.

Agrawal convinced the bench that the petitioner, a non-governmental organisation (NGO) Independent Thought – for which he is the counsel – confined its challenge only to the difference in age limits between sixthly of Section 375 and the exception 2.

Sub-clause Sixthly of Section 375 gives one of the seven circumstances of rape as sexual intercourse or sexual acts with a woman with or without her consent, when she is under 18 years of age.

However, exception 2 to this provision says that sexual intercourse or sexual acts by a man with his own wife – the wife not being under 15 years of age – is not rape.

Agrawal told the bench that the Supreme Court case confined itself to the second part of this exception, not the first. That is, if 15 years in the second part of the exception 2 is read down as 18 years, the petitioner’s prayer would be answered. Therefore, he suggested, the case before the Supreme Court is in no way an impediment for the high court, from hearing the bunch of challenges to the validity of the first part of the exception 2, which wholly decriminalises the marital rape, subject to the qualification mentioned in the second part.

The bench then went on to appoint senior counsel Raju Ramachandran as amicus curiae in the case and adjourned it to September 20, when it will resume hearing.

But the high court could not anticipate on Friday that this distinction between the first and second parts of the exception 2 – which on the first glance is attractive – may yield bizarre interpretations.

If the Supreme Court strikes down the second part of exception 2 as unconstitutional, can the Delhi high court consider the first part as constitutional? While the married children between the age group of 15-18 need greater protection from unwanted sexual intercourse than those above 18, some of the arguments against marital rape are common to both the age groups. Right to privacy, which has been elevated as a fundamental right by the Supreme Court, for example, has been invoked as a ground by petitioners in both the cases.

If the Supreme Court, instead of striking down the second part of exception 2, reads it down as implying consent of the minor wife for sexual intercourse or sexual acts with her husband, then the Delhi high court would find itself in a dilemma of sorts. Can the high court refuse to read consent in the first part of the exception 2, merely because it does not apply to children but to adults?  If the opportunity to give consent is relevant to married children, how can it be denied to married adults? Such an interpretation would be ex facie discriminatory.

If, on the contrary, the Supreme Court concludes that it cannot strike down the second part of exception 2 as unconstitutional, and that the aggrieved women in child marriage can explore other legal remedies, the choice before the Delhi high court would become very complicated. Can the Delhi high court then strike down the first part of the exception 2 as unconstitutional, even though the same argument that the women in question have other legal remedies would be relevant in the case of adult married wives. The Protection of Women from Domestic Violence Act, 2005, which seeks to punish sexual abuse by husbands, is one such legislation which is offered as a remedy for aggrieved wives, whether minor or adult.

Curiously, the sub-clause Sixthly of Section 375, when read with sub-clause Secondly of Section 375, would mean that consent of the woman is material if a man has to avoid the allegation of rape while having sexual intercourse or indulging in sexual acts with her, if her age is above 18 years. Therefore, for denying consent to married women – whether adult or minor – there has to be greater legal justification, which is unavailable. Denying consent to one section of married women, either adult or minor, is again problematic and would suffer from arbitrariness.

The Centre, through senior advocate Rana Mukherjee, told the Supreme Court bench of Justices Madan B. Lokur and Deepak Gupta that marriages between the ages of 15-18, though deprecated, would still not fall foul of Sections 375 and 376 of the Indian Penal Code as a “method of restrictive social welfare”.

Before the Delhi high court, the Centre took the stand that marital rape in general cannot be criminalised because of the problems of illiteracy and poverty and the need to preserve the institution of marriage.

Having enacted the Prohibition of Child Marriages Act, 2006, the Centre was in a quandary as vociferously defending child marriages would send wrong signals to the society. Therefore, the Centre relied on a general and familiar legal argument, namely, that the courts can not interfere to question parliamentary wisdom in retaining a legal provision, especially when it is known that the parliament consciously did so, in view of the social reality in India.

In the Supreme Court, the government relied on the Law Commission reports and parliamentary debates to justify its stand. It also cited the Kerala high court’s decision in defence of exception 2 to Section 375 of the IPC in Dr. Vincent Panikulangara v Union of India (2015). The Kerala high court had held that the parliament had consciously excluded child marriage from the penal consequences of rape, if the wife is above the age of 15; therefore, the restrictions imposed by the statute for a legal marriage cannot be equated with a penal provision under the IPC.

The Centre cited Kerala high court as having held as follows:

“The drafters of Indian Penal Code were conscious about the customary practices, the religious rituals and the ground reality in such a vast country where people live in diverse situations having different cultural and social background and had consciously created an exception to the general rule in regard to rape. That apart, 2006 Act has also provided appropriate penal provisions for violating the said provisions. The wisdom of Legislature to enact such statutory exceptions, therefore, cannnot be termed as arbitrary. Such exceptions, in the light of the legislative competence of the parliament, cannot be considered to be in violation of Articles 14, 15 and 21 of the constitution of India.”

The government relied on the discussions and observations of members as cited in the 167th Report of the Parliamentary Standing Committee of Rajya Sabha, when some members suggested that there should be some room for the wife to take up the issue of marital rape, and that consent in marriage cannot be construed as consent forever.

The committee, however, felt that criminalising marital rape has the potential of destroying the institution of marriage, and that if a woman is aggrieved by the acts of her husband, there are other means of approaching the court. The report, the government said, also reveals that when some members raised the issue of child marriage exception to rape, the then Union Home Secretary apprehended that if the exception is removed, marriages in thousands in different states would be outlawed.

In the Supreme Court, the government supported the 172nd Law Commission Report (2000)’s conclusion that deletion of the exception to Section 375 IPC would amount to excessive interference with marital relationships.

The government also pointed to the remedy available under the Protection of Children From Sexual Offences Act, 2012 (POCSO), which imposes more stringent punishment on men imposing themselves on minor girls, irrespective of their marital relationship, overriding even the provisions of the IPC.

Married adult women are likely to ask whether the law can discriminate against them and deprive them of similar remedy under the IPC, merely because they are adults and not children.