The women and child development minister has responded to a petition by a single mother seeking a passport for her daughter without the name of her husband, who deserted them years ago. 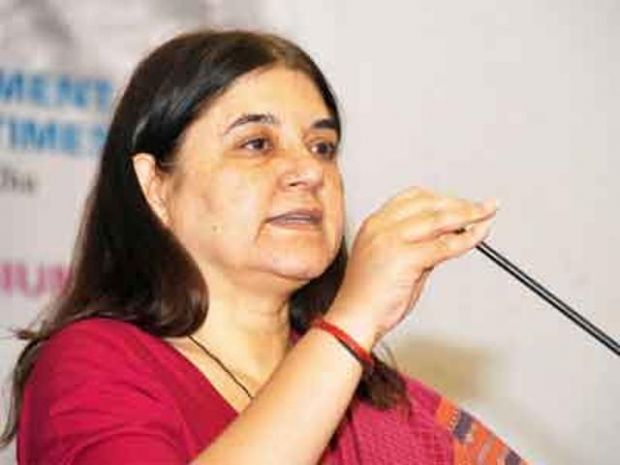 New Delhi: Women across the country who are struggling against archaic passport rules and biased officials, who disregard court orders pertaining to single parents, have found support from women and child development minister Maneka Gandhi. Responding to a single mother’s petition on Change.org seeking a passport for her daughter without her husband’s name on it, Gandhi urged external affairs minister Sushma Swaraj to amend the passport rules in favour of single mothers.

On July 14, The Wire had reported how thousands of people had supported the petition of single mother Priyanka Gupta. In her petition, Gupta had charged that her husband abandoned her because she had had a girl child. She said her grown up daughter, Garima, was very sensitive to the issue and did not want her father’s name on her passport.

However, she complained in the petition that the passport office insisted that on including her husband’s name in the document despite Garima’s opposition and her possessing several other identity documents, such as the Aadhaar card, voter ID and bank accounts, which only cited Gupta as her parent.

The petition has drawn support from nearly 45,000 people in the past two weeks, Gandhi said in her communication to Swaraj while seeking an amendment to the rules.

In response to Gupta’s petition, Gandhi issued a letter, ‘Decision Maker Response’, in which she referred to the case and noted that she had received a petition from Change.org about a case where the father had abandoned the mother and the court had granted custody of the child to the mother.

Stating that the current guidelines for passports warrant the name of the father as a mandatory requirement, Gandhi said this was happening despite the Delhi high court having stated in May 2016 that “it was not essential to mention the father’s name if the mother and child so desired”. She said she has urged the external affairs ministry to modify the rules for passport issuance accordingly.

Gandhi also took to Twitter to express her views on the matter in a series of tweets.

Have received petitions where #mother/ #child have insisted that name of the father should not be mentioned in #passport.(1/6) @SushmaSwaraj

The petitions involved cases in which the father had abandoned the mother & the Court had granted custody of the child to the mother. (2/6)

The current guidelines for #passports warrant the name of the father as a mandatory requirement. (3/6) @SushmaSwaraj @MEAQuery

Statistics reveal that no. of single parents in the country is increasing both by way of conscious decision & by breakdown of marriages. 5/6

I have requested Smt @SushmaSwaraj ji to look into the matter & get necessary modifications done in the rules for issuance of #passports.6/6