In Search of Spiritually-Enriched Feminism

The power of love, or the celebration of a future society that values spiritual oneness rather than patriarchal divisions, is the ultimate source of resistance against all that is ugly, be it rape or 'honour killing'. 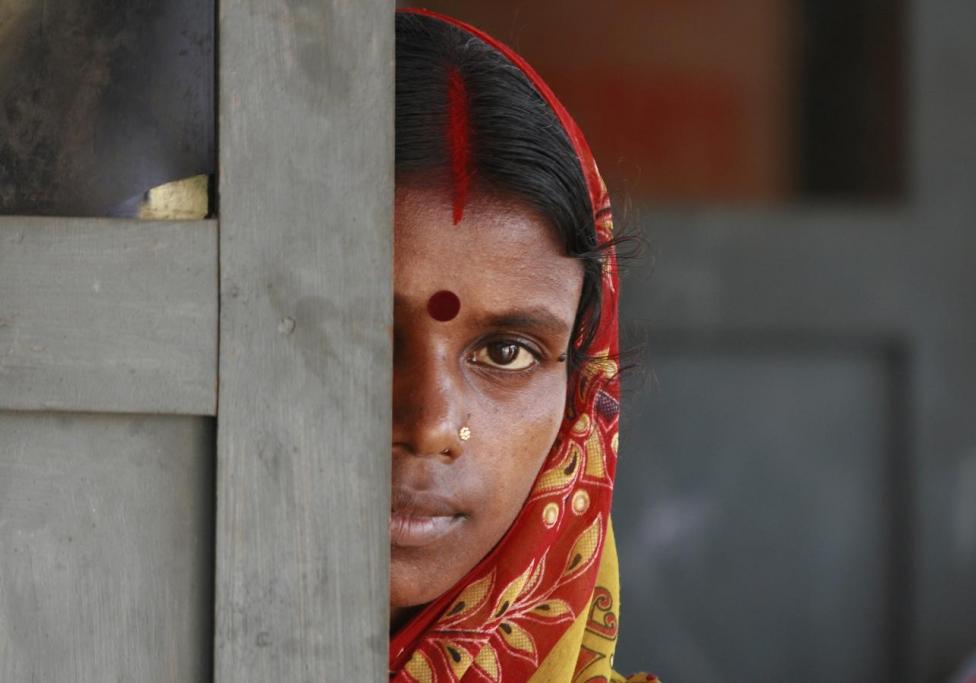 I was angry with myself for wanting to read books. Girls did not read. How could I? Actually, one cannot learn without a teacher. Besides, I was a woman, and a married one at that, and was not supposed to talk to anyone. If anyone spoke a harsh word to me, I would die of shame. That was the fear that kept me from talking to anyone. My only hope was God and my constant prayer was,” Dear God, I can only learn to read and write if you teach me. Who else is to be my Teacher?”
– Rassundari Devi, Amar Jiban

Even though I am not a feminist scholar, it is not altogether impossible for me to realise the significance and intensity of the feminist resistance and struggle for a just society. Even though feminism has many currents, and the scholarship it has generated is pretty complex and nuanced, I can still feel the thread of connectedness: a set of shared concerns that we all ought to engage with for creating a compassionate society. As I begin to reflect on it, a question haunts me: is it possible to experience feminism as both a socio-political subversive struggle as well as a spiritual quest? I know that there are many – particularly, those who are driven by secular/scientific discourses of modernity and associated political movements – would refuse to see any spiritual angle in the feminist discourse; yet, I choose to stick to spiritually enriched feminism.
– Colourful  Patriarchy and Irony of Masculine Power

You win her favours with such an obtrusive and officious manner that you are ready to lick even her shoes. Yes, your love knows no bounds, but for how long? Until your lust is satiated. Once your desire is fulfilled, and she becomes pregnant, you leave all the worrying and suffering to her and hide your face like a scorpion, behind a stone. When that mortified woman, innocent as a deer, crushed to death by that burden on her soul, begs the wicked man, that beast in disguise, to help her, he answers her with such indifference as if it were none of his concern. “What can I do about it? You have sinned and now you must suffer for it.”
– Tarabai Shinde, Stri Purush Tulana

No feminist, irrespective of the school of thought she/he adheres to, would disagree with the fact that it is a sustained struggle against the ideologies and practices of domination, objectification and self-curtailment. And it goes without saying that patriarchy – an inherently violent system based on an asymmetrical distribution of material as well as cultural resources, and a hierarchical duality of masculine versus feminine – sustains these three evil practices.

Yes, the aggression and privilege of masculinity in a patriarchal system allow men to have almost complete control over women’s life-practices. Likewise, its sexual politics is centred on the objectification of women as symbols of desire, conquest and possession. Not solely that. As a woman is transformed into a role, a ‘protector of virtues’ (say, as Vivekananda once articulated, ‘all-suffering, ever-forgiving mother’), or a docile object confined to the boundaries of what Norwegian playwright Henrik Ibsen aptly described as the ‘doll’s house’, it leads to a high degree of alienation making self-actualisation almost impossible.

Instead, women are compelled to live with self-curtailment; with the burden of socially imposed and culturally constructed identities, it becomes exceedingly difficult to realise oneself, hear the call from within. While a brutal system humiliates the victim, it dehumanises the victor who constructs French writer Simone de Beauvoir’s ‘second sex’ with the Freudian ‘penis envy’, or Manusmriti’s woman with ‘carnal passions, and impure desires’ to be beaten by her husband with ‘a rope or a split bamboo’.

The irony is that it makes men ‘powerful’, yet ethically/aesthetically/spiritually dull – completely incapable of experiencing what Swiss psychoanalyst Carl Jung described as ‘anima’: rediscovering the hidden femininity, seeing eternity in the eyes of the beloved and thereby getting reduced into zero, becoming like an androgynous Krishna playing with the flute for hours, and realising art in the everydayness of the world.

How is patriarchy sustained? A usual answer informs us that religion-centric/traditional/feudal societies have often retained the patriarchal structure; and feminism is, therefore, seen as a promise of modernity, its libertarian quest for individuation, liberty, equality and fraternity. However, I wish to ask yet another question: Does modernity with its scientism, capitalism and consumerism have something to do with patriarchy? In fact, these three practices of modernity have not eradicated patriarchy; instead, patriarchy has become more ornamental, sleek and deceptive.

Yes, scientism is based on the principle of domination and control; its inherent instrumentality causes the violence of dualism: mind and body, reason and feeling, subject and object, value-neutrality and self-reflexivity and science and nature. This hierarchy has further reinforced the patriarchal violence – a ‘masculine’ ideology of techno-scientific progress (sustained by the Baconian doctrine of knowledge is power, or the Cartesian notion of abstracted pure reason, and dispirited nature as an object of perpetual masculinist intervention) devaluing what the likes of Susan Hekman would have characterised as the ‘feminine’ spirit of care and relatedness.

Likewise, capitalism, because of its very logic, transforms us into commodities; ‘commodity fetishism’, Marx elaborated with great insight, kills the soul and symmetry of human relationships. As capitalism and patriarchy often work together, a man-woman relationship becomes heavily distorted.  Its manifestation can be seen in the cult of consumerism, which, as Erich Fromm argued brilliantly, promotes a ‘having’ mode of existence; everything has to be possessed, consumed and used as an object of instant gratification.

The popularisation of pornographic culture through new technologies of mass dissemination of symbols and coded messages, the normalisation of the ‘beauty industry’ reducing women into mere outer appearance, and the neurotic obsession with sexual imageries in the promotion of saleable items like cars, packages of shaving cream or bottles of wine: the cultural landscape does by no means indicate the arrival of any liberating consciousness. Well, none can deny that the new economy has enabled a section of women to come out of the domestic domain of ‘reproduction’ and ‘care’, and enter the public domain of ‘work’; the possibility of economic independence has enabled them to transcend many constraints imposed by the traditional patriarchy, and realise themselves as economically independent ‘working women’ rather than dependent ‘housewives’.

However, the new patriarchy, we should not forget, has created yet another source of oppression – sexual violence in workplaces, perpetual pressure on women to look ‘good’, ‘attractive’, ‘presentable’ and ‘glamorous’, and above all, the induced notion of pleasure as freedom from boredom in fleeting relationships of ‘liquid modernity’ that dissociate sex from love, and further promote psychic violence of what Herbert Marcuse would have regarded as ‘repressive desublimation’ causing obstacles to the path of a life-sustaining man-woman relationship.

The critical voice of feminism, we know, subverts these practices of both old and new patriarchy. It opens our eyes to see multiple paradoxes prevailing in our times – female infanticide amidst the celebration of the mother goddess, domestic violence amidst glamorised wedding ceremonies, inflated dowry rate amidst the glitz of consumerism, differential wages for the same job that men and women perform, and continual reproduction of the images of women as’ eatable items’ through the ‘popular culture’ of the Honey Singh variety. And yes, as a movement and life-churning critical pedagogy, it gives immense confidence to women to come out of the trap of patriarchy, and rediscover themselves as human possibilities.

From the discourse of ‘rights’ to the act of  debunking socially constituted gendered ideals, from Lata Mani’s nuanced reflections on the debate on Sati in colonial India to Uma Chakravarti’s enquiry into what happened to the Vedic Dasi, from Vina Mazumdar’s revealing report, Towards Eguality, to the recent movement centred on Nirbhaya gangrape case, from the growing demand for an inclusive public sphere to the assertion of one’s right over one’s body and sexuality, or, to use Shulamith Firestone’s words, the victory over ‘kingdom of nature’: feminism is playing an important role in altering the way we look at society, culture, politics, sexuality and religion.

However, the question remains, is there something more that ought to enrich feminism? At this juncture, I wish to make a distinction between love of power and power of love. True, in a situation that is hierarchical and oppressive a moment comes when the oppressed in the process of their struggle tend to acquire power and seek to defeat the oppressors at their own game.

This, to use Frantz Fanon’s words, has tremendous therapeutic significance for gaining confidence, overcoming the frigidity of silence, and healing the wound of marginalisation. It is like Rokeya Sakhawat Hossain’s much talked about story, ‘Sultana’s Dream’, that takes us to a ‘lady land’ where men are kept away from the public sphere and women rule the society. Not surprisingly, in popular feminism, the urge to prove that ‘we too can do it’ is very strong; and hence, ‘successful’ women are often defined in terms of the same discourse of power: a female police officer, a female warrior, a female pilot, a female prime minister, a female boxer, a female entrepreneur. This is what I regard as the love of power. It has its role. It is the beginning of a breakthrough.

But then, a mature struggle for liberation has to go beyond it, beyond this compulsive urge to prove that ‘we too are powerful like you’; instead, at its highest stage it alters this discourse of power, and seeks to liberate, as Gandhi imagined, even the oppressors from the rationale of domination. And this is possible through the power of love. And herein lies the spirituality of feminism.

While the love of power retains the duality by trying to make things upside down, the power of love transcends dualities. It unites; it breaks hierarchies, the walls of patriarchy, the logic of objectification, the violence of commodification and possession. This love emanates from a deep spiritual realisation of oneness amidst symmetrical differences, the flowering of the indivisible soul integrating the masculine and the feminine. This love is the ultimate power – the power of reciprocity and union, the power of mutual elevation, the power of dialogue amidst differences in biology and life-choices, the power of spreading the enchanting ethos of androgyny in every sphere of work, be it cooking or gardening, doing physics or acting as the prime minister.

Yes, at its highest stage, feminism becomes spiritual in this sense, and hence ecological and communitarian. It invites men to have a new beginning, and cultivate their repressed humanity. It becomes an awakening that makes us see the hollowness of hyper-masculinity, the brutality of technocratic capitalism, the futility of militaristic nationalism and war, the trivialisation of Eros and the shallowness of market-induced freedom: freedom to dress like a film star, freedom to remain perpetually restless, and freedom to buy, consume, use and throw away even relationships into the dustbin. The power of lov or the celebration of a future society that values spiritual oneness rather than patriarchal divisions is the ultimate source of resistance against all that is ugly, be it rape or ‘honour killing’.

Is it utopian? I call it a feasible utopia because its time has come.