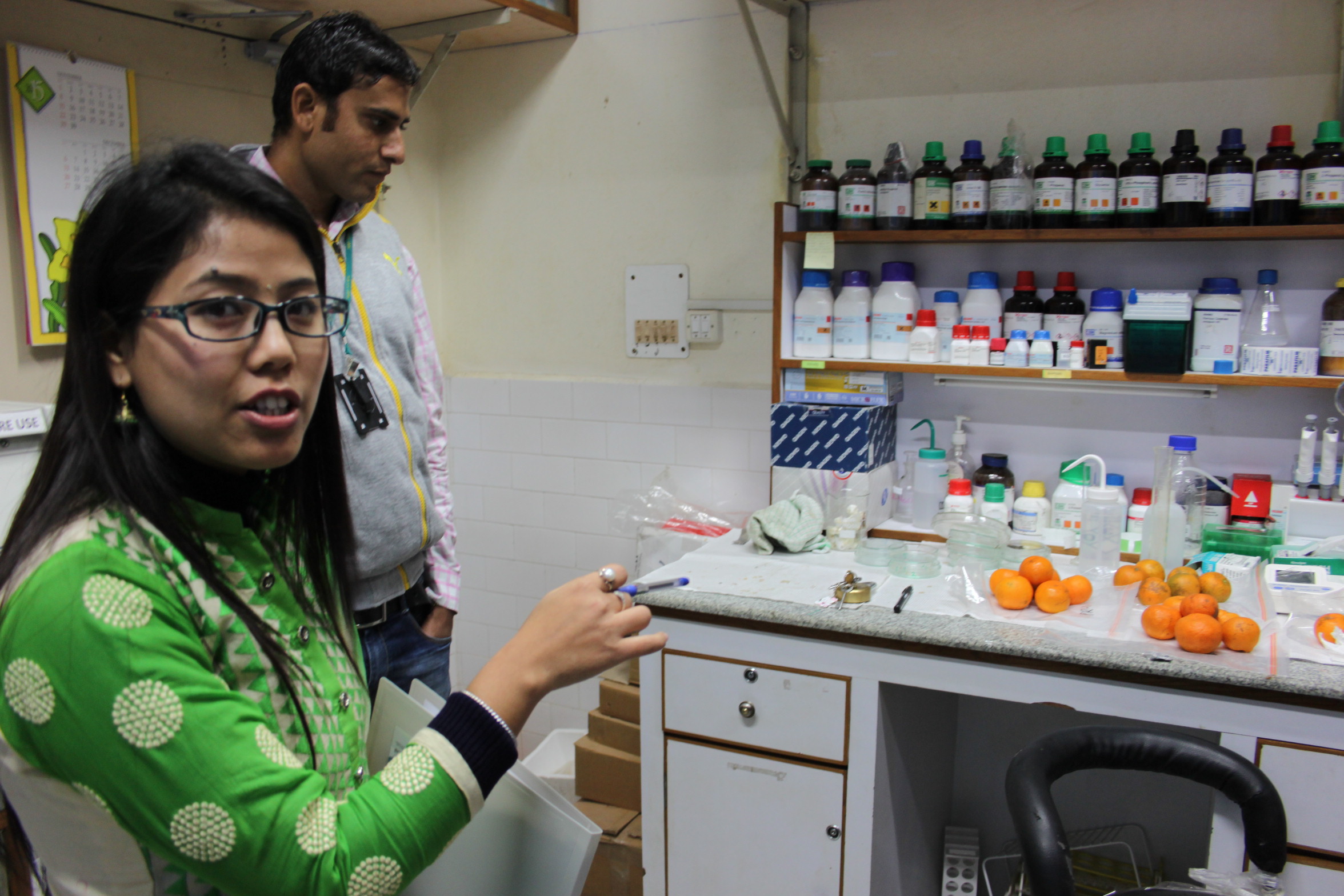 Aneree Parekh and Arathy Puthillam are research assistants at the Department of Psychology, Monk Prayogshala, Mumbai.

In early August, an engineer at Google named James Damore was fired for sending out a company-wide 3,000-word memo questioning his employer’s diversity policy. Damore claimed that it was steered by a need to be politically correct over a need to be productive, and that it was women’s biology that makes them less able than men to work in technology jobs. He concluded that there were objective, evidence-backed reasons for the unequal representation of women in science- and technology-related fields. Damore’s memo stated that women were cited to be “more interested in people, and men in things”; women were more “prone to anxiety” while men had a “high drive for status”; and women on average were “more cooperative”, which is why they could not negotiate for better positions and salaries.

While the arguments in the memo were supposedly backed by evidence (particularly the findings of Simon Baron-Cohen, a Cambridge University psychologist) it is important to note that they were based on dated research studies and cherry-picked data. There is a lot of research in neuroscience that debunks the notion that men and women have biological differences in brain structures, which directly contribute to differing learning abilities. One study evaluated test scores in mathematics – a relevant domain in science, technology and engineering work – and found negligible gender differences in performance. But the notion remains that men are better at science, technology, engineering and math (STEM) fields than are women. Why must this be so?

Damore provides an answer in his memo. While he seems to brush it aside, a lot of research and theory points to the effects of unconscious biases and gender stereotypes as causes for the lower participation and representation of women in STEM fields. Stereotypes, or implicit biases, are associations between social categories (e.g., the education category of “science” is more associated with the gender category of “male”) and are triggered when presented with a category cue – without the perceiver’s knowledge or awareness.

For example, one study found that if an employer is evaluating the CVs of two candidates for a job that involves knowledge about STEM-allied fields, most employers are likely to choose the male candidate for the job if the employer’s implicit bias associates men with science (everything else being equal). The same study also found that when employers had no information other than the candidate’s physical appearance, women were only half as likely as to be hired as men. Finally, both male and female employers favoured hiring men because they (erroneously) believed women to be less good at arithmetic tasks.

A unique way in which researchers examine these internal, and often unconscious, biases is through implicit association tests (IATs). These tests measure how quickly participants associate words like ‘maths’, ‘science’ and ‘arts’ with words like ‘brother’ and ‘mother’. The theory behind these tests is that if a participant has a strong bias, she would take longer to respond to words associating women with science because this association would not be automatic. After this test become available to take online (thanks to the efforts of some professors at Harvard University), over half a million people have responded to it from around the world. And the results suggest that more than 70% of participants displayed a bias for men + science and women + arts.

Who has a stronger bias?

While gendered questions of STEM have been discussed extensively in the West, such issues have not received adequate attention in India. (To the best of the authors’ knowledge at the time of publishing this article) No paper or article has been published that has looked at the implicit beliefs of Indians regarding gender and science.

We analysed data from the Indian sample of Project Implicit, obtained from the Open Science Framework (an international database website). We found that, overall, Indian participants had a strong bias for associating men with science – no surprises there. Men had a stronger bias than women did. The results also found that these implicit biases correlated with explicitly stated beliefs, indicating that Indians who hold these internal biases also endorse the ‘male + science’ beliefs out loud and unreservedly.

Harbouring such strong biases can cloud one’s judgments about oneself, especially about one’s abilities. Multiple studies have found that such implicit stereotypes, held by both men and women, can predict a participant’s math engagement, performance and achievement, intentions to pursue science-related majors, academic programs and careers. Among women, stronger implicit stereotypes predict worse math performance and achievement and weaker identification with math and science. Pervasive stereotypes associated science with men emerge early in development and exist across cultures.

To understand how implicit attitudes translate to actual behaviours, we looked at the programme-wise enrolment in India at the undergraduate and postgraduate levels in science and arts courses using the data from the All India Survey of Higher Education (AISHE, 2015-2016). Overall, the gender differences in enrolment in different streams were significant: men and women enrol in different proportions in both streams, regardless of the level of education. At the undergraduate and master’s levels, more women were enrolled than men in the arts stream. In the science stream, the opposite was true.

However, further scrutiny revealed that certain courses within the broader term of ‘arts’ and ‘science’ have more considerable differences than others (Figure 2). For instance, in the arts stream, the enrolment in courses like ‘dance’ and ‘design’ saw higher proportions of female candidates than male, while courses like ‘journalism’ and ‘mass communications’ saw more male candidates than female. In the sciences, courses like ‘nursing’, ‘fashion’ ‘technology’ and ‘physiotherapy’ saw higher proportions of female candidates relative to male. In courses like ‘engineering’ and ‘technology’, there were more male candidates. Thus, gendered preferences are seen in specific subject choices and aren’t just limited to the overarching stream. Career choices like nursing or design may be perceived as more feminine and therefore attract more women; those like engineering may be perceived as more masculine and so attract more men.

The ‘lack of fit’ model of gender bias

Such biases, as well as the participation of women in science in higher education, seem to be in line with the points raised by Damore in his memo. ‘Social role theory’ provides a good framework within which to understand how gender stereotypes form and how they subsequently influence gendered behaviours. Both through direct (e.g., through social interactions) and indirect (e.g., through mass media) observations, children associate social groups such as men and women with their typical role-linked activities and create a stereotype. These observations begin early in life.

A 2009 study found that girls attending kindergarten endorsed gender-mathematics stereotypes if their female teacher was anxious about mathematics. Moreover, other studies have also shown that when children (and adults) are asked to imagine a scientist, they are more likely to think of a man. And the ‘lack of fit’ model of gender bias demonstrates why women are discouraged from pursuing STEM fields as a result: if the career does not fit into the gender model, then one does not pursue it or one potentially discriminates against someone who does. Additionally, a perceived lack of fit between female gender roles and the roles of scientist may undermine people’s evaluation of female scientists or women pursuing careers in similarly masculine fields.

If these biases are formed early in development and are deep-seated, can they be changed? Given that these stereotypes are formed via observation, they could change via observation as well. For example, observing counter-stereotypic women across diverse contexts – such as in science courses or indirectly through television shows – could help change stereotypes. Studies have also found that exposing young girls, high-school students, and undergraduate female STEM majors to successful women scientists and mathematicians can weaken their gender-STEM stereotypes.

In India, steps are being taken to address some of the glaring inequalities between men and women, although they’ve only just scratched the surface. For example, the ‘Beti Bachao Beti Padhao Yojana’ launched in 2015 has a particular focus on ensuring that “girls are… educated without discrimination”. One of the focuses of the scheme is on girls’ primary and secondary education to help them “become empowered citizens of the country.”

Despite well-meaning government programmes, true gender equality cannot be achieved if career options for girls are limited by implicit gender biases. Implicit attitudes lead to gendered evaluations about what men and women can and can’t do – and in all they erroneously suggest women to be less capable than men. Thus, women’s options for employment and opportunities of financial security are strongly diminished. If we want to help the cause of gender equality, we must begin by inspecting what stereotypes we believe and create interventions focused on eradicating them.