The sentencing will take place on August 28. Singh has been taken into custody. 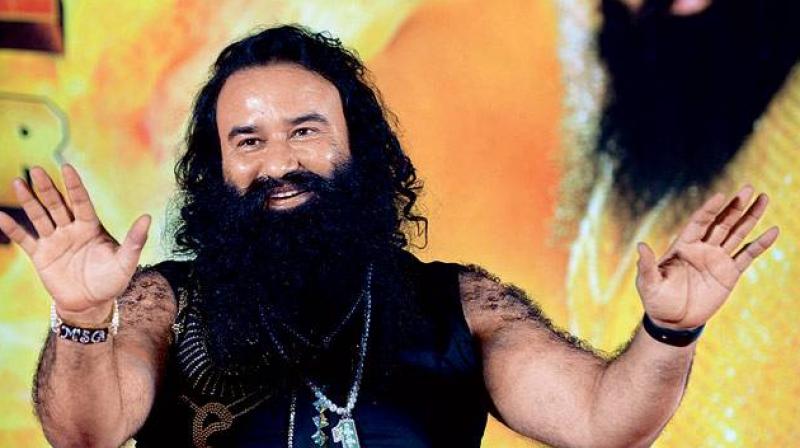 New Delhi: A CBI court in Panchkula on Friday (August 25) found Dera Sacha Sauda chief Gurmeet Ram Rahim Singh guilty of rape. The case he has been convicted in goes back to 1999, though charges were filed in 2002 after anonymous letters written by two female followers alleging rape became public.

Sentencing will take place on Monday (August 28). Singh has been taken into custody. The sections under which the case has been registered entail a minimum punishment of seven years and a maximum of ten years.

The Punjab and Haryana high court has also ordered the seizure of all of Singh’s properties to compensate for the violence caused by his followers following his conviction.

His followers, who had brought parts of Punjab and Haryana close to a standstill for the last few days, turned violent after news of the conviction. More than one lakh people were reportedly gathered outside the Panchkula court. TV channels reported that OB vans were burnt and property destroyed as the crowd took to the streets with sticks and other weapons. NDTV reported that their OB van was attacked and vandalised. Delhi has reportedly been placed on high alert.

PTI quoted the chief medical officer of Panchkula as saying that 12 people were killed in clashes with the police. Clashes are still ongoing, and NDTV reported that 70 have been injured in the violence in Panchkula.

Haryana chief minister Manohar Lal Khattar has called an emergency meeting at his home to discuss what steps should be taken, NDTV reported. Curfew has been imposed in Panchkula.

Gurgaon police has said that the situation is calm there. NDTV reported that a bus was also set ablaze in Loni, at the Delhi-UP border, and two empty bogeys were set on fire at Anand Vihar railway station.

The same CBI court is also hearing final arguments in another case against Singh. He is accused in the murder of journalist Ram Chander Chhatrapati in 2002, who first exposed the charges against Singh in his Hindi daily Poora Sachh.

The complaint in the case was filed by an inmate of the Dera ashram in Sirsa. In May 2002, the high court directed the Sirsa district and sessions judge to probe the matter and in September the case was handed over to the CBI.

In December that year, the CBI booked Singh for rape, criminal intimidation and acts intended to insult the modesty of a woman. Five years later, in July 2007, the chargesheet was filed, with the trial beginning in August 2008. The arguments were completed last week on August 17, with the court set to pronounce its order on August 25.

According to one of the sadhvis:

Singh has also produced two films about himself as a crime-fighting rockstar baba, with more films apparently in the making. Since 2014, he has aligned with the BJP.

High drama preceded the controversial ‘godman’s’ appearance in the special CBI at Panchkula as he was driven there from Hisar in a large convoy of over 200 vehicles under police protection.

Along the way, supporters of the Dera Sacha Sauda chief blocked his convoy at Kaithal by lying on the road. It was quite an effort for his security detail to clear the path for the vehicle. Singh was required to be present in the court by 2:30 pm.

As visuals of his huge convoy leaving Sirsa and heading for Panchkula began being aired by the news channels, director general of Police B.S. Sandhu, who had been pulled up by the high court on August 24 for allowing so many Dera supporters to descend on Panchkula despite prohibitory orders under Section 144 of Criminal Procedure Code being in place, came before the media to state that there is “peace in the region and everything is in place. Have faith in us, proceedings will take place peacefully”. He also declared that barring a few vehicles in Singh’s convoy, others would not be allowed to enter Panchkula or the court premises.

The high court bench of Acting Chief Justice S.S. Saron and Justice Avneesh Jhingan had also warned the Haryana DGP of action and noted that it did not want a repeat of the violence which was witnessed in the wake of the Jat quota agitation in February 2016, in which nearly 30 people were killed and property worth thousands of crores was looted or destroyed.

During the day, another hearing took place in the high court  in which the law and order situation was discussed. A full bench comprising Justice Saron, Justice Jhingan and Justice Surya Kant directed the government to use force, if necessary, to keep the situation under control. “In case anybody indulges in violence or breach of peace, the Haryana government can take stern action against them,” it said. As the court raised the issue of about 1.5 lakh Dera supporters entering Panchkula, Additional Solicitor-General of India Satya Pal Jain said that since August 24 evening, the Centre has sent 40 additional companies of paramilitary forces to Haryana and nine to Punjab.

Since the high court had also pulled up the state government, chief minister Manohar Lal Khattar also issued an appeal to all Dera followers and others to stay calm and respect the rule of law. A similar appeal was issued by Singh himself on August 24 and Dera spokesperson Aditya Insaan repeated it several times over during the day. However, despite Singh’s appeal to his followers to leave Panchkula and head back home, they stayed put in the city, forcing the police, paramilitary forces and the army, which had been deployed, to stay on high alert.