A spoof paper attempting to prove the entire field of gender studies a fraud has come into the limelight. But it doesn't really achieve its aim. 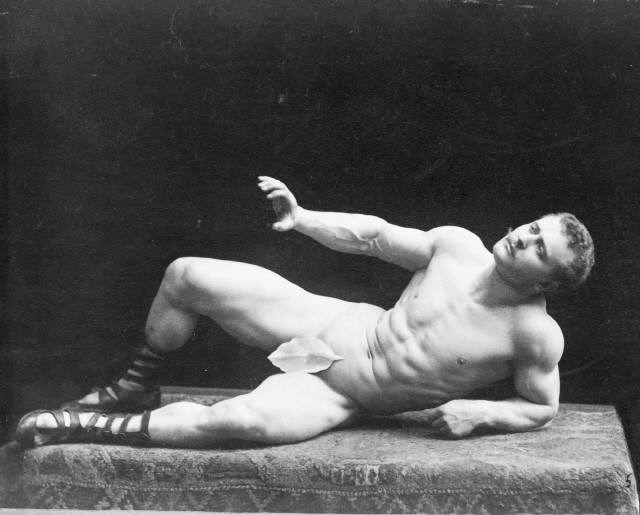 “We suspected that gender studies is crippled academically by an overriding almost-religious belief that maleness is the root of all evil.” Credit: Wikimedia Commons

A little over a week ago, on May 19, the online journal Cogent Social Sciences published a peer-reviewed paper written by Jamie Lindsay and Peter Boyle. The paper, titled ‘The Conceptual Penis as a Social Construct‘, was an argument against the prevailing understanding that the penis is a male sexual organ. In their essay, the authors instead advocate and explain their counter-argument that the penis is not in fact an “anatomical organ” but is actually “better understood…as a gender-performative, highly fluid social construct”. Using the language of postmodern jargon, the long, rambling paper goes on to relate what they called the “conceptual penis” to male aggression and, at a later point in the essay, vehemently blames climate change on this concept and the “unsustainable hegemonically male approaches to pressing environmental policy and action.”

In a tell-all published the same day in Skeptic magazine, the authors of the paper revealed themselves to be the mathematician James Lindsay – also author of several books – and the philosopher Peter Boghossian, an assistant professor of philosophy at Portland State University, Oregon. In a bigger revelation, they also explained that the paper was an academic hoax on gender studies. Their intention, they said in the reveal, was to prove the huge problem that pay-to-publish, predatory journals like Cogent posed to academics and to expose  the “echo-chamber of morally driven fashionable nonsense coming out of the postmodernist social ‘sciences’ in general, and gender studies departments in particular.”

This isn’t the first time that the field of academics has sustained a hoax. In 1996, Alan Sokal, a prominent physicist, had a paper, titled ‘Transgressing the Boundaries: Toward a Transformative Hermeneutics of Quantum Gravity’, published in a 1996 issue of Social Text, a well-known cultural studies journal. Filled with ridiculous declarations and bizarre quotes by postmodern scholars, the article claimed that “the laws of physics are mere social conventions”, that quantum theory has “profoundly political implications”. He also related it to psychoanalysis.

In an article simultaneously published in Lingua Franca, Sokal revealed that his paper was meant as a parody, driven by a curiosity to test whether an article “liberally salted with nonsense” would be published “if (a) it sounded good and (b) it flattered the editors’ ideological preconceptions”. In short, he wanted to test the standards of “intellectual rigour” in certain sections of American academic humanities by submitting nonsense, a test that the editors of Social Text failed thanks to their intellectual laziness.

Sokal’s hoax attracted both criticism and praise. While many applauded his attempt to test the falling standards of academia and the increasingly vacuous and obscure nature of theory, many also criticised his methods as unethical. However, despite what can still be viewed as a success, Sokal himself stated that his experiment did not prove that the field of cultural studies is nonsense. Neither, he said, did Social Text’s laziness prove that the intellectual standards of cultural studies was generally lax.

Boghossian and Lindsay have been less modest than Sokal about what they have been viewing as a massive success. The authors themselves have widely advertised their prank. Many have been sharing and applauding the article online. Going by the many tweets about this “demolition” of gender studies, Sokal-style, it’s certainly wildly popular.

@RubinReport @RichardDawkins @peterboghossian @GodDoesnt This is a huge victory. ? If this was Star Wars, it’d be the equivalent of taking down an SJW Super Star Destroyer

@RichardDawkins @peterboghossian @GodDoesnt Once again proving the Social Sciences aren’t sciences at all, but merely expressions of group thought.

The authors gleefully explain in their tell-all that Cogent is a “high-quality open-access journal listed in the Directory of Open Access Journals (DOAJ), which is supposed to be a reliable source. Moreover, the authors were directed to approach Cogent by their first choice to hoax – NORMA: International Journal for Masculinity Studies – as one which they were closely partnered with. Apparently, Cogent also functions within the legitimising group of Taylor and Francis, and therefore understood as a journal of high academic rigour. However, Cogent is at the same time a pay-to-publish, open access journal, which asks contributors to pay ‘whatever they can’ so that they can continue to keep it free of cost for readers.”

The authors dedicate a significant part of their Skeptic article to talking about the problem of pay-to-publish journals, pointing out that the profit motive usually trumps academic scholarship, thus allowing the proliferation of a lot of papers of low standards.

On the same point, according to the authors, Cogent claims to use a blind-review process to maintain the quality of their articles. Yet, the article made it past two of their reviewers, who merely suggested a few changes to improve the quality of the paper. One of the reviewers even marked it “outstanding” in every category of grading, while another praised the thesis statement as “sound”. Given the fact that the paper consisted of gibberish, offensive statements and liberal references to non-existent papers generated using the Postmodern Generator, as well as real papers that the authors never in fact read, the authors do seem to have chalked up a victory in this regard. An article that made no sense to the authors themselves does not deserve to be published and Cogent should have caught that.

Moreover, the paper was couched in the language of gender studies, incorporating the postmodern, poststructuralist discourse that is often a part of any academic paper in this area of social studies. The authors stress that their paper was dressed the part, even ludicrously overdressed and was still gladly accepted by Cogent as an “outstanding” piece of work. They believe that the fact that Cogent published the article shows that the field of gender studies is willing to accept anything that fits their agenda and their ideology.

“We suspected that gender studies is crippled academically by an overriding almost-religious belief that maleness is the root of all evil. On the evidence, our suspicion was justified.”

In their conclusion to the reveal, they claim that the fact that Cogent published an article that should never have seen the light of day must show that there is a deep-rooted problem with the current state of academic publishing as well as gender studies, which is crippled academically by this “overriding belief”.

In a not-so subtle foreword to the reveal, the editor-in-chief of Skeptic, Michael Sherman wrote,

“Every once in awhile it is necessary and desirable to expose extreme ideologies for what they are by carrying out their arguments and rhetoric to their logical and absurd conclusion, which is why we are proud to publish this expose [sic] of a hoaxed article published in a peer-reviewed journal today.”

Not really a victory

The problem is that the authors and their supporters are dishing out a lopsided picture. Cogent is in fact not a very well-reputed journal, and asks its contributors to pay. It may be listed in the DOAJ, but the DOAJ is, as many have stated, community-run and far from perfect. As for the authors’ claim that it functions under the same group as NORMA, the publishing models of the two are completely different. Lindsay and Boghossian have failed to note several red flags while pranking Cogent.

Second, they actually landed south of their target. Their original intention was to hoax NORMA, a journal of a little more repute. But NORMA actually turned them down and have since issued a statement saying that they thought the paper was “sheer nonsense”. They intended that the paper leave their system and were apparently not aware that the company’s automatic referral system had redirected the authors to Cogent. And even if they had ensnared NORMA, the authors would still have been far from being able to trick a prestigious journal the way Sokal was able to.

In fact, Cogent does not even have any relevance to gender studies. A study of their editors has shown that their areas of expertise lies in fields like tourism, criminology, development planning, geography, sports management and communication sciences. Tricking them into publishing a hoax article on gender studies just doesn’t have the impact that the authors wanted. Additionally, a single journal – ironically named Cogent – attempting to address such a wide variety of topics is also unusual.

Many scientists have published hoax articles in science journals. But the publication of these articles has never rendered the entire field of studies a fraud. Case in point: in 2016, a US nuclear physics conference accepted a paper – after review – that was completely written in iOS auto-complete. This hardly rendered the field of nuclear physics suspect. Similarly, in 2013, John Bohannon submitted 304 versions of a spoof paper talking about fictional lichen to various open-access journals as part of an investigation. Most of them were accepted and only a few journals did solid reviews that found the faults of the hoax paper, which Bohannon said anyone with “more than a high-school knowledge of chemistry and the ability to understand a basic data plot should have spotted”. The list of pranks perpetrated on the scientific literature is books long but the success of none of them questions the fields of study.

Rather, what the paper has done is provide a boost to the claims of climate change deniers. With its substantial gibberish highlighting climate change, the deniers have started sharing this article as proof.

Moreover, what the authors have succeeded in doing is display their blatant and frankly prejudiced disregard for the field of gender studies.

Gender Studies is primarily composed of radical ideologues who view indoctrination as their primary duty. These departments must be defunded

Everything that isn’t race is gender. #Intersectionality #BecauseReasons

The authors have claimed that the entire field of gender studies is crippled by their hatred of maleness and that it is frequently abstruse. The latter may be so – but publishing a hoax article in a journal that didn’t have anything to do with gender studies and is deeply suspect cannot in any way prove that the entire field is a fraud or that its academic standards are weak. For them to boast of genuine success, they would have had to approach a well-reputed, prestigious social sciences and/or gender studies journal and then trick experts into swallowing their gibberish. All it shows at present is the paper’s inability to be accepted by a journal of some repute.

The hoax does not prove the fraudulent, unethical practices of pay-to-publish journals. It certainly highlights Cogent as part of the problem. However, that is something that has been tested before and it might even be boringly unoriginal.

Indeed, the fact that an academic field has been hoaxed 21 years after Sokal did the same thing shows that academic journals have failed to tighten their standards regarding the reviewing of papers, but the article itself has not proved the ideological problems with the field in question. Instead, it has revealed the prejudices of both authors regarding feminist academics.