The construction of the Muslim woman in contemporary feminist discourse conceives of marriage as an institution that confers economic security on women. 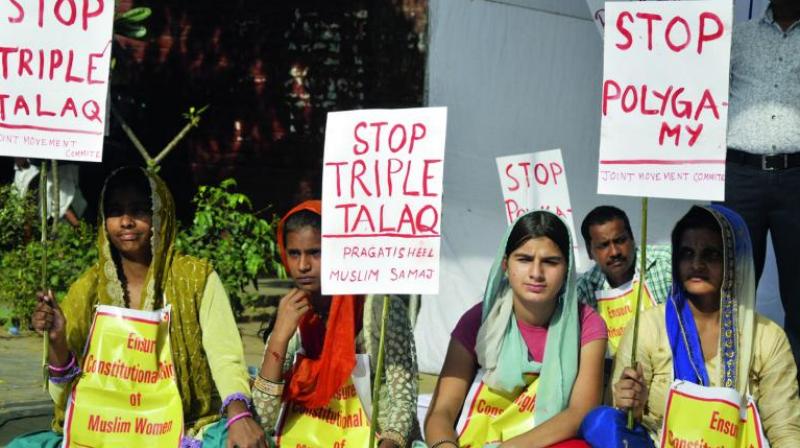 A vision of gender justice where the state merely ‘protects’ Muslim women from destitution does not constitute transformative politics. Credit: PTI

On September 9, 1937, Muhammad Ali Jinnah made a passionate speech in the central legislative assembly during the enactment of the Muslim Personal Law (Shariat) Application Act. The Act sought to replace retrograde customs followed by Muslims in provinces where women were not allowed to inherit property with principles of the Shariat that granted absolute shares of property to women. Jinnah emphasised the significance of recognising women as absolute heirs of property who would not merely be dependent on maintenance within the framework of the patriarchal family and kinship structures. He said:

“If she gets half in her own right, she is the sole mistress and master of that share of hers; and in these days and even in earlier days and even today the economic position of woman is the foundation of her being recognized as equal of man and share the life of man to the fullest extent. Therefore, that being the principle, namely to avoid this uncertainty and to avoid the costly litigation that occurs for any of these customs not being defined or ascertained, it is desirable that at any rate we should secure to the female heirs their proper share according to Muslim law.”

It is important to revisit this moment of law reform at a time when the conversation around the criminalisation of the regressive practice of oral, unilateral divorce and the broader agenda of reform of Muslim personal law has revolved around post-divorce maintenance. The construction of the Muslim woman in contemporary feminist discourse conceives of marriage as an institution that confers economic security on women. Feminist concerns concerning Muslim personal law reform in general and Muslim Women (Protection of Rights on Marriage) Bill, 2017 more recently have been around ‘protection’ of wives in the heterosexual institution of marriage , concerns about ‘destitution’ of the wife when the husband is jailed and ‘economic security’ to be provided by husbands following divorce.

This construction of the Muslim woman forecloses the possibility of addressing humiliation of her personhood and right to a life of dignity as a result of structural injustice perpetrated by a cultural practice. Renowned women’s rights lawyer Flavia Agnes argues that a criminal conviction cannot ensure that an “aggrieved woman” has “food on her plate and the means to take care of her minor children”.

It seems like a ‘poor Muslim woman’ can only speak about justice in terms of ‘maintenance’ or reparation for fear of not having ‘food on her plate’. In contrast, the impulse to reform Muslim personal law in the 1930s was informed by a conception of the rights-bearing personhood of women even if they were placed within structures of hierarchy and the patriarchal family.

Jinnah recounted how the lack of absolute property rights of widows led to their destitution. As a result of prevailing customs, a widow was only entitled to meagre, irregular amounts of maintenance to be provided by male heirs. The Bill was premised on a notion of women as rights-bearing persons whose economic welfare could be secured by absolute ownership rather than meagre amounts of maintenance.

In 1939, the Dissolution of Muslim Marriages Act made a number of grounds for divorce available to Muslim women based on the Maliki doctrine. Qazi Muhammad Ahmad Kazmi, the proponent of the Bill and one of the primary interlocutors in pushing forward this legislation, argued against the automatic dissolution of the marriage of Muslim women as a result of apostasy. Though this move sought to forge a unified Muslim community, Kazmi’s construction of the Muslim woman conflated a discourse of civil rights and rights to freedom and autonomy with questions of religious identity. He cited the Caste Disabilities Removal Act, 1850 to argue that a woman was being deprived of her civil rights as a wife if her marriage was automatically dissolved as a result of apostasy. He stressed the need to secure freedom and autonomy to women with ‘liberal’ minds.

Statutory legislation on Muslim personal law, which was enacted in the midst of enthusiasm for social reform legislation in the 1930s, illustrates that the personhood, autonomy and dignity of Muslim women need not be sacrificed at the altar of ensuring economic rights through marriage. Feminist work of the 1980s and subsequent decades has questioned the appropriation of Muslim women’s cause by the Hindu Right. But we also need to unpack the construction of the Muslim woman as a hapless victim who needs the economic security of post-divorce maintenance as the only avenue for addressing gender justice.

Article 15 of the Indian constitution dwells on prohibition of discrimination on the grounds of religion, race, caste, sex, or place of birth. Article 15(3) states: “Nothing shall prevent the State from making any special provision for women and children.” Article 38 says that the state shall “strive to promote the welfare of the people by securing and protecting as effectively as it may a social order in which justice, social, economic and political, shall inform all the institutions of the national life.”

Does the state fulfil its obligations to make special provisions for women merely by securing maintenance? Is it not the duty of the state to respond to articulations of claims that seek redressal for a violation of personhood by systemic structural violence condoned by sites of patriarchy within cultures? Is the Muslim woman as a bearer of her religious identity so firmly located in the structures of family and kinship that she cannot articulate a notion of personhood and dignity besides her role as a passive recipient of economic goods within the family? 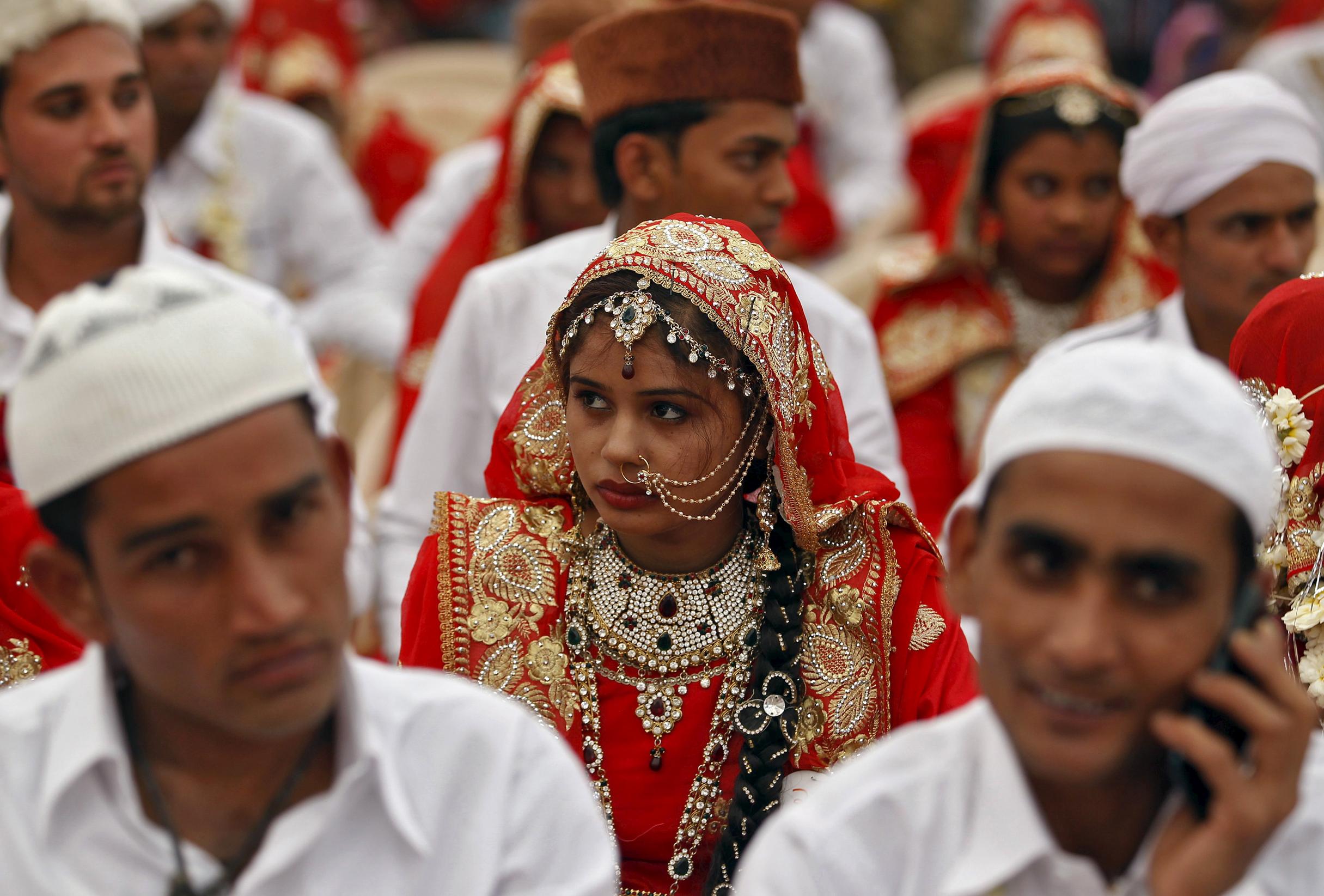 After independence, the preservation of personal law systems as a form of securing minority rights meant that a discourse of protectionism that reified culture as well as women’s location within culture informed the post-colonial state’s approach to questions of minority personal law reform. Narendra Subramanian has noted in his book Nation and Family: Personal Law, Cultural Pluralism, and Gendered Citizenship in India how the momentum to reform Muslim personal law slowed down post-independence.

Feminist scholarship of the 1970s imagined all personal laws as inimical to women’s rights and advocated the enactment of a Uniform Civil Code by the state as a means for ensuring gender justice. The Shah Bano debate further intensified this tendency to think of Muslim women’s rights in terms of marital obligations of a husband to provide economic security. In the post-Shah Bano years, a progressive reading of the Muslim Women’s (Protection of Rights to Divorce Act) led high courts to reward substantial maintenance payments to Muslim women, yet the discourse of legal reform continued to revolve around maintenance.

In the post-Shah Bano era, the Muslim woman was conceived both by the courts and the women’s movement as tied down to the economic logic of the ‘Muslim’ family with the male as a provider. The evidence cited to justify arguments relied on the preponderance of maintenance claims in the reported case law.

‘Multiple lives of the law’

This construction of the Muslim woman elides what the legal historian Rohit De calls the ‘multiple lives of the law’ that have shaped the legal consciousness of Muslim women in women’s networks outside the courts over the last decade. These spaces are not parallel structures located outside the law. Rather they intersect with state apparatuses, especially those with coercive authority, in important ways.

The informal Shariat courts run by women of the Bharatiya Muslim Mahila Andolan (BMMA), a prominent voice in the movement for Muslim law reform over the last decade, amply bear out this phenomenon. In these informal fora of adjudication, the claims made by Muslim women are couched in a language of ‘justice’ that seek an end to abusive relationships and to structural violence of community and cultural practices. In Logics of Empowerment: Development, Gender, and Governance in Neo-liberal India, Aradhana Sharma has illustrated how feminist organisations have begun to negotiate the coercive apparatuses of the state.

A demand for criminalisation of a regressive cultural practice therefore needs to be read in conjunction with the multiple lives of the law in community spaces and the changing configurations of women’s claims on the law. While there can be a debate on the modalities of the legislation and the quantum of punishment, an outright rejection of a demand for criminalisation as ‘fascist’ and ‘anti-minority’ does not address the varied ways in which women access and use the legal system outside law courts.

I will use the example of one recent case of a woman victim of triple talaq that came up in the Shariat court run by BMMA in Mumbai. Afza (name changed to protect identity), a 20-year-old who had approached the court on December 11, had been divorced by her husband two weeks ago. The pronouncement for triple talaq was preceded by serial domestic violence and abuse by her in-laws and her husband for two years. This illustrates that triple talaq isn’t just ‘three meaningless words’ that have no legal force as is being argued by some lawyers. The unilateral divorce was initiated by her husband in a fit of rage when she left for her mother’s house unable to put up with the continuing torture. In Afza’s and her family’s formulations, a sense of justice entails an end to this regressive practice through legislation. Afza wishes an end to her marriage as she perceives it as inimical to her individual autonomy, dignity and freedom.

There are several such narratives of Muslim women firmly grounded in community spaces making claims of individual autonomy, dignity and personhood to end abusive marriages. The end of an unjust social order by the coercive force of law is privileged over the need for maintenance in their claims on informal courts. Informal courts intersect with state institutions and coercive apparatuses to legitimise their authority within communities. For example, invoking the fear of the provision of section 498A of the IPC to address domestic violence cases, references to the latest Supreme Court judgment and the possibility of legislation on triple talaq to instil sensitisation about the same in community spaces, constitute important rhetorical strategies for the women qazis in these courts.

Any commitment to the constitutional vision of a just social order for women cannot afford to ignore these varied itineraries of the law that constitute sites of justice. A vision of gender justice where the state merely ‘protects’ Muslim women from destitution does not constitute transformative politics. A feminist politics which unproblematically aligns itself with a protectionist narrative of ensuring economic security for Muslim women without engaging the structural violence of the family and communities needs to rethink its ethics.

Sagnik Dutta is a Gates Cambridge scholar and doctoral candidate at the University of Cambridge. He is currently conducting fieldwork in local Shariat courts in Mumbai.