What Should We Expect From Liberal, Feminist Men Like Aziz Ansari?

Every #MeToo story doesn’t involve brutal rape and exploitation, but that doesn’t make them any less important. 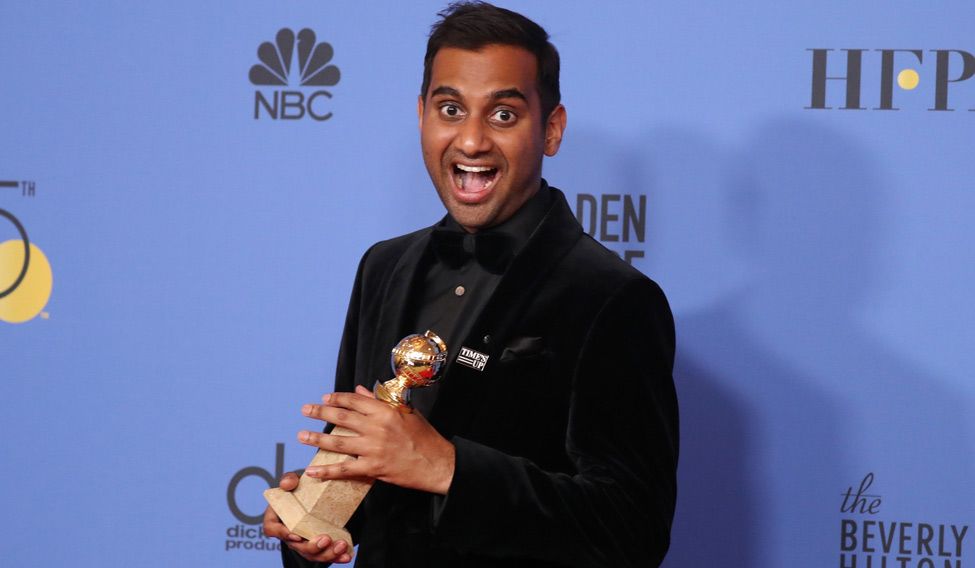 Say you meet an attractive man – he’s older, he’s famous and, most importantly, he walks the talk when it comes to feminism and respecting women. In fact, he does it so well that media outlets have called him a Certified Woke Bae in the past. To your delight and excitement, you two hit it off and start texting. After several days of this, you go on a date and then head to his apartment after dinner. You’re probably expecting more of the charming banter you two shared over text and the humour he displays on screen; instead you find yourself with a person who is so intently focused on having sex with you that he misses/ignores all your apparent discomfort with the situation. You feel violated, like you’re slipping from ‘person’ to ‘sex object’ with every unwanted advance, and eventually you just give up and Uber home.

Many people have read Grace’s (a young photographer whose name has been changed) account of her interaction with comedian and actor Aziz Ansari and asked questions like ‘Why did she go to his place on the first date if she didn’t want to have sex?’ and ‘Why didn’t she just leave?’ Others have also wondered if this wasn’t just an awkward encounter and now Grace is using Ansari’s fame for vindication. Which insinuates that naive little Grace went on that date expecting to be swept up in a high-visibility romance with Ansari and left dejected when she realised he just wanted sex.

Several male downfalls ago, some writers warned that the unrestrained support for ‘Me Too’ would generate widespread backlash. Well, it’s here. So many – far too many – people have read Grace’s account and declared that #MeToo has gone too far. The underlying sentiment for detractors and sceptics seems to be, ‘Well, what did she expect?’

But a question I’d rather ask is, ‘What do we expect of men?’ Statements like she should have left him or never gone to his place if she didn’t want sex assume that men are all sex-starved and single-minded in their pursuit of it. Is it so outrageous to expect men to want good conversation in an intimate environment? To say that Grace should have left immediately is to think that men are irredeemable, that they are somehow incapable of reading a situation or perceive their companion’s discomfort. And so women shouldn’t expect any better from them.

Others who have trivialised Grace’s account as a common experience miss the point that the commonness itself implies that men and women often have different ideas about consent. And that’s a scary thought if you’re a woman who dates men. Ansari responded to the Babe article with a statement that says he believed his interaction with Grace was consensual at the time. He’s not new to feminism or the problems of sexism – he’s covered related material extensively in his stand up acts, his book on modern dating and his award-winning show, Master of None. Even if we take Ansari at his word, we’re faced with the possibility that men – even seemingly woke ones – subscribe to ideas of masculinity that render women’s opinions and emotions invisible or, at the very least, inconsequential.

Also read: What Being ‘Bold’ Means for Women

What happened to Grace does indeed happen often and it leaves women feeling duped and humiliated. It’s depressing to think that for men, hanging out with women is only a worthwhile pursuit if it leads to sex. That’s demeaning to men as well as women. It also reinforces the gendered dynamic of women as sexual playthings who are incapable of having an interesting thought or maybe even two. But if women don’t express their discomfort with the way things are, how will we move towards a safer dating culture?

Pointing out that someone did something wrong is hardly the same as suing them or carting them off to jail; it can also be a constructive way to talk about how to improve and prevent such things in the future. Some have tried to absolve Ansari of all blame by claiming he is the humiliated victim in a racialised power dynamic. In Atlantic writer Caitlyn Flanagan’s words, it has taken no time for “privileged young white women to open fire on brown-skinned men”. Are men of colour villainised and more likely to be penalised than their white counterparts? Yes. Does that mean that’s the only explanation for what happened between Ansari and Grace? No. To begin with, power is a relational thing, it shifts with context and people. Grace may be white but Ansari is more influential. And none of this masks the fact that consent is a tricky thing to navigate and our cultural mores are inadequate for understanding or practicing it. 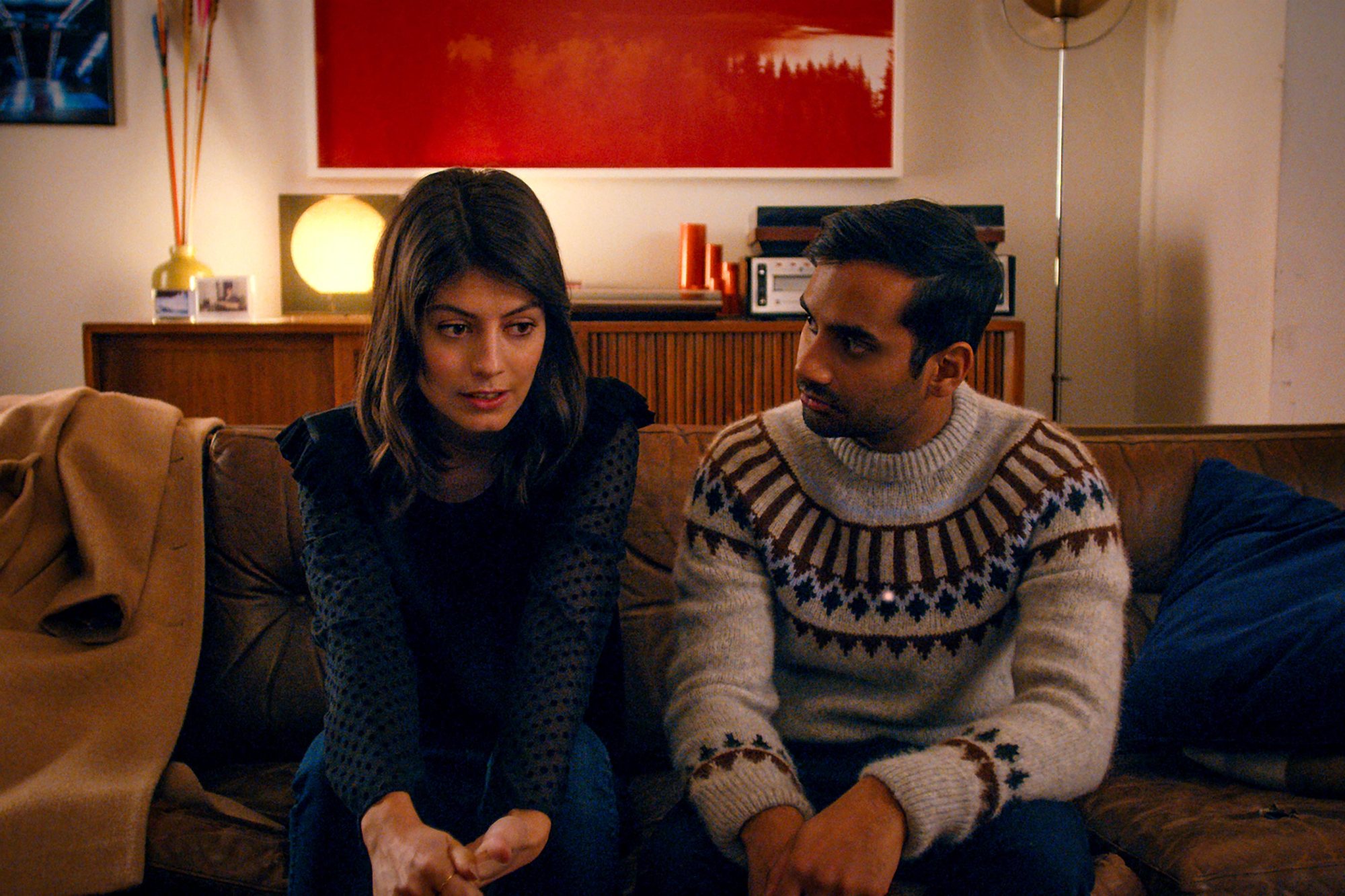 Aziz Ansari and Alessandra Mastronardi in a still from Master of None. Credit: Netflix

Over the past few months, we’ve asked ourselves what to do with the art of monstrous men because the men themselves obviously had to be done away with. But what do we do with men who genuinely believe that their non-violent interactions were consensual? Many have dismissed Grace’s experience as overblown because there was no physical violence. Ansari did not restrain her from leaving, nor did he threaten to or actually destroy her career à la Harvey Weinstein. But decades of organised exploitation of dozens of women cannot be our only standard for assault and harassment.

I don’t believe that Ansari is irredeemable like Weinstein or Kevin Spacey, nor do I believe he is blameless. There was a power dynamic at play when he interacted with Grace and it did skew towards the older, wealthier, famous Ansari. It was his responsibility to be cognisant of that disparity and not misuse it, especially so because he publicly subscribes to a feminist ethos. But as writers like Jessa Crispin have pointed out, for feminist men to be a reality, feminism should show men “the parts of themselves, their own feminine nature and their capacity for compassion and vulnerability, that they have dismissed as mere weakness, that need to be reclaimed. It is a psychological – even a spiritual – project, not merely a political one.”

It’s easy to denounce rapists and even easier to dismiss men who equate feminism with misandry and bleat about men’s rights, but what do we do with the men who should know better? As things stand, we’ve all been raised in patriarchal cultures steeped in toxic masculinity. No single movement or breakthrough like the Weinstein story can undo millennia of disparity and oppression. That doesn’t mean that every story needs to be a white woman’s account of brutal rape or exploitation, and that also doesn’t mean that restorative justice is entirely off the table for everyone. Ansari’s career is far from destroyed – he still has his awards and his show. If he does actually plan to “continue to support the movement that is happening in our culture”, he can make an example of himself by publicly committing to educate himself about consent and come up with other redemptive measures.

If men don’t respond to every ‘Me Too’ with an actionable ‘I Will’ and actually stick to it, this cycle of public shaming and denial will continue endlessly. And as Crispin prophesied months ago, “men will continue to be surprised to discover that under their feminist T-shirt beats the heart of a predator.”