A professor has been accused of bullying her students. While some have called her actions unacceptable, other have defended her by pointing to the pressures of being a woman in a male-dominated field. 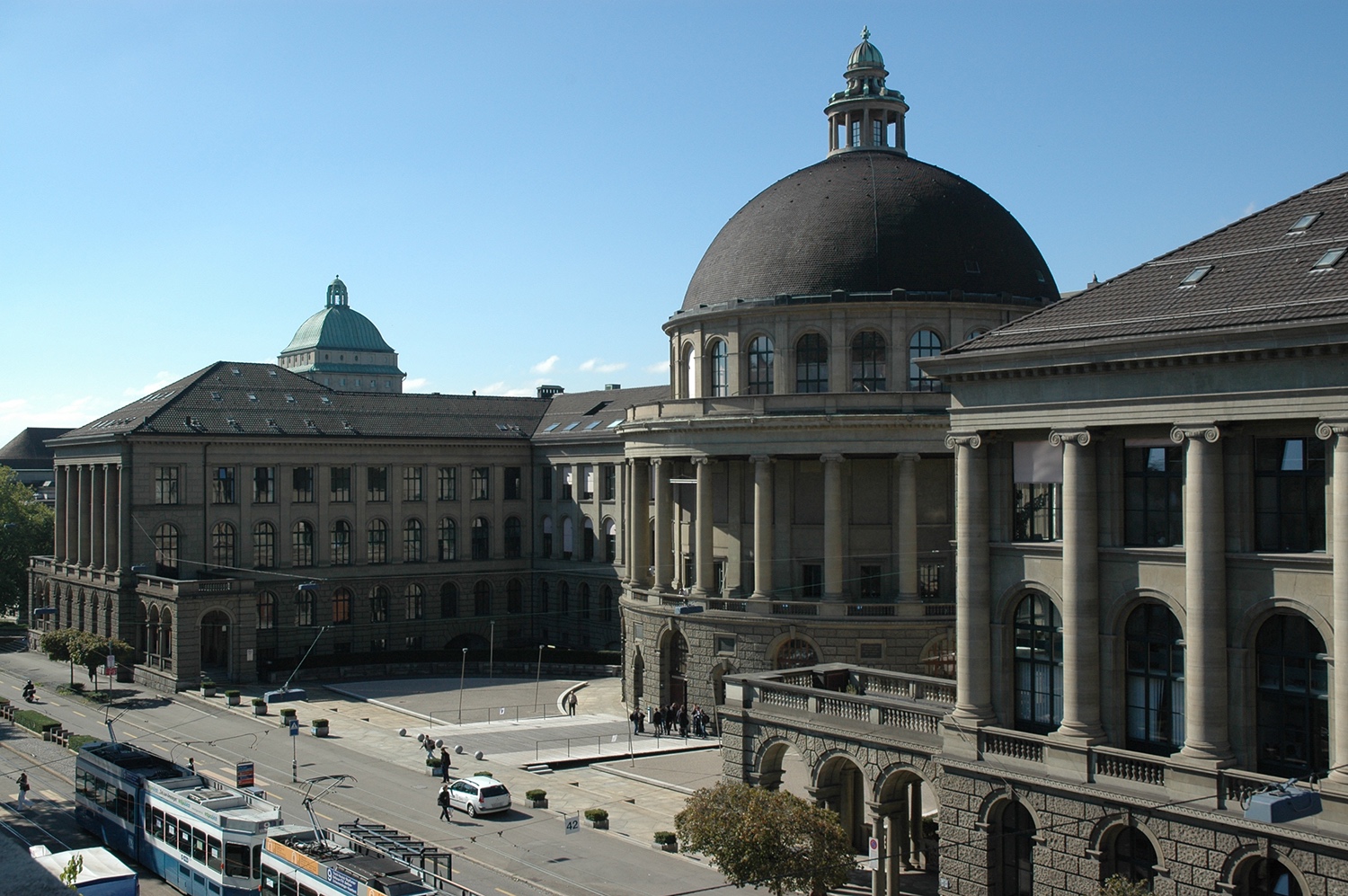 Note: This article was updated on November 4, 2017, with Prajval Shastri’s comments.

Chennai, November 1: The Swiss Federal Institute of Technology in Zurich, known as ETH after its German name (Eidgenössische Technische Hochschule), quietly shuttered its Institute of Astronomy in August after escalating complaints against its founding professor for bullying students, denying them leave and scheduling late-night meetings.

The decision to shut down the centre has triggered a wider debate within the scientific community about the fraught relationship of PhD supervisor and student, proving a glimpse into a high-stress environment where students work in close proximity with top scholars. While some of her peers have called her actions disproportionate to the desire to excel, other have defended her by pointing to the pressures that come with being a woman in a male-dominated field.

The issue was first reported by NZZ am Sonntag, a Swiss weekly, on October 21. Neither NZZ nor ETH have named the professor in any of their reports or statements, presumably following the Swiss press council’s suggestions on respecting an individual’s privacy. However, Science magazine chose to publish her name: Marcella Carollo.

The university’s executive board took on the complaints in February this year but, according to Swissinfo, they had first arisen over a decade ago. Some observers have pointed out that the “swift action” ETH took had actually been delayed for that long. What complicates the issue is that, in this time, Carollo’s husband, Simon Lilly, was the head of the Institute of Astronomy, and there are allegations that he had ignored complaints against his wife.

According to a statement issued by ETH, “The personnel set-up at the Institute [of] Astronomy was not ideal, as both the professor in question and her husband were employed as professors in the same institute.” It acknowledged that such a set-up had come to be only because it happened in 2002, adding that, “Nowadays such a pairing within the same institute would no longer be possible.”

Carollo received her PhD in astrophysics from the Ludwig Maximilian University of Munich in 1994. After that, she was at Leiden University, the Netherlands, for two years, and at Johns Hopkins University, Maryland, for three. From 1999 to 2001, she was an assistant professor of astronomy at Columbia University in New York. In 2002, she moved to ETH Zurich as associate professor along with her husband, and founded the Institute of Astronomy there. Carollo is known for her work in extragalactic astronomy.

The complaint lodged by some of the students with the university’s ombudsman states that Carollo “demonstrated inept management conduct toward many of her graduate students”. According to them, she would expect them to be available at all times, including to attend meetings that would run late into the night, expect to forego leave and, in all, demonstrate “superhuman commitment”. Science also reported that she would criticise students’ postures and “tell them to spend less time on makeup and more on research”.

Now that the institute has been shut, according to ETH, Carollo, Lilly and other faculty members have been transferred to the newly formed Institute of Particle Physics and Astrophysics at the university – as have all their students. ETH has also stated that it will have an independent expert evaluate the complaints and ETH’s response, and help the university put in place measures that will allow students to escalate matters faster in the future. In the meantime, Carollo and Lilly have been sent on leave.

“Note that all this happened in August, much before the entire issue became public, so it was not a response to public outcry,” said Sreeyuth Lal, who completed his PhD at ETH Zurich last year. “The fact that ETH shut down a world-renowned lab purely because of student complaints shows that it is responsive to unethical behaviour in academia.”

Also read: The sexism of astrophysics and why its women have it much less stellar

On the other hand, Peter Coles, a theoretical astrophysicist at Cardiff University, opined on his blog on October 23 that ETH’s efforts to keep Carollo’s identity a secret, quietly closing the Institute of Astronomy and transferring its members out to other departments amounted to protecting Carollo but not providing any other forms of redress for the victims. “The institution has allegedly taken over a decade to respond to the accusations of bullying. What compensation or other redress is being offered to those who have been bullied in the [institute] during this time? I suspect the ETH just wants to keep the lid on this scandal and hopes it goes away by the time the individuals involved return from ‘gardening leave’. That is not an adequate response to a situation so serious that it necessitated the closure of an entire institute,” he wrote.

A day after ETH launched its official investigation on October 25, a community-led letter of support for Carollo was circulated on social media. It stated, “The students of the female professor in the article have done far better than the norm. Her first five PhD students all finished and got tenure track positions. This is a most unusual “statistic that does speak for itself”.” It added later: “From our own personal observation, she has been unusually dedicated to her students. If at times, she comes across as a relentless task master, this owes to her commitment to her students and desire to maximise their career chances.” The letter was signed by some of Carollo’s former students, some visiting professors and her colleagues at ETH, and a clutch of “leading international scientists”.

Chris Lintott disagreed. An astronomer at the University of Oxford, Lintott extensively annotated the letter and drew attention to some of the authors’ claims. For example, in response to the observation that Carollo’s students do “far better than the norm”, he wrote, “[a] few of the under 15 footballers who play on the pitch near my house will go on to be professionals, but that doesn’t mean their coach is allowed to train them for 9 hours a day.” Lintott also disputed that the student dropout rate of 30% under Carollo was “not unusual”, that the lesser figure of 10% was “common for most big institutes”. He also said that ETH would have to take another look at its admissions policy if it thought it was fair to let “nearly a third” of its students fail as well as if it didn’t think a PhD was a “two-way commitment”.

The implications of this issue go beyond ETH or science to the broader questions that PhD students and supervisors confront across disciplines. For example, the controversy has also raised the complex interplay of gender.

According to Ursula Keller and George Lake, two of Carollo’s colleagues at ETH and signatories of the aforementioned letter, Carollo and Keller together are all the female physics professors at the university – out of 50. Lake told Science, “If they aren’t as aggressive as males, they get steamrolled. … I could list 5% to 10% of my colleagues who are guilty of the same and get no blowback.” Keller added that more people needed to acknowledge the role “unconscious bias” plays in how “behaviour is perceived”.

“Often, professors justify [such objectionable] behaviour by pointing out that they are only making students do what they themselves are doing on a daily basis,” Lal said. “If a meeting goes on until midnight, the professors are also present in the meeting. They expect students to work on weekends since they are also working on weekends.” He clarified that he wasn’t trying to justify what had happened but only trying to make sense of the thinking behind these actions.

But Prajval Shastri, a professor at the Indian Institute of Astrophysics, Bengaluru, is not sure that the problem could have been one of gender, and that the allegation (if proven) will be inappropriate irrespective of Carollo being a woman. “This particular accusation may well be seen as unfair because the phenomenon is not uncommon,” she told The Wire. “But just as intellectual merit and scientific integrity are mutually exclusive dimensions, so is nurturing ability in academia, and it is important to put in place systems and mechanisms that strengthen all of them.”

At the same time, she keeps the door open for the possibility: “I do not think it is any more common for women scientists to be pushed into bullying tendencies. If there is evidence that it is, then we need to ask some tough questions about where we are headed.” As Lal said: “Being a female in a highly male-dominated sector makes women push that much harder. It’s a different issue that this attitude results in limits being crossed more often than not.”