Beyond Triple Talaq, India Needs a Debate on How to Reform Muslim, Hindu Law

India needs a UCC that draws not on the norms of one religion but on the most promising aspects of its various dynamic cultures so as to democratise families, religious groups, and the nation. 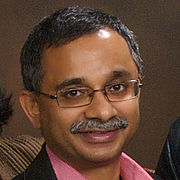 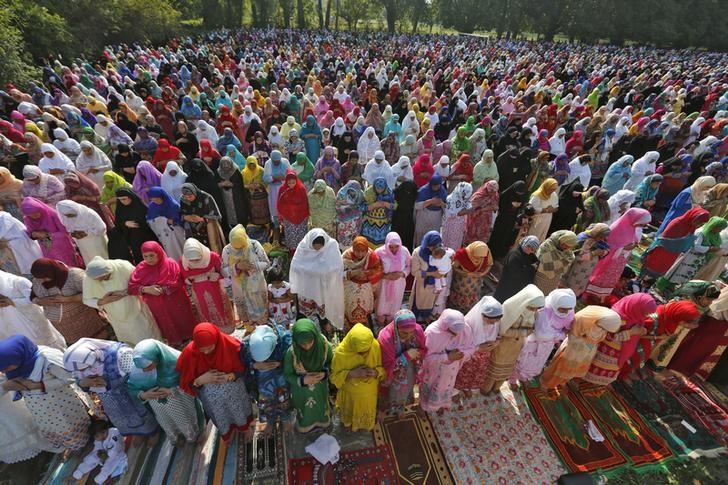 In the Shayara Bano v. Union of India case currently before the Supreme Court, the petitioners, some women’s organisations and community organisations, and the Indian government have pressed the court to introduce certain desirable changes in Muslim law and, more importantly, to approach all personal laws in new ways.

In 2002, the Supreme Court invalidated triple talaq or talaq al-ba’in (unilateral irrevocable male repudiation) in Shamim Ara v. Union of India, following the lead provided by certain high courts since 1978, and made the validity of talaq dependent on the man providing “good reasons” for his decision and proof of having attempted reconciliation involving the relatives of both partners.

It could proceed further now, by specifying standards by which the reasons for repudiation are to be assessed, making talaq’s validity contingent on the wife’s consent or judicial approval (for which Aaqil Jamil v. State of UP (2017) is a recent high court precedent), or invalidating unilateral repudiation. This has a bearing on how many Muslim marriages are terminated.

The court has refused to consider the other two changes demanded – banning polygamy and nikah halala – which were irrelevant to the petitioner’s circumstances. The government’s broader plea is that the courts should amend personal law systematically based on various international covenants and the fundamental rights recognised in the constitution, specifically the rights to equality and non-discrimination, and the right to dignity that judges consider implicit in the constitutional right to life.

Let’s consider some aspects of the global and national context. About a third of the world’s population is governed by personal laws based partly on religious and other cultural norms. This is a recognition of  the widespread feeling that cultural identities are expressed in family life, even if these laws provide unequal rights for the genders and limit individual liberties in various ways.

Most contemporary governments recognise equality and liberty as constitutional values, but feel torn between promoting these values and accommodating sentiments favouring personal laws and other forms of cultural recognition that grant unequal rights. Broadly speaking, they have sought to resolve the tensions between these goals in different ways.

Turkey, Senegal and Tunisia increased women’s rights and individual liberties substantially – Turkey by introducing a civil code, Senegal by adopting a civil code while allowing Muslims to have Islamic law govern their matrimonial lives, and Tunisia by changing colonial Islamic law extensively. While Lebanon and Syria retained most colonial-era personal laws, many countries including India took the moderate path of increasing women’s rights and individual liberties in some ways while retaining the authority of men, joint families, and community leaders in other ways.

The Indian government tried to resolve the tensions between constitutional rights and unequal and illiberal personal laws by changing Hindu law and pointing toward a future uniform civil code (UCC).

However, neither parliament nor the courts changed personal law by systematically invoking constitutional values. The Hindu law reforms of the 1950s were not based on the fundamental rights enshrined in the cobnstitution, but on the Mitakshara and Dayabhaga schools of Hindu law as colonial officials had understood them, selections from the dharmashastras and commentaries on them, and regional and caste customs, as well as the Western legal model of marital monogamy. Hindu norms influenced later changes in Hindu law too.

When certain personal laws were contested, the courts resisted assessing them based on the fundamental rights, starting with State of Bombay v. Narasu Appa Mali (1952), now under challenge. They changed minority personal laws from the 1970s, but only when they found support in the laws, norms, and initiatives of the concerned groups. It was on such grounds that courts restricted the conditions under which talaq would be valid (based on the mode of repudiation the Quran recommends, hadith that report the Prophet Muhammad to have considered triple talaq revocable, and reputable commentaries, in cases such as Sri. Jiauddin Ahmed v. Mrs. Anwara Begum (1978) and Shamim Ara), increased the support Muslim husbands owe their ex-wives (based on interpreting the Muslim Women (Protection of Rights on Divorce) Act in view of constitutional principles and on Qur’anic verses on mata (provision to ex-wives), as interpreted by classical jurists, in cases such as Arab Ahmedhia Abdullah v. Arab Bail Mohmuna Saiyadbhai (1988) and Danial Latifi v. Union of India (2001)), and increased Christian women’s divorce rights – relying on the doctrines and demands of Christian churches and lay organisations, in Mary Sonia Zachariah. v. Union of India (1995) and Pragati Varghese v. Cyril George Varghese (1997).

The more extensive and imaginative application of constitutional and international law principles to personal law could inspire many worthwhile changes. The most important changes that civil society actors are currently demanding are the entitlement of all Muslim women to inherit agricultural land (only about half of them have this right now), the grant of equal shares to conjugal partners in matrimonial property, the restriction of rights to will Hindu property which are often used to disinherit women, and the decomposition of jointly owned Hindu property into individual shares. These would be more consequential to the rights of women than Shayara Bano’s demands. While courts are unlikely to introduce such major changes, they could press legislators to do so if they have a mandate to assess personal law based on constitutional rights.

While such changes would be valuable, the Indian government’s submission in this case misrepresents crucial aspects of the development of personal law, community orientations, and social reform, reflecting widespread misunderstandings. It claims that Hindu law was changed based on constitutional values, but minority laws were not. This claim is part of a larger story told by many political and legal elites since independence. This story presents the emphasis on Hindu law reform as reflecting greater Hindu support for reform, and assumes that Muslim backwardness is the main constraint to introducing a UCC, which would best enable gender justice. Versions of this discourse inform the current government’s call for a UCC and the law commission’s public consultation about this.

Contrary to this view, support for personal law reform was not weaker among Muslims than among Hindus in the last colonial decades. Reform mobilisation helped Muslim women gain rights to inherit substantial family property and to divorces in the 1930s, two decades before Hindu women did. Soon after independence, important Muslim leaders wanted further reforms imagined through Islamic reasoning, such as entitling women to inherit agricultural land and control their dower, restricting or ending polygamy and talaq, and increasing the minimum marriage age.

Maulana Abul Kalam Azad, Naziruddin Ahmad and Hussain Imam were open to the future adoption of a UCC formed through the confluence of India’s various religious and cultural traditions, rather than the imposition of Hindu norms or Western codes. The leaders who designed personal law policy after independence, such as Nehru and Ambedkar, were disengaged from Muslim initiatives and outlooks, mistook Muslim demands to retain religious laws for resistance to changes in these laws, and missed an opportunity to change minority laws. They focused their modernisation projects on Hindus and their visions of the modern family on Hindu law.

Nevertheless, we saw that the Hindu law reforms of the 1950s did not systematically promote constitutional rights. The main changes extended divorce rights, banned polygamy, accepted inter-caste marriages, and granted daughters equal shares in separate property (to which their parents have individual titles) that had not been willed. However, divorce rights were only offered based on spousal fault three years after judicial separation. Testamentary rights over separate property were not limited. Moreover, ancestral property remained largely under the joint control of male relatives, and testamentary rights over such property were increased although people usually willed most of their property to their sons. This signalled that leaders valued women’s rights and marital monogamy without seriously curtailing the authority of men and joint families. Reform was limited because of the political influence of groups that valued or benefitted from unequal cultural norms.

The rights of Hindu women can be enhanced by incorporating valuable minority laws such as Islamic restrictions on testamentary rights and the matrilineal customary laws of certain Adivasi groups into Hindu personal law.

As a result, despite the focus on changing Hindu law to enhance the position of women in family matters, Christian and Muslim women had greater rights than Hindu women after the reforms to ancestral property. The inheritance rights of Muslim women were more secure because testamentary rights were restricted to a third of one’s property in Muslim law, and Muslim women had greater divorce rights. Although reform continued to focus on Hindu law even after the 1950s, Hindu testamentary rights remain unlimited and Hindu widows still get only small shares of jointly owned family property.

Despite their roots in patriarchal traditions, India’s personal laws have been changed moderately to promote women’s rights and individual liberties. Personal laws have been changed more extensively along these lines in Tunisia and, more recently, in Morocco, demonstrating that group rights are compatible with egalitarian liberal reform. The basing of the Tunisian reforms in Islamic jurisprudence gained them broader support, enabling the sustenance of reform. There was much opposition, by contrast, to the import of the Swiss Civil Code to Turkey, which could be maintained only through periodic authoritarian rule. This contrast indicates that reforms are more often considered legitimate if they are based in the relevant group’s norms, in societies with personal laws, where many want to express group culture in family life.

What kind of UCC?

Hindu nationalists have nevertheless pressed for a UCC, which they claim would best promote gender equality. As certain minority laws favour women more in some respects than Hindu law does, a UCC can best promote women’s rights only if it includes aspects of the various personal laws and civil laws regarding family life such as those of the Special Marriage Act. In these circumstances, official statements that Hindu law was changed to promote constitutional values and that Hindu law reform paved the way to a UCC are problematic. This is particularly so when initiatives to reform Muslim law and devise a UCC are piloted by a Hindu nationalist government that propagates stereotypes of Muslims as backward. Such stereotypes and attachment to Hindu hegemony limited official receptivity to minority reform demands even when multi-religious parties were in power – demands such as giving all Muslim women rights to inherit agricultural land (which even conservative organisations like the All India Muslim Personal Law Board support) and, until recently, for Christian adoption rights. They have also contributed to resistance to improving Hindu law by incorporating valuable minority laws such as Islamic restrictions on testamentary rights and the matrilineal customary laws of certain Adivasi groups.

These problems have only become greater under BJP rule. The limited reform of minority laws and the tendency to connect Hindu law with a UCC would make a UCC drawn largely from Hindu norms and laws more likely. Such a UCC would have limited minority support. Moreover, it would not effectively draw from the most promising aspects of India’s various dynamic cultures for democratising families, religious groups, and the nation.