How Did a DD Show on Sex Education Become India’s Most Watched Television Programme?

The show uses the form of a highly charged soap, complete with dramatic music and cliff-hangers, to impart lessons on spacing between pregnancies, contraceptives, puberty, and domestic violence. 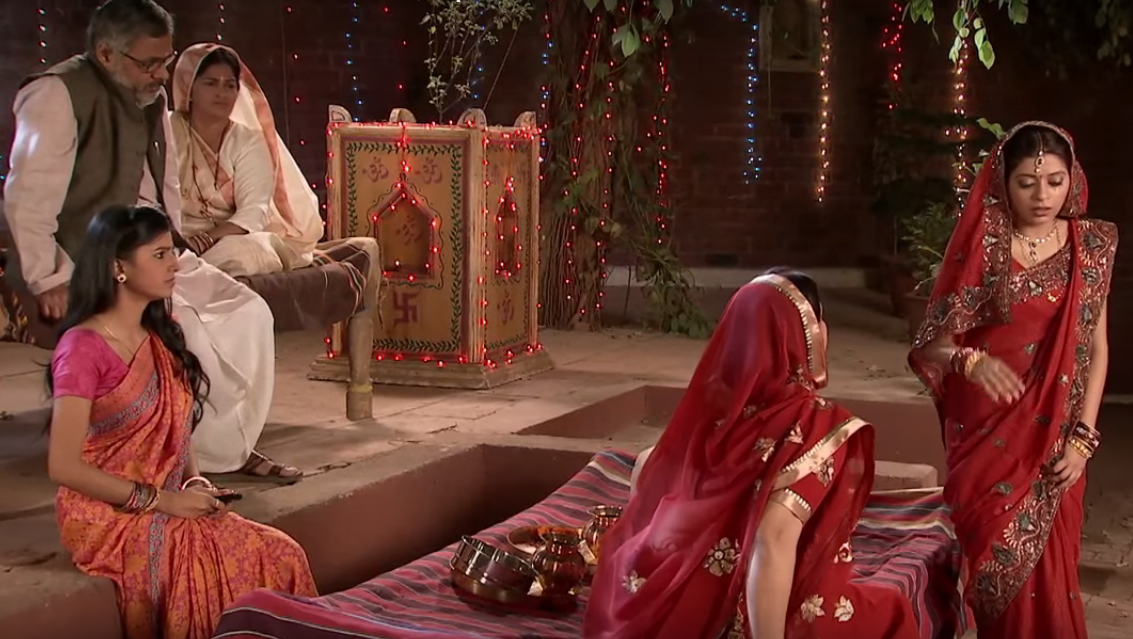 Pregnant Ratna, pallu on head and bedecked in karwa chauth finery, gulps and sways. “Woh nahi aayenge,” she says in a thin voice, before her eyes roll back and she’s carried away by her mother-in-law. The moon has been out for ages, you see, and Ratna’s alcoholic husband hasn’t returned so she can break her fast, because he’s out wasting money on liquor. The doctor arrives, tells Ratna her body’s been ravaged by four closely-spaced pregnancies, and then berates her for fasting when pregnant.

This is just the first episode of Main Kuch Bhi Kar Sakti Hoon (MKBKSH), an “edutainment” show that airs on Doordarshan. With a viewership of over 400 million, it’s the most widely watched show on Indian television. MKBKSH is the Population Foundation of India’s brainchild, and addresses issues around sexual health, education and rights. It’s been dubbed in 11 languages, broadcast on All India Radio and airs in over 50 countries.

Poonam Muttreja, executive director of the Population Foundation of India, says the idea came when she was thinking about the millions of dollars that had been wasted globally in projects aimed at social change but that simply didn’t work. “We wanted to find something that would really work for Indian audiences. The women’s movement at the time was focusing on the damage soaps had done to women. We decided to use a soap for our story, and the director, Feroz Abbas Khan [director of Gandhi, My Father], was really excited about the idea.”

Main Kuch Bhi Kar Sakti Hoon translates to “I, a Woman, can Achieve Anything”. Muttreja says, “Our target audience was the most disempowered groups in India with television, but it wasn’t just for them. On gender issues, everyone needs education!”

MKBKSH drew inspiration from edutainment shows across the world, like Soul City in South Africa, or Simplemente Maria, a Peruvian telenovela. MKBKSH comes from this cinematic tradition, but it’s uniquely Indian in its plot lines, treatment and flavour.

It takes place in the fictional town of Pratappur, and tells the story of Dr. Sneha Mathur, a gynaecologist who quits her job in Mumbai to work in her hometown. She lives in Pratappur with her father, retired professor Keshav, mother, the sweet, gentle Alka, slightly agent-of-the-patriarchy but good-at-heart bua Vimla, spunky sister Preeta, nalayak alcoholic brother Purab and long-suffering sister-in-law Ratna (and their four kids).

The show uses the form of a highly charged soap, complete with dramatic music and cliff-hangers, to impart lessons on spacing between pregnancies, contraceptives, puberty and domestic violence. It deals with issues that are important for women and adolescents to hear about, but aren’t discussed due to cultural taboos. It isn’t as dry as you’d imagine an “edutainment” programme to be: it succeeds in not being patronising and weaves lessons into the plot without seeming forced at all.

Some of the plot lines feel like they could be on any Hindi family drama, minus the gross misogyny and with the addition of lots of good sense and aesthete. MKBKSH uses devices that hold appeal for the audience, like this riddle told by Munna the ward boy: “why did two baals on a taklu aadmi’s head refuse to get married? Kyunki baal vivaah mana hain.”

The makers used some ingenuity to present issues in a way that’s palatable to its audience, and sometimes it gets kind of meta. When dealing with sex education, Mathur starts a game show called Kishor Ka Shor, where teenagers call in with questions on sexual health.

MKBKSH is the blueprint for the Ministry of Health and Family Welfare’s Saathiya programme, which was recently in the news for really good reasons. The Saathiya kit is a sex education resource kit with online materials, and a programme wherein peer educators facilitate access to knowledge and services on health to their age-mates. The kit is a replication of ideas in MKBKSH. Muttreja says, “When we showed episodes to the Minister of Health and Family Welfare, he was impressed at how we conveyed messages keeping the sensibilities of the Indian audience in mind. We put together six short films that are used in the Saathiya programme too.” One of the most interesting features of the show is the Interactive Voice Response System (IVRS). It’s a toll-free number on which users call with their feedback. They hosted 1.4 million calls, and a random sampling of calls revealed that 30% were from Madhya Pradesh and Bihar, which have some of the lowest indicators in the country on maternal and child health.

Many celebrities have expressed their support for the show. Farhan Akhtar even makes an appearance as a narrator on season 2, and his organisation MARD (Men against Rape and Discrimination) collaborated with the show.

MKBKSH is one of those rare programmes that’s made a real impact on its audience. Polls undertaken in 30,000 households reveal that prior to watching it, 35% of women feared using contraceptives. After MKBKSH, that figure dropped to 13%. Similarly, 66% of women believed it was okay for husbands to beat wives. That figure dropped to 44% after watching MKBKSH, which is still alarming, but speaks volumes about the show’s efficacy.

It’s also spawned the sort of local action that most people in the field can only dream of. The MKBKSH website tells some of their stories. Sangeeta Damar, a woman of the Bhil tribe in Ratlam, Madhya Pradesh contacted 12 self-help groups and 150 community members and got them to pledge that they wouldn’t tolerate child marriages. 16-year-old Priya, from Bhopal, Madhya Pradesh, says the show inspired her to call an NGO when her parents stopped her education, and has resumed her studies again.

Muttreja says, “We had so much riding on this show: time, energy, money. We did everything we could to make it effective. We called Arvind Singhal, a communications expert from the University of Texas as a consultant, and had over twenty communication and culture experts providing feedback. We use the comments we get from the IVRS to improve each season. We just wanted it to work.”

Paromita Vohra, a film-maker and founder of Agents of Ishq, a project on sex education, says that the show works for several reasons. “It’s like the Platonic ideal of art. Plato said art is meant to instruct and entertain. That’s what this show does: it’s a classical format we’d moved away from recently. It’s also aspirational. It paints an inspiring picture of a woman helping other women, and it puts the story first. When you put the story first, instead of its messaging, it allows people to connect or depart from it at will, which makes it their own, letting them decide whether they relate and agree or not. When you treat art this way, it really works.”

MKBKSH is fascinating as both a piece of entertainment and a social object, and it’s had an impact that even the show’s creators didn’t foresee. By treating its subjects creatively, it’s managed to do what many have failed to in the past. Plus, watching it gives you an insight into what we know works, and the research that the creators of MKBKSH have done provides data that other organisations can follow. The show airs on DD India on Tuesdays and Wednesdays at 10:30 am, and on DD National on Saturdays and Sundays at 7 pm.

By arrangement with The Ladies Finger.