Due to its negligent drafting, the Sexual Harassment at the Workplace Act is unlikely to benefit the workers in the unorganised sector. 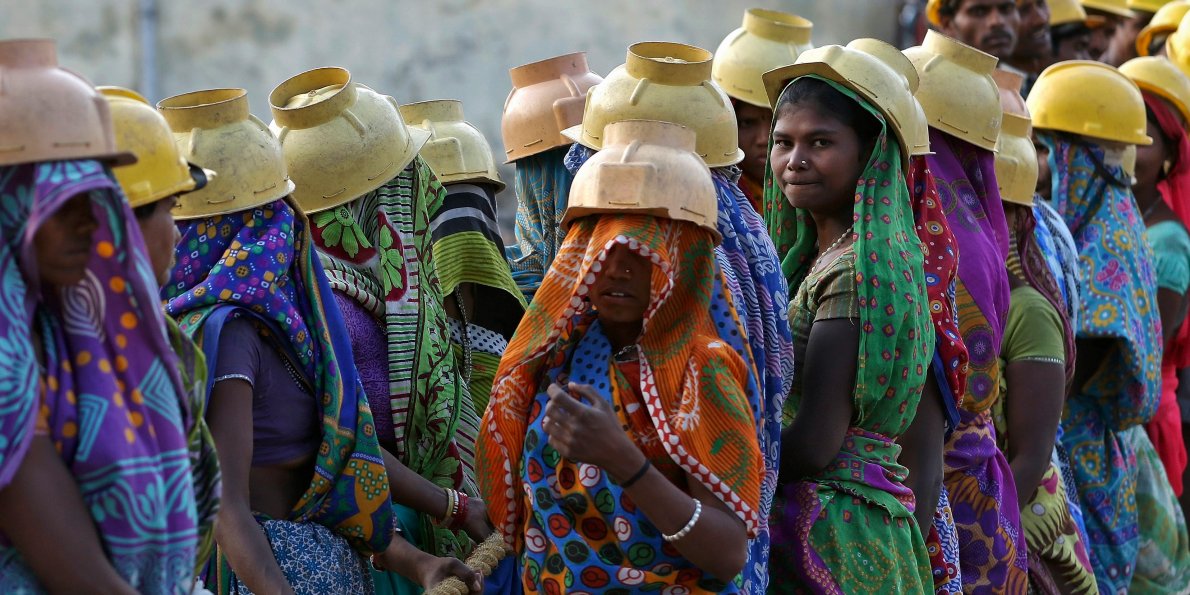 There is a need to amend the Sexual Harassment at the Workplace Act to make employers duty-bound to provide very clear, unambiguous forms of assistance to women working in the unorganised sector. Credit: Reuters

India has recently seen a spate of allegations of sexual harassment at the workplace. While analysing the Sexual Harassment of Women at Workplace (Prevention, Prohibition and Redressal) Act, 2013, we caught ourselves wondering – would the Act have changed anything for Bhanwari Devi?

Bhanwari Devi worked as a ‘saathin‘, a voluntary worker with the government of Rajasthan, fighting against issues such as child marriage in her village. She is Dalit and her attempt to stop a child marriage involving a baby earned her the ire of the ‘higher caste’ villagers who decided to teach her a lesson. They gangraped her and attacked her husband. This resulted in a public interest litigation being filed by NGO Vishakha, seeking protection for women from sexual harassment at the workplace and culminated in the landmark Vishakha judgment. Justice J.S. Verma encapsulates the working woman’s challenge in the opening paragraphs of the judgment:

“The incident reveals the hazards to which a working woman may be exposed and the depravity to which sexual harassment can degenerate; and the urgency for safeguards by an alternative mechanism in the absence of legislative measures…”

What if the crime against Bhanwari Devi occurred in 2017? The following questions come to mind:

Under the Act, Bhanwari Devi would be the “aggrieved woman”, employed as a saathin in the “workplace” under Rajasthan’s Department of Women and Child Development (DWCD). The Act classifies “sexual harassment” to include, among other acts, “any other unwelcome physical, verbal or non-verbal conduct of sexual nature”. Thus, she has the option of reporting the incident to the DWCD’s internal complaints committee (ICC). Given the ambit of the relief the ICC is authorised to provide under the Act, coupled with the serious charges levied against the perpetrators, it appears ludicrous to refer such a complaint to the ICC. Therefore, Bhanwari Devi will have no other option but to file a criminal complaint.

This answers the first question – the Act will make no difference to Bhanwari Devi with respect to the modus operandi. In her case, the sessions court passed a judgment acquitting the accused on flimsy, illogical grounds stating that upper-caste men would not have raped a lower-caste woman and that there wasn’t enough forensic evidence to link the accused to the case.

We will have to answer the second question in the negative as well, since the Act has no provisions to enable speedy disposal of criminal complaints of this nature. Furthermore, even if the ICC were to conduct a preliminary enquiry into a rape at the workplace, it would be highly unlikely that the perpetrators who are not employees will subject themselves to the ICC proceedings. Section 19(g) and (h) of the Act provides that every employer is obligated to provide assistance should the woman choose to proceed under the IPC or any other applicable law.

The ambiguity in the Act leads us to the question – what assistance?

Is it monetary, to help the employee fight this arduous legal process? Does this assistance provide security to people like Bhanwari Devi to combat threats and social ostracisation? Is it employment assistance to fight against the villagers who boycotted the products she made to earn a living? Is it counselling assistance for the psychological trauma? To answer the third question, it is clear that the nature of the assistance provided for in the Act is uncertain and would make no difference to Bhanwari Devi.

Under the Act, complaints by domestic workers, workers of the unorganised sector and complaints against an employer are referred to the local complaints committee (LCC). This convoluted and unnecessary mechanism is constituted by the ‘district officer’ (DO) who also designates a ‘nodal officer’ (NO) to receive complaints and forward them to the concerned LCC. The “aggrieved woman” under the Act must trace the LCC and the NO who is the LCC’s liaison for receiving the complaints.

It will not be out of place to mention that many state governments are yet to appoint the DOs, let alone ensure the establishment of the LCC or appointment of the NO. In the event that the NO is traced, the “aggrieved woman” must submit a written complaint, irrespective of her literacy levels and is expected to articulate her experience. She will then have to cooperate with the LCC as part of the inquiry, which is yet another laborious proceeding. In the case of domestic workers, if the LCC feels there is a prima facie case, it is mandatory for the LCC to forward the complaint to the police for registering it as a crime under the IPC, making the process just as cumbersome as it already is.

Further, at first glance, the interim reliefs provided for under the Act appear generous, but in reality, they are incongruous in their application to a marginalised worker. Assuming that the LCC passes a favourable order along with compensation, the complainant will still be at the mercy of the DO for the execution of the same. Given that the DO could be a judicial or an administrative government functionary, whether they will prioritise the execution of the LCC order amidst their overburdened administrative or judicial obligations is anyone’s guess.

The benevolence of the legislators in expanding the scope of “employee” and “workplace” in the Act’s definition clause does not last long. The negligent drafting culminates in establishing an unclear, inefficient and elongated inquiry process. The appeal process also lacks clarity and one is not entirely sure how to curate the appeal. The Act brings us back to the drawing board – for a marginalised woman who is combating various power structures and hierarchies, there are no ‘alternative mechanisms’ provided to make it easier for them to pursue a complaint of sexual harassment at the workplace. Therefore, the Act only appears to be inclusive, but in actuality, the ‘alternative’ structures are toothless and redundant.

We should remind ourselves of the 2013 Justice Verma committee report that suggests setting up a broad-based ‘employment tribunal’ to replace the ICC and LCC. If the Indian state is serious about placating its diminishing reputation in judicial reforms, amending the Act to benefit the unseen workers who are beyond the corporate hierarchy will be a commendable step.

A survivor of workplace sexual harassment is expected to dig through the abyss to find justice – all this while having to fend for herself legally and financially. Given the wages these workers earn, or in Bhanwari Devi’s case the modest honorarium, we inconsiderately place mammoth, dangerous tasks on the most marginalised. If, like Bhanwari Devi, the other survivors find the courage to surmount the initial obstacles, we will still test them, just like she was pushed by the police officials, having waited more than 48 hours for a medical test.

The Act has not changed the status quo for the most vulnerable women in Indian society. The Act must be amended to make the employer duty-bound to provide very clear, unambiguous forms of assistance. A robust mechanism like the employment tribunal must be established for survivors to approach without having to navigate our justice system, fraught with the power structures of caste, gender and class. Our legal system is already found lacking when it comes to providing protections for those in the unorganised sector, usually at the receiving end of various forms of abuse, making the inadequacy of the Act a double blow.

To prove the system’s disdain towards marginalised women, we need to look no further than Bhanwari Devi, who was the genesis of the Act. Her case is still pending before the Rajasthan high court, 24 years after the incident, infamous for having had only one hearing in 22 years.

We have failed her and the cruel irony is, so will this new Act.

Sandhya PR is an independent legal consultant based in Bangalore and Urmila Pullat is a lawyer and researcher with the Asian Human Rights Commission (Hong Kong).