A new UN study also notes that the intersection of gender with other forms of discrimination – caste, race/ethnicity, religion etc – is what further marginalises women and girls from poor and deprived sections of the society. 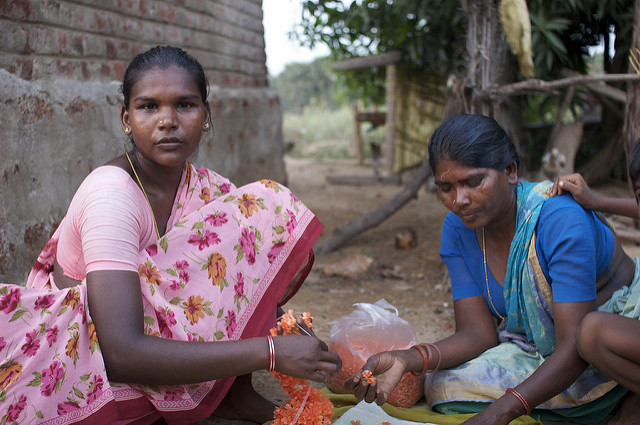 New Delhi: Not only are women poorer, more hungry and more discriminated against than men in India, but the average Dalit woman in the country also dies 14.6 years younger than those from higher castes, a new report released by the UN on Wednesday night underlined.

Titled ‘Turning promises into action: gender equality in the 2030 Agenda,’ the study by UN Women notes that the increase in exposure to mortality of lower-caste women stems from poor sanitation as well as an inadequate supply of water and healthcare.

“Those left furthest behind in society are often women and girls who experience multiple forms of disadvantage based on gender and other inequalities,” the report states. This, according to the study, can result in “clustered deprivations where women and girls may be simultaneously disadvantaged in their access to quality education, decent work, health and well-being”.

At the heart of the 2030 Agenda for Sustainable Development – adopted two years ago – is a commitment to “leave no one behind,” to prioritise addressing the needs of the most disadvantaged sections of people. The agenda lays out a number of global benchmarks, including eliminating extreme poverty and hunger and getting all children into school. The new report highlights how women are affected by each of them and examines what policies are needed to achieve the stated goals.

When viewed through a gender lens, the goal is to ensure that all women and girls, irrespective of their location, age, class, race, ethnicity etc, enjoy equal rights and opportunities. This, however, is not the case and more often than not these disadvantages are visible in official statistics.

According to the report, the intersection of gender with other forms of discrimination – caste, race/ethnicity, religion etc – is what further marginalises women and girls from poor and deprived sections of the society, and shows how progress for women is a pre-requisite if progress for all is to be achieved.

In Karnatka’s Koppal district, for example, a study has found that while poor women are the most deprived of all in accessing health services, the situation of non-poor women too was similar to that of poor men. But the latter even while facing economic discrimination were not bearing the brunt of gender deprivation.

According to the report, In India, a woman aged 20-24 from a poor, rural household is over five times as likely as one from a rich urban household to marry before the age of 18. There is also an over 20 times likelihood of the former as compared to the latter to have never attended school, 1.3 times not having access to money of her own and 2.3 times not having a say in spending.

In a situation where she is landless and belongs to scheduled caste, the likelihood of poverty increases, and if she chooses to work, her lack of education and low status in the social hierarchy is likely to result in exploitative working conditions.

When it comes to unpaid care and domestic work – regardless of region, income level or cultural characteristics – the ratio of women to men is ten times in India.

According to Livemint, the report also shows how women who live in poor households spend as much as 24% of their work time collecting firewood and water, and foraging for edible and non-edible items to be used as food and housing materials, while women in non-poor households allocate about half that time to such tasks.

The report adds that the strategies to achieve the goal of ‘leave no one behind’ – including those related to measurement – must be devised in ways that do not aggravate further social fragmentation, stigmatisation and/or other forms of harm or abuse of vulnerable groups.

Leaving no one behind, according to the UN Women, means “addressing the needs of the most marginalized: those who are disadvantaged socially, politically, environmentally and/ or economically.”