"People think there are like ten queer people in Ahmedabad, but we want to show there is a whole community." On February 18, Ahmedabad will host a locally-organised, official queer pride parade, which some are describing as the city’s first ever pride parade. The event is organised by QueerAbad, a group founded in June 2016 by Anahita Sarabhai, age 27, and Shamini Kothari, age 22, to create a safe space for the city’s lesbian, gay, bisexual, trans, queer, intersex and asexual community. Sarabhai and Kothari, who are a couple, are also organising a two-day conference in Ahmedabad from February 16-17 called “to harness, explore and deconstruct the ever-shifting category of queer”. The Wire spoke to them about their experiences as queer women in Ahmedabad, their decision to speak publicly about their relationship and why they dislike the idea of “coming out”.

Why did you decide to organise the Ahmedabad queer pride parade and why now?

Shamini Kothari: I was at a place where I was questioning my sexual orientation and I had walked into an insular, underground queer space in Ahmedabad. I quickly realised that this is a world that is incredibly different than I imagined, that people are completely scared. Pride was a dream of mine and it was something I thought was far off. But working with QueerAbad, I realise this city is ready. I can feel it. I can see the shifts. 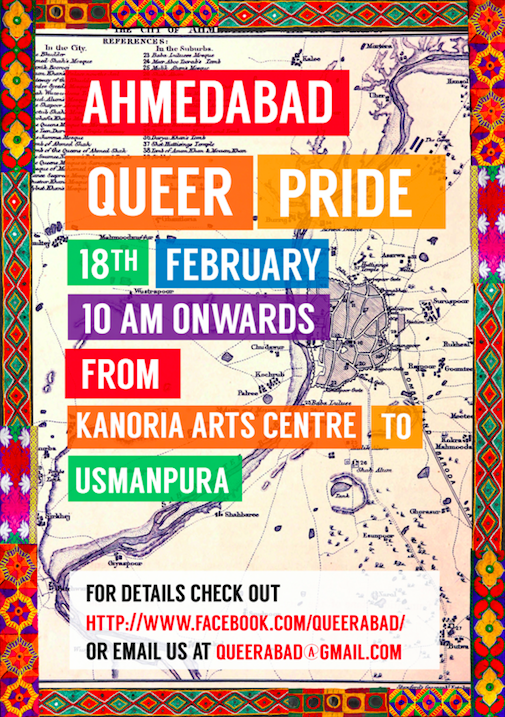 A poster for Ahmedabad pride

Anahita Sarabhai: I think we also realised that there is no recognition that the queer community exists in Gujarat. It’s like, “Oh you are queer? Are there others of you?” People think there are like ten queer people in Ahmedabad, but we want to show there is a whole community. Pride can show numbers and make visible the multitude of identities that might live within the idea of queerness.

What changes are happening in Ahmedabad that make this city ready?

SK: I grew up in Ahmedabad knowing that my favourite band or artist would not come to Ahmedabad. I grew up saying, “Yeah, but who wants to come to Ahmedabad?” I think that has changed because now, you see all sorts of cultural events in Ahmedabad. I cannot keep up with the number of things happening here, from poetry to theatre to comedy. With these changes, new spaces are created. Somewhere along the line we thought the time is right for a queer space, too.

The idea of creating a safe space often implies that there are spaces that do not feel safe. Have either of you felt unsafe in Ahmedabad as queer individuals?

AS: I mean it is not really Ahmedabad specific. I have had experiences ranging from the uncomfortable to the weird to the terrifying.

SK: To the violent.

AS: Yes, to the violent as well. The one I go back as a reference point is airports because it happens so often. So, Mumbai airport will always hassle me because I look “different”. The men will say to me, “Go to the men’s line” and then realise from my face that “Yeah, I know where I am going.” They will get embarrassed or laugh. They won’t engage. But the women – the female security guards – are nuts. They have no control over their curiosity. The worst I have gotten it is when three or four of them body blocked me into a booth and a female bodyguard at the airport said I was “destroying Indian culture”. There are small things like that. It’s almost constant. It’s women giving me horribly awful looks when shopping next to me. Basically, feeling guarded at all times. It is exhausting to live like this.

You are both very public as a couple and intentionally so. Can you describe that decision? 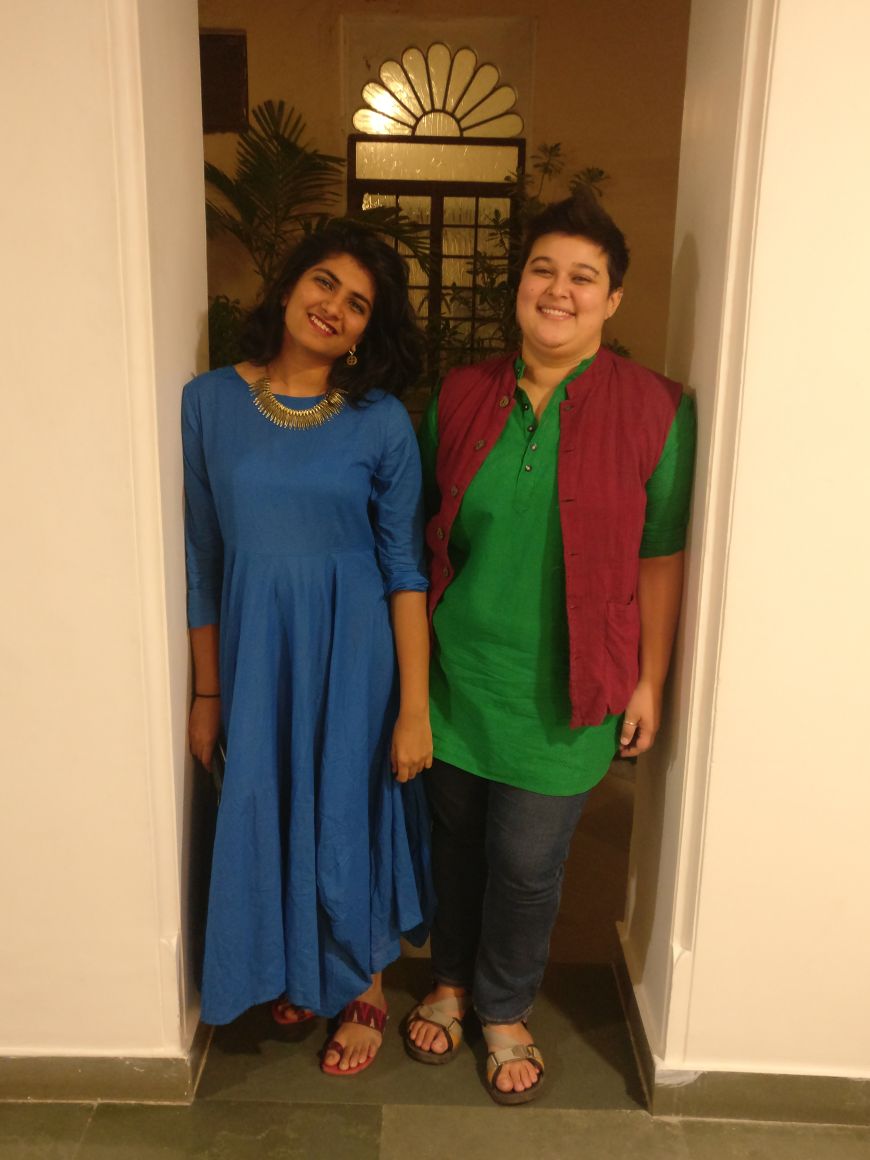 SK: I had mostly been with men my entire life but when I met Anahita, something felt very different. I could not place what these feelings were, but I knew I was feeling them. It was very clear though that she was interested in me.

AS: (Laughs) It was like a great bad rom com [romantic comedy] when we met.

SK: It was. I mean, I found my queerness and realised its potential by falling in love. I didn’t think we would be this public. But the funny thing is that even before we were public, there was a photo of her and I together at the 377 protest. So, did we ever have a choice in being this public? There was a sense of being hidden for so long and that all your feelings have to be locked away in a room as some sort of metaphor. It just reinforces the idea that the relationship is wrong.

AS: Or that it is not real.

SK: Or that we have not committed to it, that we will eventually “move on,” which often means to be with a man.

Both of you do not believe in the concept of “coming out”? Why not?

SK: Coming out is a narrative. This one moment of knowing is very overrated and often very untrue. It’s a continuous process and it is often not a choice. Every time I come out, I am telling someone who I choose to be intimate with, which is nobody’s business but my own. And that is a privilege I have because this is about my sexuality, it is not a choice a trans person can make.

At the QueerAbad meeting, one of the words I kept hearing was “intersectional”. What does an intersectional approach to queer issues mean to you?

AS: It’s very easy to focus on that one thing you are fighting for or that one thing that people think you are and to forget that in any movement – whether it is Dalit rights, or Muslim women’s rights, or the labour movement – we queer people are there, just as their issues are within our community. We exist within their communities, just as their struggles exist within all of us. So, when we come out, it’s sort of simplistic to say we are just one thing. Because we are many identities.

What is your hope for QueerAbad?

AS: To make it more intersectional, especially to make people of different classes comfortable and welcome. Because let’s face it – both of us come with a certain class/caste privilege. We are working to make more programmes in Hindi and in Gujarati, and to reach out to more people. The other thing is that we want to expand what it means to be queer because we are very ok with being non-normative. I can’t think of a better way to celebrate queer politics and identity.

SK: Absolutely. In my own personal journey, I have found I was never a lesbian and I was never straight. So why did I assume I was my sexuality? Only when I asked myself, did I realise I was opening up a conversation that I could have opened much earlier had spaces like QueerAbad existed. Neither of us believe in identities being fixed. You love someone you love someone. It should be that simple. Shit. Now I sound like Rupi Kaur.

Zahir Janmohamed is a senior news editor at Hyphen, a magazine dedicated to Asian American politics, culture and arts.