While the courts deliver pro-women judgements around abortions, parliament has delayed passing much-needed amendments to the MTP Act. In July 2016, the media in India was flooded with news about a subject most people shy away from – everyone in the country was suddenly talking about women’s right to safe abortion services. This year, in the beginning of July, we once again are having detailed discussions and seeing public analysis on women’s bodily autonomy and their access to comprehensive abortion care. In the intervening period, the Supreme Court and high courts have dealt with a series of appeals from young women seeking relief for termination of pregnancies beyond 20 weeks of gestation, both on grounds of rape as well as in cases of diagnosed foetal abnormalities incompatible with life.

The Medical Termination of Pregnancy (MTP) Act, 1971 very articulately defined the provision for a registered medical practitioner to opine that “the continuation of pregnancy would involve risk to the life of the pregnant women or of grave injury to her physical or mental health” as one of the four conditions for termination of pregnancy. This provision gave medical practitioners a broad window to assess the risk to a woman’s life with a focus on her holistic well-being, from a physical as well as mental health point of view.

The judgement passed by the Supreme Court in the case of Sarmishtha Chakrabortty and Anirban Chakrabortty is significant not just for the woman and her family, but also for activists advocating for women’s access to safe abortion services in India. She approached the court at 25 weeks of gestation, seeking permission to terminate the pregnancy in light of diagnosed pulmonary atresia – a rare congenital malformation that will require delivery in a highly-equipped centre with neonatal cardiac intervention and surgical facilities, and will need multiple-staged cardiac surgical operation with high morbidity and mortality risk. She had gone through multiple rounds of consultation to confirm the abnormality and its consequences, and approached the court after due consultation and consideration. This judgement by the Supreme Court captures the context that women and their families face in light of diagnosed foetal abnormalities incompatible with life, and has provided much-needed relief, keeping the woman at the centre of the discussion.

The judgement by Justices Dipak Misra and A.M. Khanwilkar has aptly used woman-centric language and looked at the case from a quality of life perspective, as well as the impact continuing such a pregnancy would have on her overall health and well-being. The phrases in the judgement – “the right of a woman to have reproductive choice is an insegregable part of her personal liberty, as envisaged under article 21 of the constitution. She has a sacrosanct right to have her bodily integrity. The case at hand, as we find, unless the pregnancy is allowed to be terminated, the life of the mother as well as that of the baby to be born will be in great danger. Such a situation cannot be countenanced in Court” – are very encouraging and pro-women’s rights.

Also read: India’s Abortion Laws Need to Change and in the Pro-Choice Direction

The Ministry of Health and Family Welfare has proposed amendments to the MTP Act after extensive consultations initiated way back in 2006, grounded on the principles of women’s rights as echoed currently by the honourable Supreme Court. Eleven years later, we have seen a draft Bill that was reviewed and revised in light of public opinion, which reached a significant milestone when it was submitted to the cabinet for permission to admit it for consideration and passing by the parliament. This development was a matter of great joy for women’s right activists as well as groups working on health systems strengthening. The key provisions of the proposed amendments are: 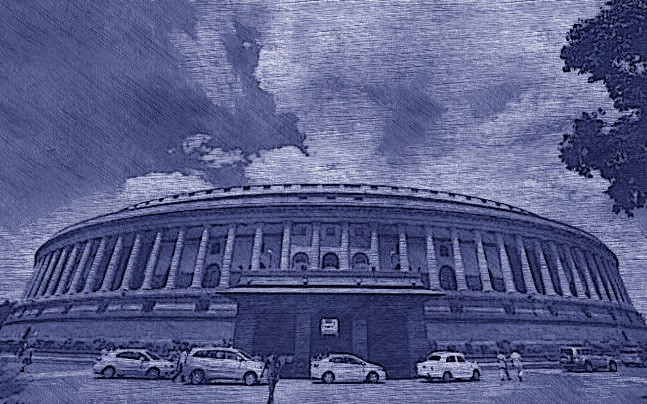 Parliament is yet to pass proposed amendments to the MTP Act. Credit: PTI

However, jubilation and anticipation that women shall have strengthened access to comprehensive abortion care services closer to their homes and will not need to face death and disability due to the lack of access to services was not long lasting. A report in the Asian Age in May 2017 broke news that the amendments had been sent back to the Ministry of Health and Family Welfare for better implementation of the MTP and the Pre-Conception and Pre-Natal Diagnostic Techniques Acts. The National Population Policy way back in 2000 had highlighted the need to expand access to safe abortion services and the current National Health Policy 2017 talks about universal health coverage.

With the amendments on hold, women are compelled to go to the Supreme Court and more shall continue to do so, seeking justice not just for cases of diagnosed foetal abnormalities incompatible with life or rape but also non-availability of safe abortion services in the absence of a law that adequately covers the provisions under which women can have access to safe abortion services. When the law was drafted in 1966 by the Shantilal Shah Committee, they kept in consideration the medical technology prevalent at that time. Over the last four decades, technology has advanced by leaps and bounds. Acknowledging these technological advances, the WHO also reiterates that “when performed by skilled providers using correct medical techniques and drugs, and under hygienic conditions, induced abortion is a very safe medical procedure”. Skilled providers also includes a wide range of healthcare providers (beyond doctors) who have adequate skills and training to provide safe abortion services.

This judgement is the required reprieve for the Chakrabortty family and also provides supportive language for women’s reproductive rights. We hope that this shall pave the way for the passage of amendments to the MTP Act and women won’t have to knock on the doors of the court in order to exercising their reproductive rights.