Noted poet Gauhar Raza has lodged a complaint with Zee News for labelling him an anti-national, and has sought a corrigendum, public apology and compensation of one crore rupees from the channel. 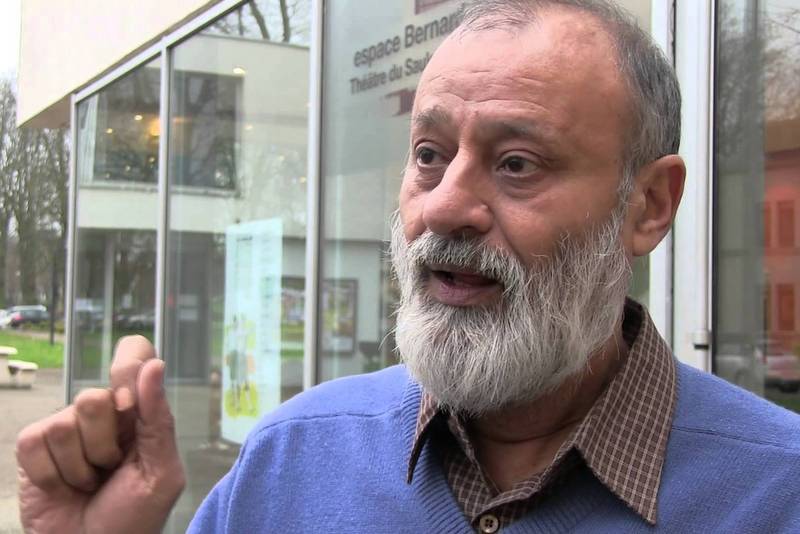 New Delhi: Deeply aggrieved at being projected as an “anti-national” in a Zee News programme, noted poet, scientist and academician Gauhar Raza has lodged a complaint with the channel alleging the show “caused serious and severe harm to my reputation and has endangered the safety of my family and me.” Raza has also sought a corrigendum, public apology and compensation of one crore rupees from the channel.

In a letter and e-mail to Prasanna Raghav, the additional vice president for strategy and execution at Zee Media Corporation Limited, Raza has alleged that the telecast of the programme – Afzal Premi Gang ka Mushaira – which first aired on March 9 with multiple telecasts over the following days, constituted a “grave and repeated breach of the News Broadcasters Association’s Code of Ethics and Broadcasting Standards.”

He said the programme, based on the annual Shankar-Shad Mushaira that took place in New Delhi on March 5, was highly defamatory and repeatedly pronounced him an “anti-national,” based on a prejudiced and baseless conclusion.

At the poet’s conclave, Raza said, he had recited some poems but the Zee programme only telecast selective portions of certain poems. “At the aforesaid event, I recited three poems; one poem which I had written in 1989 about the murder of street theatre and cultural activist Safdar Hashmi; another poem that I had written in 2010 about the killing of two journalists in Iraq and the third poem that I have written in this year,” he wrote.

Providing links to the pogramme, Raza said they were framed in an “aggressive, intimidating, and browbeating style,” and was telecast with commentary and taglines labelling him as “anti-national poet.”

One version of the programme linked Raza’s poems to recent incidents at Jawaharlal Nehru University; in an attempt to draw a parallel to the protests at the university, the programme showed him recite “Yeh mat bhulon agli naslein jalta shola hoti hain, Aag kuredogay chingari daaman tak to aayegi” (roughly translated to mean, do not forget the future generations are like embers, if you would dig into them, the sparks will reach you).

Another poem recited by Raza reflected on the return of awards by artistes in the wake of intolerance debate, ignited by the killing of Mohammad Akhlaq in Dadri over rumours that he had eaten beef. “Phankaron say poochtay hain kyon lotaye samman, Poochon kitnay chup baithain hain, chain unhay kab aayega” (They ask the artistes why they returned the awards, but they should ask those sitting silently what will make them rise).

Ironically, most of the poems recited by Raza were revolutionary in nature and reflected on the curbs on freedom, largely effected by extremist organisations. “Yeh matt khao, woh mat pehnon, ishq toh karna bilkul mat, desh droh ki chhap tumhaaray upar bhi lag jayegi” (Be careful of what you eat, do or say, or you too may be labeled an anti-national), one poem went on to say.

Drawing attention to the provocative manner in which the poems were presented in the show, he wrote, “I watched the programme on Zee News channel on 9th March 2016 which contained reportage and commentary that is not only defamatory, malicious, false, motivated, and derogatory but also incendiary and telecast with a view to incite hatred, ill-will against me and endanger the security of me and my family. I am deeply aggrieved by this programme.”

He also raised an issue with the anchor, commentary and subtitles repeatedly referred to him as a member of the “Afzal Guru premi gang” and a “desh virodhi shayar,” and portrayed him as part of a gang that sought to break India into many parts. “These and similar highly defamatory and derogatory statements made throughout the Zee News programmes are completely unfounded and baseless,” he said.

He also asserted that some of the slogan shouting at JNU shown by the channel as part of the programme was based on “doctored videos and the same has been proved by forensic analysis carried out by other TV channels and an enquiry ordered by the Delhi Government”.

Raza also said that as a member of the News Broadcasters Association, Zee News was obligated to respect and follow the the guidelines and standards laid down by the body, going on to say that the programmes in question had violated the “principles of impartiality, objectivity and neutrality,” contained in the the association’s code of ethics and broadcasting standards.

“Further, the commentary by the Zee News anchor distorts and manipulates my poetry to give it a different imputation and colour, and falsely states that I made statements in support of Afzal Guru. Not only has the Zee News programme distorted the words of my poem, but has also added unfounded allegations against me which are designed to promote hatred against me. The programme carries only baseless conclusions after providing the viewer with inaccurate and concocted statements,” Raza charged.

Highlighting the dangerous consequences of such “malicious propaganda,” Raza said he had started receiving “several intimidating and threatening messages and emails” and that Zee News’ “hate campaign” was “causing a grave apprehension of harm to me and my wife Shabnam Hashmi who is also in public life.”

Speaking to The Wire, Raza said he had not received any response or acknowledgement from Zee News so far, adding that he had not approached senior editor and anchor Sudhir Chaudhary with the letter as it was not required.

Raza said he would wait for a mandatory seven-day period for a response from Raghav before filing a complaint with the broadcasters’ association.

The Wire has also approached Raghav and Chaudhary for their views on the matter, but has not received a response as of now.