In 10 Graphs, the Worrying State of Public Health and Malnutrition in Maharashtra

Maharashtra cannot retain its position as a progressive state if health budget cuts become a characteristic part of its budgets. 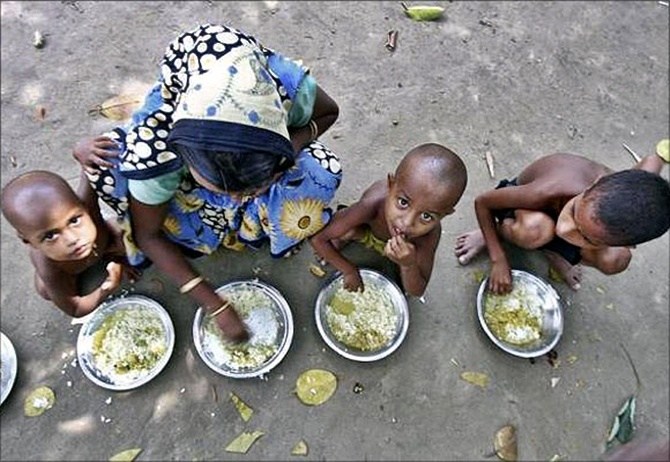 Massive budget cuts and budget under-spending in the social sector have been reported from Maharashtra over the last two years. The state spent as less as 0.49% of its Gross State Domestic Product (GSDP) on the public health sector in 2017-18. Incidentally, the state also witnessed high malnourishment, rising leprosy cases, swine flu deaths, deaths of 55 infants in a hospital in a month, and a protest by anganwadi workers, all in one year. These disconcerting trends can be combated with the use of a budget that gives greater priority to public health and nutrition. Not giving priority keeps it from achieving Sustainable Development Goals (SDG) 2 and 3 targets such as universal health access, increasing health financing and removal of malnourishment among others.

The indicators used below highlight ways in which Maharashtra is falling short of providing basic human rights of health and nutrition and performing its duties. Unlike Maharashtra, Tamil Nadu spends highly on public health, nutrition and medical education and the impact of this is visible on health indicators. Both states have similar per capita incomes and distribution of urban-rural populations, making them comparable. It is well-known that social spending is strongly linked to public health. The facts below reassert this association and make a case for increasing the social spending, particularly on public health and nutrition in the upcoming budget.

The all-India average per capita expenditure on health increased from Rs 1187 (approximate figure) to Rs 1538. Tamil Nadu has also increased its per capita expenditure from Rs 1,257 to Rs 1,408, but Maharashtra has cut down its per capita expenditure from Rs 1,132 to Rs 1,082. Considering that Maharashtra has more than twice the number of below poverty line (BPL) persons than Tamil Nadu, the former is in a greater need of public expenditure on health. Despite massive cuts in 2016-17, the Maharashtra government went on to deprive this crucial sector even more this financial year. The state is not merely witnessing regular budget cuts, but also budget under-spending. Thirty-five percent of the public health budget was unspent in 2016-17. The sector is already burdened by insufficient resources and is heavily understaffed.

Integrated Child Development Services (ICDS) play a crucial role in improving nutrition-related indicators of a state. In a state like Maharashtra where 40% of the children in tribal belts are malnourished, cutting the ICDS budget is abominable.

Maharashtra is the third costliest state to be hospitalised in, in rural India and 80.8% of its rural population still chooses to go to private hospitals. This points to a high out-of-pocket (OOP) expenditure which has been shown to be the case by both the 71st round of the National Sample Survey Organisation (NSSO) and the World Health Organisation (WHO). Maharashtra has a much higher OOP expenditure for deliveries as compared to Tamil Nadu despite the per capita income of Tamil Nadu (Rs 1,43,547) being almost equal to that of Maharashtra’s (Rs 1,47,399).

There was an overall public health centre (PHC), sub-centre and community health centre shortage of 18%, 22% and 35% respectively in Maharashtra in 2016. Moreover, there are over 1,800 posts of medical officers in public hospitals which are vacant. All of these point to the public healthcare system which has a poor capacity. This is particularly a problem for the poor who cannot afford the rising healthcare costs.

Maharashtra’s indicators are much worse than the national average. Comparing NFH 3 and NFH 4 data, the reduction in stunted and underweight children in Maharashtra is minimal. But the exponential rise in the number of wasted children under the age of five points to a systemic failure in catering to the nutritional needs of children in the state. The percentage of children who are under five and wasted has increased both in Maharashtra and in the country, but Tamil Nadu has managed to go against this trend.

The number of underweight women is generally higher amongst the rural population, but Maharashtra is performing much worse than both India and Tamil Nadu.

According toNFHS 4, Maharashtra performs worse than Tamil Nadu in this regard too. Anaemia is the deficiency of red-blood cells in the blood and the most common blood disorder in the world. The adverse impact of anaemia is exacerbated in the case of pregnant women, since it can lead to several issues for the mother and the newborn including increased morbidity, fetal death and development issues.

Low immunisation of children
Though Maharashtra’s rural population is better immunised, it immensely falls short of both the national average and Tamil Nadu.

While the Maharashtra government has accepted that the health budget is unsatisfactory, such budgets will adversely impact the development of children in the long run. While economists are speaking of demographic dividends that come with the growth in the working population, the government fails to fund the development of human capital. The government must increase the budget allocated for public health and nutrition and also ensure its timely release.

Maharashtra cannot retain its position as a progressive state if the health budget cuts become a characteristic part of its budgets. The large number of vacancies of doctors, shortage of PHCs, sub-centres and CHCs need to be done away with in order to ensure equitable access to healthcare services. It is also crucial that the government increases its social sector spending in order to ensure that anganwadi workers are getting adequate honorarium for their work. These on-ground workers form the backbone of the public health and nutrition system. Having a sufficient budget at the start of the financial year would go a long way in resolving these issues and ensuring a healthy population.