Excerpt | From Kababs to Pulao, the Art of Cooking in the Time of Mughals

An excerpt from 'The Mughal Feast' focuses on 'Nuskha-e-Shahjahani,' a manuscript of recipes from the royal kitchens. 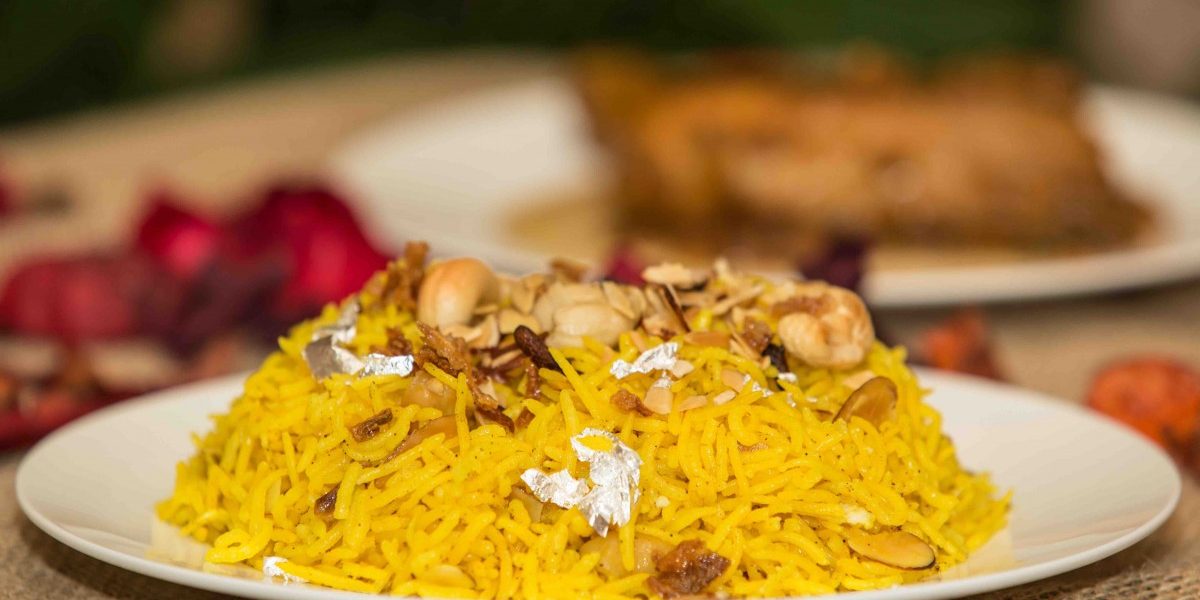 The city of Shah Jahan was a paradise of food with the creations of local and foreign chefs. Photo: Wikimedia Commons

Nuskha-e-Shahjahani recaptures the nostalgia of the Mughal era, presenting the recipes and unveiling the mystique of the royal kitchens. Till now, no efforts were made to bring to light the treasure of recipes revealing the art of cooking in the time of the Mughals.

The original manuscript begins without any trace of the author or date of its compilation. The chapters describe the preparations of different dishes of those days in detail, and include recipes for making and preparing breads, soups, pulaos, kababs, do-piyazahs, fish, samosas and sweets. It takes you inside the imperial kitchens, where food was cooked with the right amount of spices to enhance the base flavours of the dishes. Specific combinations of herbs and flavouring agents characterised these foods, the blend of which was developed by expert cooks in keeping with the advice of the royal hakims.

Nuskha-e-Shahjahani reveals that few spices were used in cooking; cartloads of almonds, pistachios, walnuts, apricots, plums, raisins and saffron were imported along the new roads that were constructed to facilitate trade. The sweet and salty tastes relished by the Mughals are quite apparent from the selection of recipes in the manuscript. The extensive use of nuts, gold and silver leaves, saffron and aromatic herbs made food exotic and flavourful. 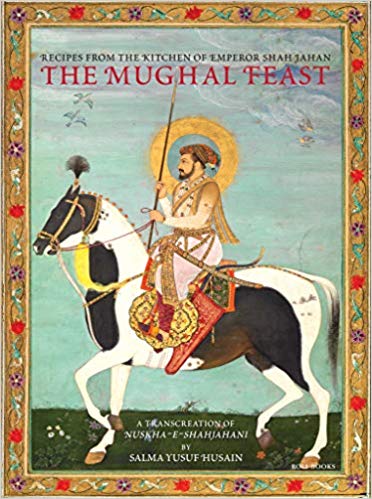 Most of the dishes mentioned in the manuscript were prepared in bulk, as there were many guests and family members to cater to, so the quantity of ingredients was huge. However, today recipes are mostly prepared for much smaller groups. Thus, one may reduce the quantities of the ingredients mentioned in the manuscript as per one’s liking. Furthermore, some recipes, such as Yakhni Talavi, may appear to be incongruous with their chapter descriptions, but since they are placed this way in the original manuscript, we have decided to leave them as they are. Also important to note is the old use of shangarf or cinnabar for food colouring; as this book is a translation, it has been left in, but it is not to be used due to certain health risks.

The manuscript also provides helpful tips for cooking. Methods to clean fish, soften bones, make artificial bone marrow and colour food using juices of vegetables and essence of flowers throw light on the creativity of the cooks of the royal kitchens. It mentions the method of cooking zeer biryan through indirect cooking by placing bamboo sticks at the bottom of the pan and placing the main ingredient of the dish like meat, fish or paneer over it. The dish was then cooked on dum. It was common to cook food on low heat and finish on dum, a technique adopted extensively in India under the name dum pukht.

The arrival of every dish was a ceremony and history will never forget the pomp of those times, along with the flavours which remain only in the pages of handwritten manuscripts of those days, such as Nuskha-e-Shahjahani. Not only the imperial kitchens of the emperor, but also the bazaars of the city were charged with the smoke of different kababs, and the environment was filled with the fragrance of nahari, haleem, qormas and qaliyas. The array of breads was dazzling. Festive occasions were never complete without baqarkhani, kulchas and sheermals. Sharbat ke katore and kulfi ke matke added colour to the scenario. The city of Shah Jahan was a paradise of food with the creations of local and foreign chefs.

This luxurious way of serving and preparing food continued only till the time Shah Jahan ruled, as his son Aurangzeb did not believe in luxury, pomp and show. Unfortunately, the last years of this great emperor were unhappy. Deposed by his son Aurangzeb, Shah Jahan was imprisoned in Agra Fort and remained there for eight years until his death in 1666. Legend has it that Aurangzeb ordered that his father be allowed only one ingredient of his choice, and Shah Jahan chose chickpeas. He chose them because they can be cooked in many different ways. Even today, one of the signature dishes of North Indian cuisine is Shahjahani dal, chickpeas cooked in a rich gravy of cream.

chicken stuffed with meat and slow-cooked on cinnamon bed

Excerpted from The Mughal Feast: Recipes from the Kitchen of Emperor Shah Jahan by Salma Husain, published by Roli Books.