Trucks stranded at Delhi’s Azadpur Mandi hold produce from all over India. But there are few takers during the pandemic. 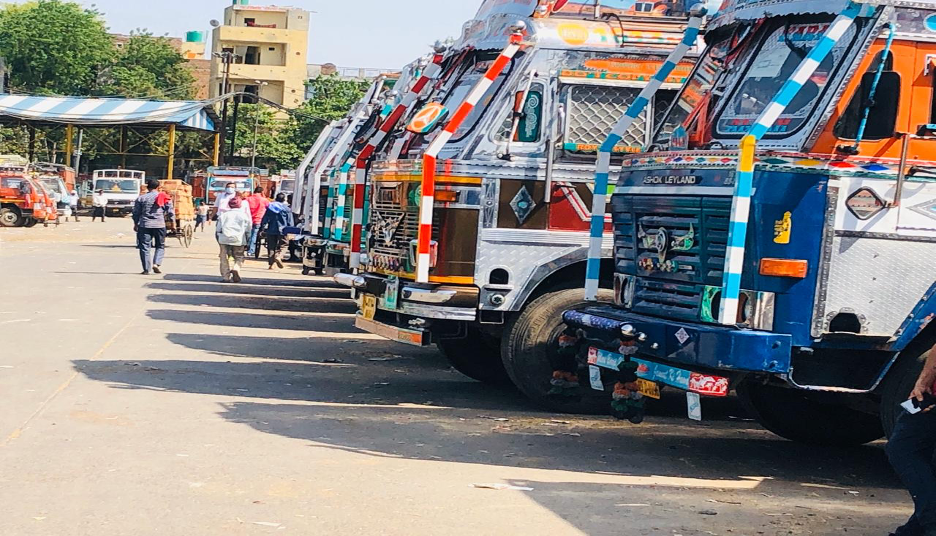 New Delhi: With 57 red zones and 1,578 COVID-19 cases, Delhi is a capital standing still. As producers, transporters, distributors and consumers all stay home as far as possible, goods sit neatly stocked, awaiting purchase. Of these goods, the worst off are fruits and vegetables – perishables that we all need during the lockdown.

Trucks stranded at Delhi’s Azadpur Mandi hold produce from all over India. But there are few takers during the pandemic.

Ravi Arora, who is a fruit merchant at the mandi, says his family has been doing this for more than 25 years. The whole business of buying and selling fruits and vegetables is based on trust, he tells The Wire. Merchants credit finances to farmers, who then promise to return with produce for sale.

“I trade in apples, and it is very visible how deeply farmers are affected because of the lack of sales. There are trucks and trucks that arrive at the mandi, but they aren’t unloaded as there are no buyers at all. The produce is getting spoilt sitting in the trucks,” Ravi continues.

He deals with apple growers in Kashmir, and says produce worth Rs 2 crore that he loaned to growers is stuck because of the lockdown. He adds, “Now when the growers try to save their produce in cold storage units, they can’t even do that, because all units are full since.”

Talking about the future of agricultural procurement during the lockdown, Ravi suggested that the government’s NAFED could revive the growers market by directly purchasing produce from them, so that they are financially secure.

In this supply chain, growers suffer the most as their ripe harvests have to sit through the change of weather. While explaining the losses due to coronavirus, Adil Khan, chairman, Agricultural Produce Marketing Committee (APMC) tells The Wire, “Azadpur Mandi as of now is reflecting a 30-40% decrease in arrival of produce. Farmers have been unable to even transport their harvest to the mandi amid the lockdown.”

Khan also explains how the whole chain beginning from farmers to transporters, distributors, suppliers, merchants and consumers has been disturbed due to the lockdown. He adds, “In the last few days, a lot of produce came into the mandi. However, with no buyers or merchants ready to purchase their usual stock quantity, much has perished.”

At the first step, the primary producer or the farmer is forced to face losses when his produce can’t leave the farm, Khan says. “Azadpur Mandi feeds all north Indian states. Today the situation is such that only basic need vegetables – that too in minimal quantities – make it to the vendors, that too only in Delhi. Before the lockdown, fruits and vegetables were supplied to Bihar and Uttar Pradesh from here.” 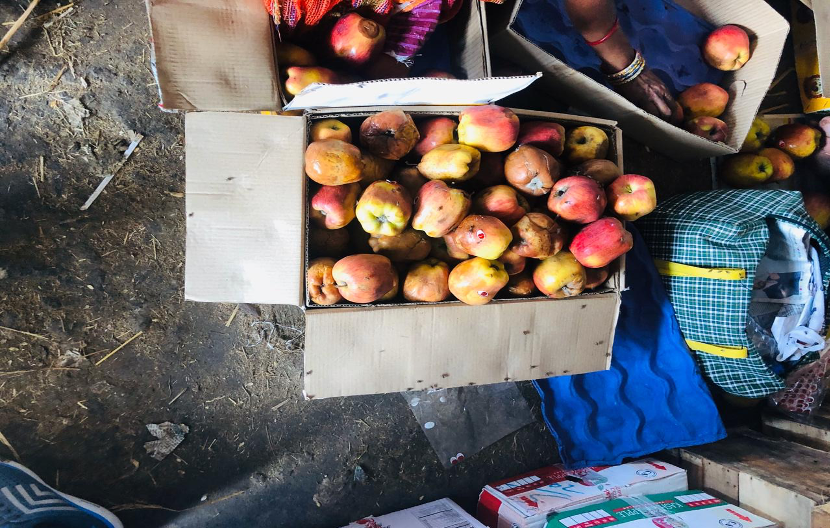 To keep the produce from rotting, Khan suggests that buyers from other states directly contact farmers and buy from them, bypassing the mandi. “Farmers will be financially secure this way,” Khan says.

Showing concerns for farmers, Khan described how the APMC has been trying to run the Azadpur Mandi in shifts so that produce can still be sold. The morning shift runs from 6 am to 11 am, after which the whole mandi is disinfected. The evening shift runs from 2 pm 8 pm, and to supply the highly perishable green vegetables there is a night shift running from 10 pm to 4 am.

“Social distancing becomes a problem here, so we make sure to spread awareness about the same among suppliers, vendors, distributors, whoever enters the market. We have also installed two full-body sanitisers, so that people can cleanse themselves and then enter the mandi,” Khan says.

Another supplier in the mandi, who has been in the business for four years now, is worried about how to cover for the Rs 6 lakh he has already paid as credit for fruits that he supplies to Azamgarh in Uttar Pradesh. Bharat Kumar has warehoused the harvest received from farmers, but there seems to be no sign of movement towards Azamgarh. Kumar is now dealing with twin problems –  his purchased produce is rotting, and there is no clarity about how he is supposed to transport the produce to the buyers.

Ramsudhir Singh, a street vendor who is pushing his cart along a colony in Lajpat Nagar, wears a mask as he sprays water on his vegetables. He has been selling vegetables along the same road 15 years but now, Singh finds himself in a deep fix. Procuring vegetables from the mandi costs three-four times what he paid earlier.

He says, “I am buying vegetables at thrice the usual price for 20 days now, and I’m unable to sell even half of what I buy. The total cost of a kilo of what I buy from the mandi now includes four times costlier transport and three times costlier vegetables, but I cannot sell the same at the total price, if I raise the price then I lose my daily customers, I have no choice but to suffer losses.”