Far too many movies portray taking the law into your own hands a solution for change. 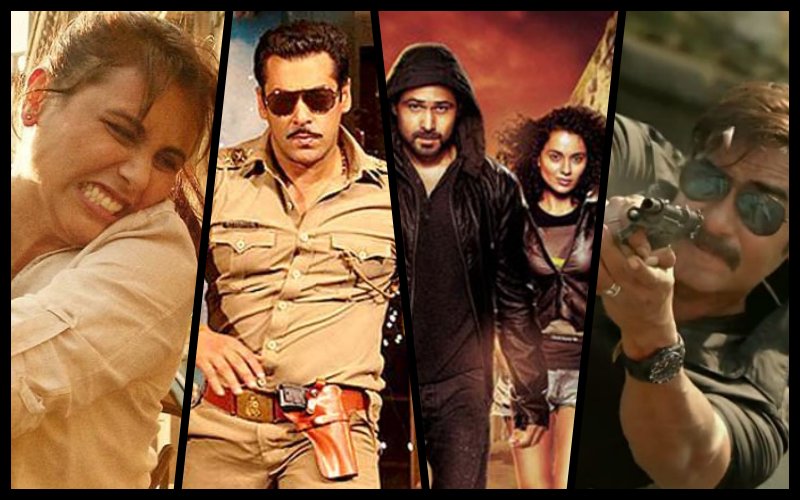 That is the concluding dialogue of the 2014 box-office success Mardaani. Rani Mukherjee, who plays a tough female cop, beats the leader of a child-trafficking ring to near death and leaves it to the young girls she has saved to finish the job.

The film’s promo clip, uploaded to YouTube by its production company YRF, carries the following description: “Sometimes, few things need to be done by going out of the way and not worry of the law.”

To advocate taking a life without fair trial, or by those who are not a legal authority, is by definition vigilantism. Whether the justification is for social or criminal justice as seen in the film, or for religious reasons as seen by the recent rise in attacks on Muslim and Dalit minorities in India, vigilantism turns democracies into mobocracies. Earlier this month, thousands of Indians took to the streets under the banner ‘#NotInMyName’ to protest the rising problem of vigilantism in India.

Films are a critical source of influence, especially in India, given the larger-than-life role played by Bollywood. Numerous studies have proven how the behaviour of characters we look up to on screen influence our own actions in real life.

Unfortunately, Mardaani is by no means the exception when it comes to Bollywood glorifying vigilantism. The last two decades have especially seen a significant number of such films.

In the blockbuster hit Dabangg, the police officer Chulbul ‘Robin Hood’ Pandey (Salman Khan) suffocates a corrupt political leader to death, while in Singham, the Goa police drags the local corrupt political leader to the station where they shoot him dead. Other action-entertainment movies like Special 26 and Gabbar is Back, both of which star Akshay Kumar, involve his character running a fake CBI network that raids corrupt officials in the first and a vigilante military network that kills corrupt officials in the second.

Ungli, starring actors like Randeep Hooda and Kangana Ranaut, and produced by Karan Johar, traces the vigilante antics of a group of friends. They teach corrupt politicians lessons by blowing up the roads in front of their houses, get violent with dishonest rickshaw drivers who hike up the fare and are all the while appreciated by the public for keeping things in check.

A Wednesday has Naseeruddin Shah playing a character called the “common man” who personally kills the terrorists of the 2006 Mumbai train blasts and 2002 Gujarat violence to ensure justice for the victims. He then justifies it in a speech. Aparachit, a Hindi remake of the Tamil super hit, shows the hero inflicting some of the most grotesque methods of punishment on corrupt or immoral officials, including frying one alive in a pot of oil and having a herd of buffaloes trample another.

Amidst thrillers, Madaari involves Irrfan Khan kidnapping the home minister’s son and holding him captive until the minister accepts blame for a bridge collapse in which Khan’s own son had died. Even the Indie genre has Angry Indian Goddesses, where a group of girls shoot a rapist to death as a first recourse and are supported by the public who prevent the police from identifying them as the shooters.

Far too many movies normalise the idea of the hero or heroine as more powerful than the law and a countless number have the protagonist inflicting violence on the villain for their own, subjective moral reasons.

Vigilantism as a solution

So why do so many Indian films present the idea of satisfying delivery of justice as taking the law into one’s own hands? Why are petition, plea and protest not advocated as legitimate means of engaging with change?

One answer is that showing vigilantism makes for extremely effective catharsis. It allows the audience to experience an uncomplicated solution – obliterating the enemy – to their frustrations around India’s corrupt politics, arthritic bureaucracy and numerous social evils. Vigilante characters allow viewers to project their desires to punish a corrupt political leader or sexual offender, puts the power of change and justice into the common citizen’s hands, and has the urgent and visible impact of a better world without the wrongdoer.

On the other hand, narratives around how to work with the intricacies of a system, petition government officials, organise protests or take opinions to the ballot box can be far more boring and complex to portray in commercial cinema. They would also require the audience to be empathetic towards the complexity of political and judicial institutions.

Another answer is that this second set of methods is not seen as powerful enough to actually have impact or deliver justice. In Rang De Basanti, an extremely moving, youth-centric film with a social justice theme, a group of college friends decide to hold the defence minister accountable for his corrupt practices. However, when their peaceful protest fails, they decide their only option is to murder him.

Working with the system

This skew towards films focused on subverting the system rather than working with it creates a bias in how we understand our options for change. Democracies around the world are strengthened each day through citizen efforts that don’t involve taking the law into your own hands.

In India, the internet campaign for net neutrality stopped Facebook from introducing ‘Free Basics’, a Change.org petition signed by nearly 30,000 people led to the regulation of acid sales to protect women from attacks and the recent farmer protests have seen initial relief in the form of loan waivers. The massive protests on the streets after the brutal rape of Jyoti Singh, young Delhi girl, in December 2012 pushed the government enough to bring about a new law. Citizens innovate with community-building tools and strategies to advocate to elected representatives, whether it is the Women’s March in the US organised over a variety of issues post the election of Donald Trump or public participation around budget spending in Brazilian cities.

Perhaps then, we need films that dissuade vigilantism and instead offer such a wider range of civic actions.

A starting point could be for those within the film industry, many of whom participated in the #NotInMyName protests against vigilantism, to support more scripts like Jolly LLB, Pink and No One Killed Jessica. Few as they might be, they are examples of commercially-successful civic change narratives. As audiences, the rest of us could spend our rupee on movies we would like to see inspire reality, rather than those that incite vigilantism and mob justice.

Anushka Shah works as a researcher at the MIT Media Lab in Boston.