The notice accuses the film and its makers of spreading "false, malicious and defamatory" sentiments against the community. 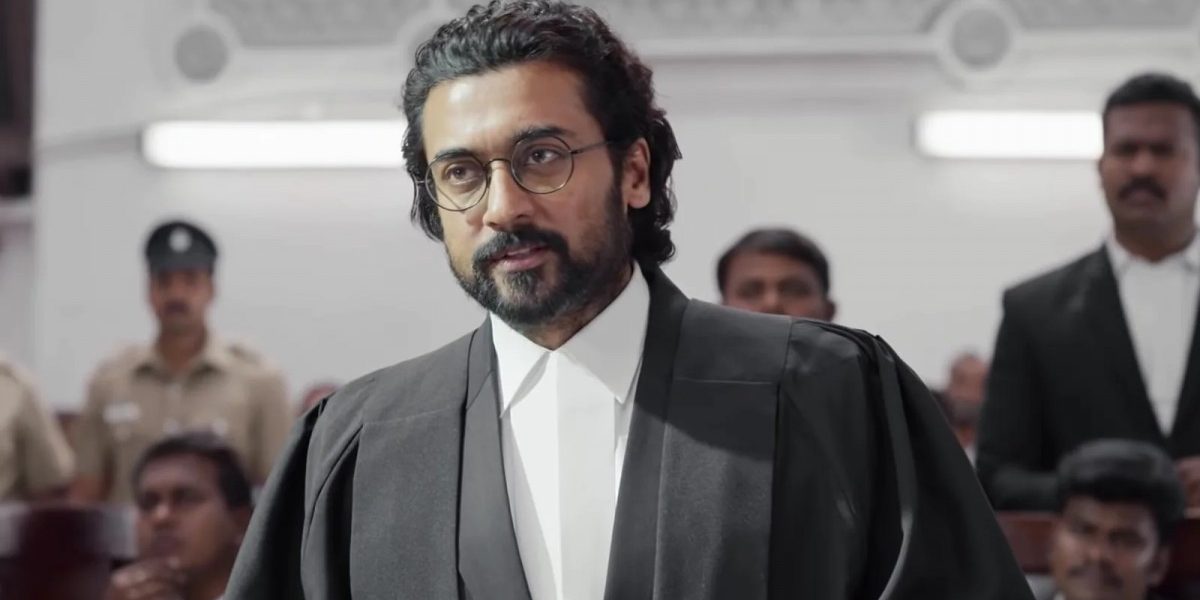 New Delhi: The president of a caste body representing the Vanniyars has sent a legal notice to actor Suriya and T.J. Ganavel, the director of the Tamil film Jai Bhim, accusing the film of spreading “false, malicious and defamatory” sentiments against the community.

According to The News Minute, the legal notice demands that the makers of the film tender an unconditional apology and remove scenes that the Vanniyar Sangam says are defamatory. The notice sought damages of Rs 5 crore which are to be paid “within a period of seven days from the time and date of receipt of this notice.”

A legal notice is not a lawsuit but can signify the sender’s intention to initiate legal proceedings.

The movie is based on a real-life incident: the custodial death of a man from the Irular tribe. Suriya plays a role inspired by Justice (Retired) K. Chandru, who fought the case as a lawyer in 1993.

In the notice, the Vanniyar Sangam says that though the movie is based on a true story, the character of the policeman who tortures Rajakannu, the man who is killed, “has been deliberately depicted as belonging to the Vanniyar caste”.

According to The News Minute, the notice says, “Our client states that you have retained the real names of the real characters in the real incident in the movie … But deliberately you have changed the name of the sub-inspector. In the real story, the sub-inspector who is involved in the custodial death of the under trial was called Anthonysamy, who was Christian by religion.”

The Sangam president also accused the filmmakers of deliberately placing a calendar with the “agni kudam” symbol associated with the caste body in the scene. This was done to depict the police character as a member of the Vanniyar community, the notice claims. The filmmakers acted with the “malafide intention of defaming the members of the Vanniyar Sangam and damaging the image and reputation of the entire Vanniyar community”, it says.

Actor Jyotika, who is Suriya’s wife and a producer of the movie; the production house 2D Entertainment Private Limited, which is run by Suriya and Jyotika; and a representative of Amazon.in, where the movie is streaming.

The film has run into a controversy over the police character, with the Pattali Makkal Katchi (PMK), a party that represents the interests of the Vanniyar caste, attacking Suriya for insulting Vanniyars. This allegation was made by PMK chief and former Union health minister Anbumani Ramadoss.

In his response to Ramadoss, Suriya said: Responding to the series of questions posed by the PMK leader on Jai Bhim, Suriya said in a statement in Tamil: “Through the film, questions have been raised against those in power, it should not be turned into name-politics and diluted.”

“The core concept of Jai Bhim is how, in a case argued by the retired Justice Chandru, a legal struggle was waged against the authorities to help establish justice. We have also attempted to talk about the problems that indigenous people face in their everyday lives,” he continued.

The actor denied allegations that neither the makers of Jai Bhim nor he had the intention to insult a particular community. “Neither my team, nor I have ever harboured any intention at any point in time to insult any individual or community as mentioned by you in your letter. I hope you are aware that corrections were carried out as soon as some people pointed out mistakes,” he said.

“I think you will remember that we have rectified even the small flaw pointed out by a few people”, Suriya said, referring to the fact that the “agni kudam” symbol on the calender, which had been changed.

He signed off by saying, “Let us all continue in our respective paths for equality and brotherhood to grow.”