With Children in Lead Roles, Short Film 'Uss Din' Is a 'Warning Against War'

"My hope with the film is simply that it makes people realise the abject stupidity and the cost of the hostility between India and Pakistan. It is an open secret that the people of both nations don’t hate each other," says filmmaker Vikram Gupta. 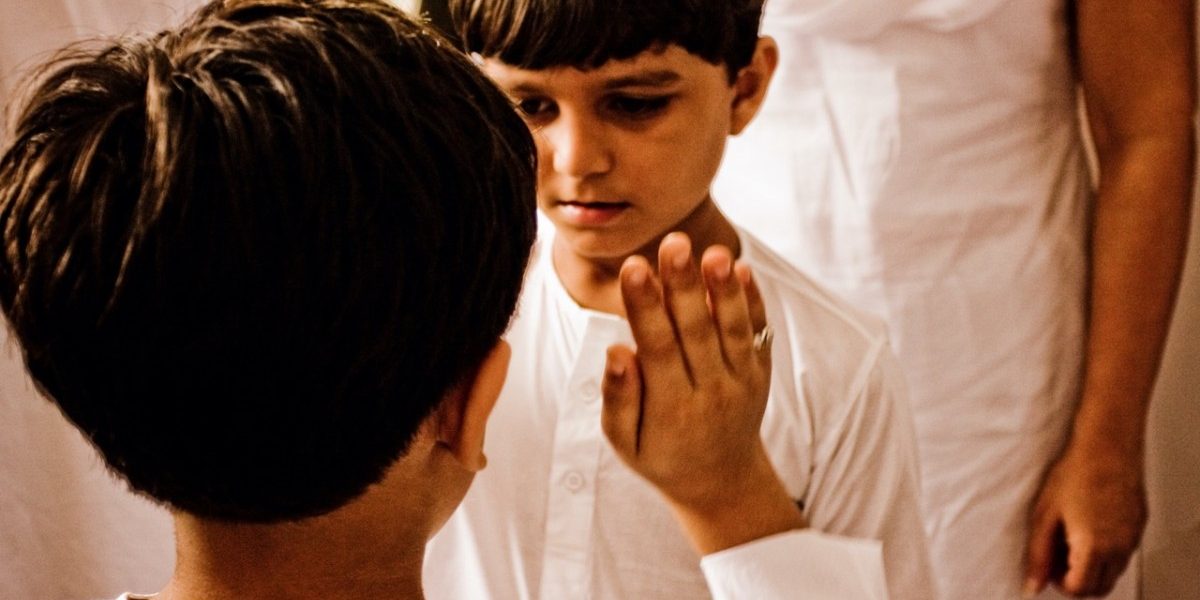 A scene grab from Uss Din.

What happens when two boys are caught in a growing conflict between their neighbouring families? The situation worsens as the authoritative heads of their households forbid them from playing with each other. The elders then amass weapons and start fighting with each other based on rumours.

Sound familiar? This is a story close to the heart of award-winning filmmaker and director Vikram Gupta, whose recently released short film Uss Din (That Day), 12 minutes long, tells a cautionary tale.

Starring Rajkummar Rao, the film, with minimal dialogue and rich symbolism, captures two sharply contrasting worlds, one inhabited by children and their innocent friendship, and the other overshadowed by the hostility and hysteria of adults. A string of events unfolds, threatening to destroy both worlds, leading to a metaphor that is revealed only in the last shot.

That last shot, in fact, depicts a visual that was in Gupta’s mind first, before he even conceived the film.

“The film aims to share an important message in compassion,” says Mumbai-based Gupta. “It is also a part of an important genre of films that highlight the experiences of children during conflict,” he adds. 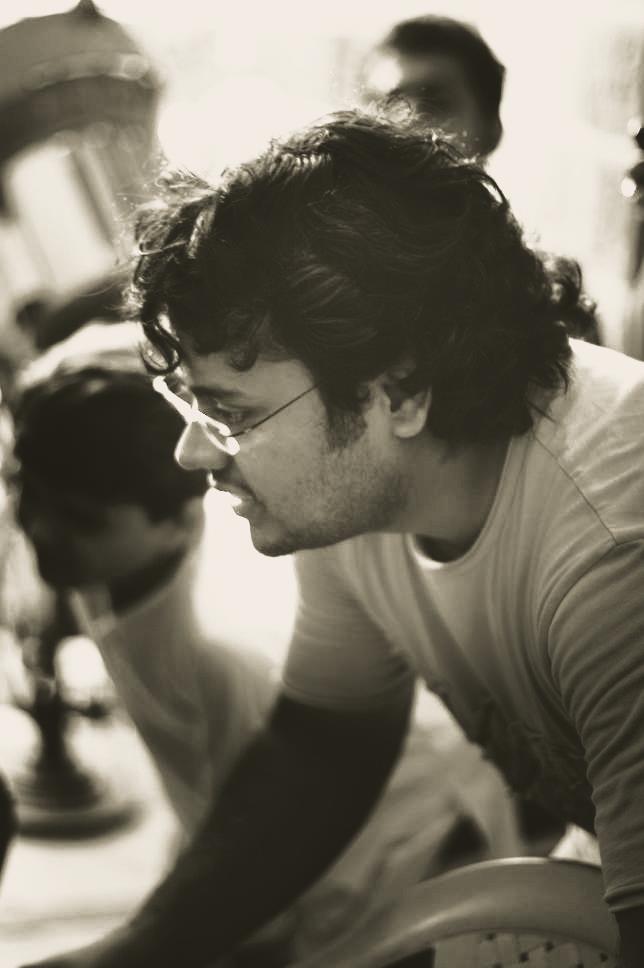 The boys keep trying to get back to their play, even as tension between their elders rises.

“It’s quite simple actually, the world is burning,” adds Gupta. “The ‘us vs them’ ideology is hurtling us down a chaotic road. The divisions within society are so loud and numbing, most of us have stopped even asking where this road leads us to.”

His film is a powerful, no-holds-barred answer to that question.

The characters, all dressed in white, have no names except for the boys, Ram and Kabir. The women, played by Pubali Sanyal and Sonal Joshi, symbolise the general citizenry. The men, played by Paras Thakral, Rajkummar Rao and Karan Mehat, signify leaders, explains Gupta.

The initial idea was inspired by an Arundhati Roy essay about India and Pakistan as neighbouring houses, each trying to point bigger weapons at the other.

“It left me with the question, what happens the day the weapons are used?” asks Gupta.

He answered his own question with a three-minute short titled That Day, 2008, for a film competition. He showed it around to raise resources and got an overwhelmingly positive response.

Everyone he approached agreed to be a co-producer in the first meeting – which is how Uss Din got its five co-producers. Nine months into the making, the film was premiered in October 2020 with Royal Stag Barrel Select Large Short Films, a platform showcasing directors and actors telling compelling stories in 15-20 minutes.

“My hope with the film is simply that it makes people realise the abject stupidity and the cost of the hostility between India and Pakistan. It is an open secret that the people of both nations don’t hate each other,” says Gupta, who admires peace initiatives like Aman Ki Asha.

Also read: The India-Pakistan Masterpiece That Fell Through the Cracks

“It breaks my heart that such initiatives are needed in the first place,” he adds over a phone call.

“When leaders decide to go to war, the citizenry is sucked in. And like the women in the film, they are never asked,” he laments.

The men show their strength, operating on the premise of: “You got a big weapon, now so do we!” They don’t ask what happens if both fire at the same time – “the most glaring flaw in every arms race”, notes Gupta.

Each side sees ‘the other’ as the enemy, the threat. But the people of the ‘other house’ (played by Sunny Tiku, Karan Mehat, Shashank Tripathi and Manan Kotak) are also a mirror image of the other family – “in every way including hopes, dreams and fears”.

Aggressive actions, like a man cutting up the ball the boys play with and throwing the pieces towards the other house, add to the tensions. In all this, what’s threatened is the future symbolised by the children (Jay Thakkar and Mannan Kotak) playing their games. They know there is chaos brewing around them.

“The bias, the hatred, the vitriol, they will be indoctrinated with all of that, when all they really want to do, is play together,” he says.

When Rao’s character punishes the child for playing with the boy from ‘the other side’, he symbolises the “authoritative state”.

A scene from ‘Uss Din’. Paras Thakral, Sonal Joshi and Rajkummar Rao are seen in the picture.

“It doesn’t matter that the boy doesn’t want to hate or fight. He is forced to, because his ‘side’ has made that choice,” explains Gupta. “The in-shot composition shows the father literally ‘talking down’ to the child.”

In one scene, a man is sharpening a knife when he hears rumours that the other side has a gun. The rumour justifies his knife. “To him, it will be the justification for everything that follows,” says Gupta. “If all you have is a hammer, everything looks like a nail. To a family that has been collecting guns, everything is a reason to use them,” he adds.

Here’s the breakdown of symbols and motifs used in Uss Din (spoiler alert for those who want to try and decipher the film themselves):

“After the first shot has been fired, cold war and rhetoric are done, the tension level has brimmed over, the escalation has claimed its first casualty. This is the beginning of the end.”

That’s when the ‘Men’ decide it is time to use the weapons they’ve bought.

“This leads to a bloodbath. All lofty ideas disappear. There is no glory, no honour. Just raw emotions, screams, pain and blood. And there is no turning back,” is the grim warning of Uss Din, he explains.

Once the ultimate weapons, nuclear missiles are used, there is nothing left to live or fight for.

“In the end, no one wins. The world talks about war in figurative terms. War, fight, honour, glory. The idea of this film has been to show what literally happens. Metal tears flesh, people die, worlds are destroyed. They say two armies that fight each other is like one large army that commits suicide. This needs to stop,” says Gupta.

He made Uss Din to start a conversation, which is already visible in the hundreds of comments under the YouTube posting, both from India and Pakistan. He is aware, he says, that this is just “a trickle”.

While his film is intended to be a parable about the India-Pakistan situation and their nuclear-armed status, it fits any conflict situation – not just cross-border, but within borders. The response to it may be a trickle so far, but each such trickle contributes to the sea of hope, peace and compassion.