Alain Resnais’s film ‘Guernica’ (1950) is a moving commemoration of both Picasso’s masterwork and the Spanish Civil War (1936-39). 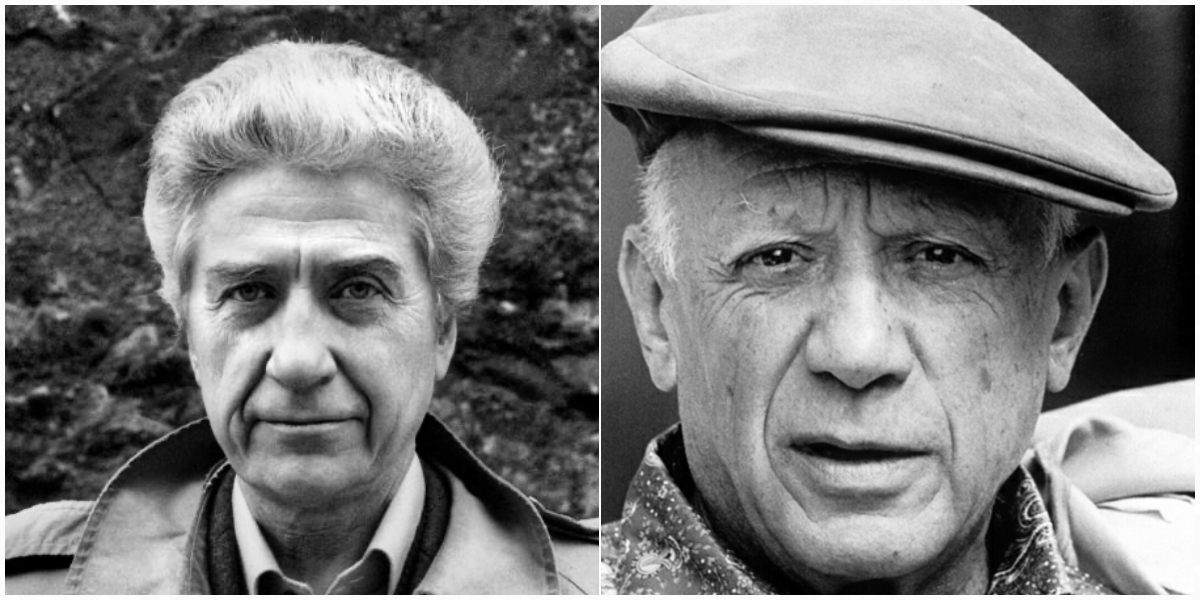 The bust of a man fades in slowly onto the darkened screen. Clasped to his chest and his rugged hands is a bleating lamb with a gaunt neck. The camera zooms in ever so slowly on the man’s rough-hewn face, which sets off his large, eloquent eyes with their intense gaze. As we look at that face and into the eyes, the voice-over’s rousing words cry out defiantly:

Under the dead oak tree in Guernica
to the ruins of Guernica
under Guernica’s pure skies,
a man came back, holding a bleating lamb,
and a dove in his heart.

For all men he’s singing
the pure song of rebellion,
grateful for love, rejecting oppression.

The wasps of pain rush
into the broken horizon.
The bees of his songs made
their nests in the heart of humanity.

That final intonation of the word ‘Guernica’ is a fervent cry of hope, of ardent affirmation. Of a sudden, we are lifted out of a terrifying welter of death and devastation and on to sanity and the rhythm of the renewal of life. At the coda of Alain Resnais’s magical film, Guernica becomes an incantation. 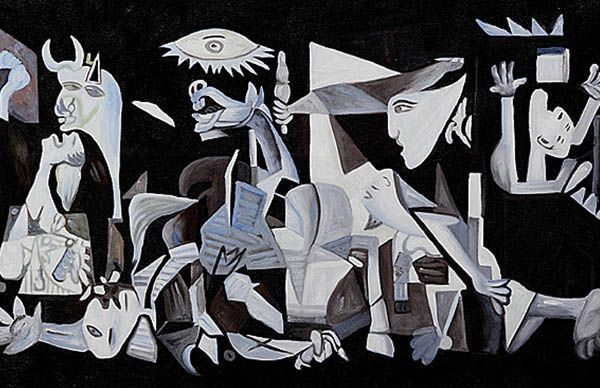 The man with the bleating ram in his hands is Pablo Picasso’s 1943 large-format sculpture, cast in patinated plaster, titled ‘L’homme au mauton’ which recreates, in an allegorical representation of peace and freedom, the Good Shepherd of early Christianity. Today, it is housed in Madrid’s magnificent Museo Reina Sofia, which also hosts some of the other paintings and sculptures that populate the world of Resnais’s 1950 film – Guernica.

Reina Sofia is now home to the painting that lends its name to the film, too, dedicating an entire gallery to the canvas’s immensity (25 foot-by-12 foot). At the time the film was made, however, the painting sat at New York’s Museum of Modern Art from where, Picasso was categorical, Guernica could not move to Spain as long as democracy had not returned to his homeland and dictator Francisco Franco’s ghost exorcised. ‘Only over my dead body’ was his reply to a Spanish government request to allow the painting to travel to Spain.

Other Picasso creations that figure on the film’s canvas are now spread over several museums across Europe, including in Malaga, Madrid, Paris and, of course, Barcelona. The treasure house at Barcelona’s Museo Picasso happens to have provided the film with at least two ineradicable images of the human condition: A Frugal Meal (1902) and Motherhood (1903). 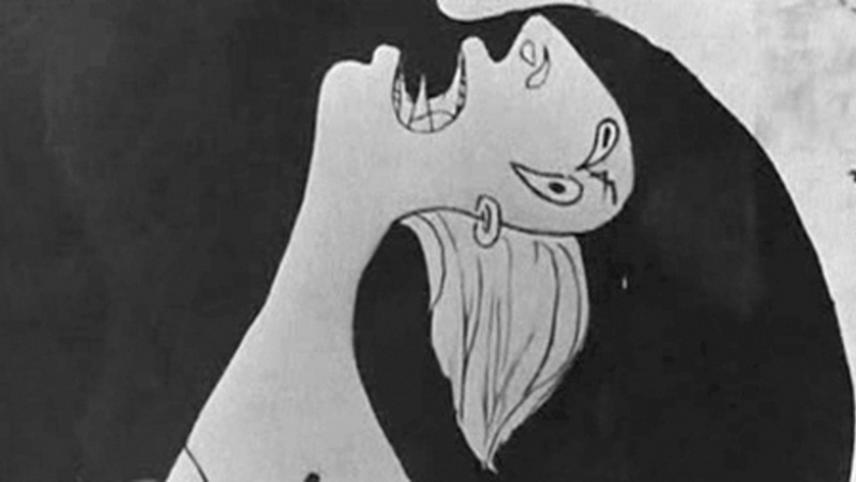 One of Picasso’s preparatory drawings for his painting that Resnais’s film uses.

What is truly extraordinary about Resnais’s Guernica is not only that it is about Picasso’s magnum opus, or that it sears into the viewer’s memory even without incorporating any graphic image of the carnage that Picasso memorialised in that work. What it really achieves is this: it situates the Fascist massacre of a quiet little corner of Republican Spain on a balmy April afternoon within the wider context of death’s unrelenting animus towards life. In Resnais’s schema, human life is sustained by innocence, simplicity and togetherness, while Fascism, feeding as it does off death and destruction, is the very antithesis of life, as Picasso’s 1937 masterwork brings out with its terrifying directness. 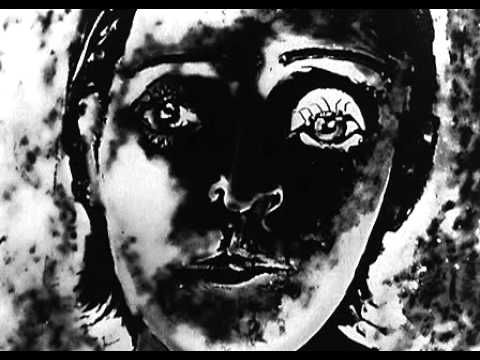 Remarkably, Guernica is all of 13 minutes long. The film’s first couple of minutes comprises a brief, dry voice-over reporting the wanton slaughter of nearly 2,000 non-combatant civilians in the northern Basque town of Guernica by Hitler’s airmen on April 26, 1937 about a year into the Spanish Civil War.

Next, Resnais proceeds to depict, via some quick, deft jump-cuts, the lives, loves, pleasures and pain of ordinary lives as encapsulated in a number of paintings, drawings and sculpted figures created by Picasso between 1902 and 1949. The beauty and the pathos of these lives, their simplicity and their innocence, their ordinariness as well as their nobility, are brought home by Maria Casares’s soulful rendition, in the background, of the Paul Eluard poem ‘Victory of Guernica’ written soon after that fateful April day of 1937 – the suggestion being that all this was what the Nazi bomber squadron had sought to wipe off the face of the earth in their murderous aerial campaign.

About 6 minutes of screentime later, the narrative’s tone changes and the momentum picks up dramatically. The screen goes dark momentarily, as though night has suddenly descended upon the earth, and then screaming sirens begin to tear the darkness apart. Incendiaries, one can sense, have started raining down from the sky. The obliteration of an entire landscape is suggested by a number of Picasso sketches, made preparatory to his Guernica canvas (and all on display at the Reina Sofia today), that erupt on the screen one after another at a frenetic pace and fade out with equal rapidity. It is as though the viewer’s senses are being strafed by a relentless hail of bullets. The background score takes on a grim, grating tone, at times sounding unsettlingly dissonant, even off-key, at other moments menacing in its high-pitched intensity.

That intensity tapers off slowly, however, before the image of the Good Shepherd forms itself bit by bit on the screen. First, we see the man’s feet, planted firmly on the pebbly earth; then his legs, spindly and long; then the torso, the lamb pressed to it earnestly; then on to his face, unremarkable but for his high forehead with the innumerable furrows running across it, and his enormous eyes with their piercing gaze. The music sheds its strident note, now sounding hopeful and radiant as the voice-over’s impassioned words seem to tumble out verily from the viewer’s throat: “Innocence will overcome destruction. Guernica.” 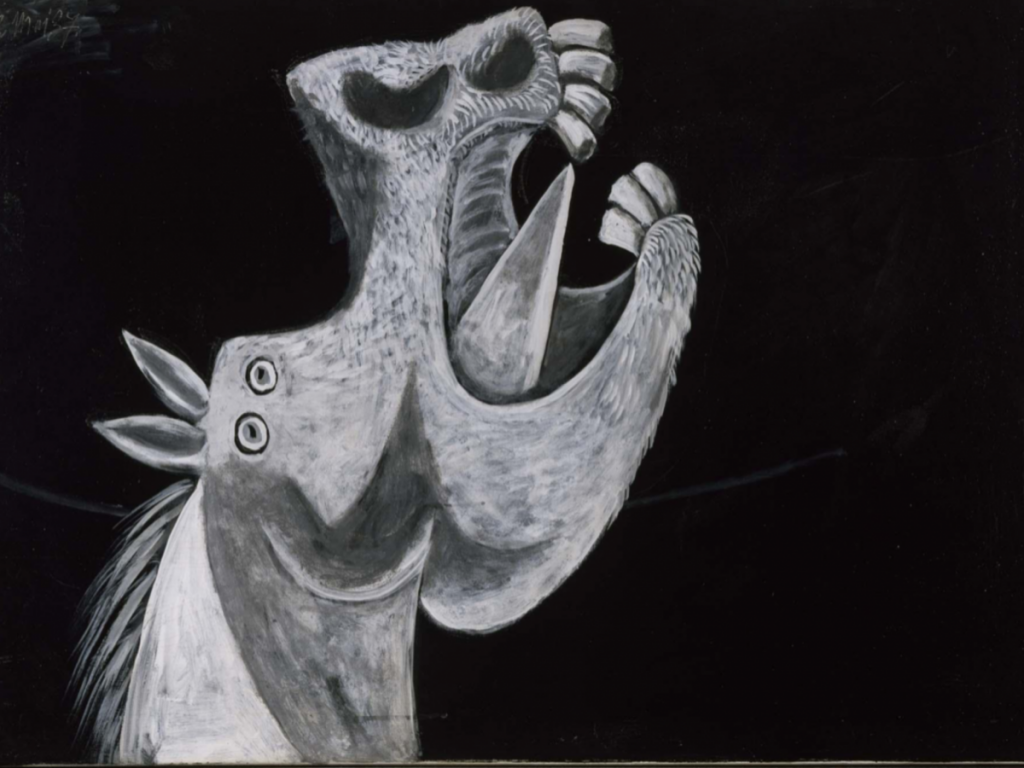 We must bear in mind that at the time the 28-year-old Resnais was conceptualising his ground-breaking film, Franco was securely ensconced in Spain still, and even the routing of Nazism/Fascism in Western Europe and the death of both Hitler and Mussolini had scarcely had any impact on the politics and political economy of Spain. The Spanish dictator’s reign was to last a quarter-century more and democracy – the rallying cry of the Spanish Republicans in the Civil War – was not to be restored to Spain for another 30 years.

More than anything else, therefore, Resnais’s invocation of hope was an act of faith in the possibility –indeed, the inevitability, as the young French artist-activist saw it then – of freedom and peace for Spain as well as for the wide world. About such hope, such faith, we are likely to feel somewhat ambivalent today as we look around us, and we cannot be blamed if we do. It is idle to speculate how Alain Resnais and Pablo Picasso, if they were alive today, would have looked at their own belief in peace and progress. But we cannot but bow our head before the courage of the convictions of these two great artists of the 20th century. 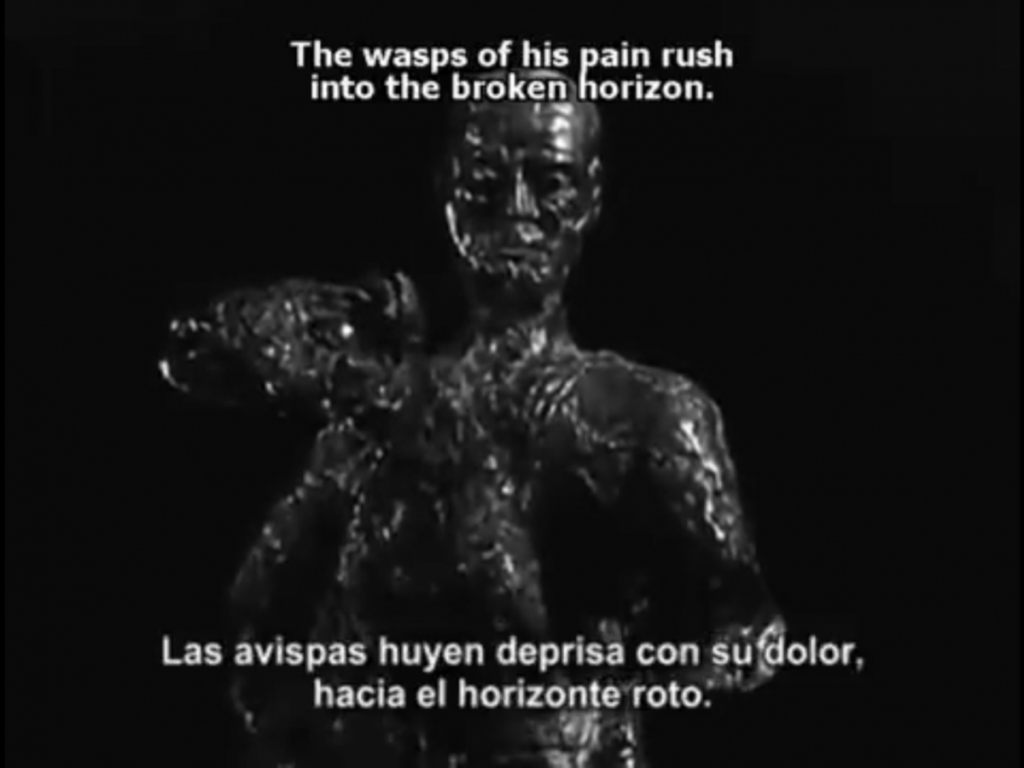 Resnais’s invocation of hope in the midst of a welter of devastation.

Like many other people that I know, I had also seen countless prints in varying sizes of Picasso’s magnum opus before I got a chance to visit room number 205 of the Reina Sofia where the Guernica stands in solitary magnificence today. I always thought I knew the painting inside out. And yet nothing had prepared me for the experience of standing in front of the canvas myself. I was simply overwhelmed. The memory of that clammy winter evening from many years ago is still fresh in my mind. And I reckon that one’s memory of Resnais’s Guernica will also be as enduring. As we look back to that day from 86 years ago when the Civil War in Spain got off to a tumultuous start, we can do little better than pay homage to these two resplendent works of art commemorating one of history’s most stirring episodes of hope and despair.

Anjan Basu writes about culture and the politics of culture. He can be reached at basuanjan52@gmail.com