Tu Hai Mera Sunday with its terrific casting and credible performances is serious about its intentions but doesn’t take itself too seriously. 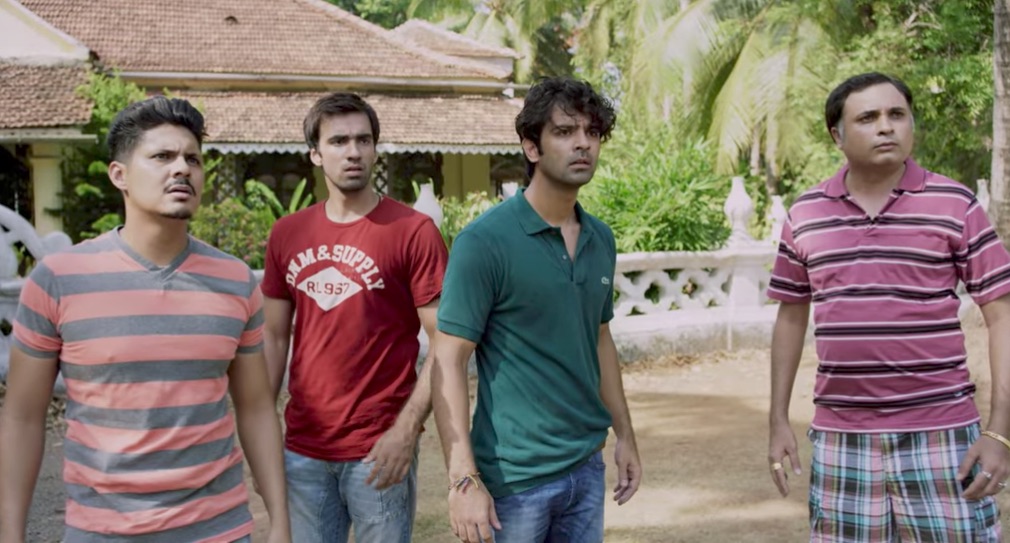 Halfway through Milind Dhaimade’s Tu Hai Mera Sunday, Rashid (Avinash Tiwary), a young shopkeeper in Mumbai, sees two kids playing with his bike. Incensed, he begins scolding them. It has no effect on them and they continue their shenanigans, as if Rashid isn’t visible. Then their mother, Tasneem (Rasika Duggal), comes out of the apartment building, which also houses Rashid and tells him that her kids are deaf. Rashid is embarrassed. He asks her how to apologise in sign language. Tasneem tells him to place his erect index fingers on the edges of his forehead, resulting in a gesture that resembles horns. (Turns out she was pulling a prank on him; that meant, “I’m a fool.”) Later, in the same scene, Rashid asks Tasneem about her husband. “He’s in Dubai,” she says, and adds, after a pause, “with his second wife. He didn’t want to live with disabled children.”

That’s all it took for me to fall for this film. Just two words: “Life hai”.

Tu Hai Mera Sunday begins with five friends on a Mumbai skywalk, peering down at a ragamuffin – making fun of and pointing fingers at him. (It would become clear later that the joke is on them.) The five friends – Arjun (Barun Sobti), Rashid, Dominic (“Domi” for short) (Vishal Malhotra), Mehernosh (Nakul Bhalla), and Jayesh (Jay Upadhyay) – comprise a motley group, who have known each other for long. They belong to different religions; they’ve different attitude towards life; they want different things from it. What brings them together is love for football. Every Sunday, they flock to Juhu beach to play the game. Soon, because of a frivolous accident, the beach no longer remains a venue, and they begin searching for a new place. Mumbai, however, offers no easy answer.

But that’s not what the film is about. What is it about then, you wonder for quite some time, as the film moves from one character to another, detailing their lives. Domi lives with his mother, who chides him for not getting married. As a result, they frequently break into fights. Arjun, living with his sister’s family, has quit his high-paying corporate job to float a small consultancy. Rashid, the group’s Casanova, lives in a small one-room apartment littered with dust, waste, and rats. Mehernosh, a quiet bespectacled milquetoast, works a 9-to-5 job, and sends his boss anonymous hate snail mails. He’s also fallen for his co-worker, but like most people scared to come out of their own heads, he is too timid to strike a meaningful conversation. Then there’s Jayesh, a middle-aged Gujarati, who is fixated on avoiding his family. Football, and the company of his friends, is his solace. That’s how it is for the rest of them, too.

When life gets unbearable and monotonous you invent a cause, a purpose, a hobby. In this postmodernist world – where every plebeian on street is a master of postmodernism, holding forth on cynicism, life’s absurdity and futility, deploying tired means of communication: a wry sense of humour, irony, detachment, needless coolth, excessive condescension, self-referentiality, maximalism (such as this sentence) – the sincerity of Tu Hai Mera Sunday is admirable, heartwarming and, in more ways than one, beautiful. Here, characters mean what they say, and what they say has meaning. (When was the last time you heard a Hindi film character say, “I love you”?)

The film reveals itself in small scenes, where, on the surface, nothing may seem to happen, but its commonplace exterior hides a torrent of urban discontent and hope. Take, for instance, someone like Arjun, who quit his corporate job in the US, because he feared it’d relegate him to the fringes of insanity. Stories of these kinds – of young Indian men getting disillusioned with education or career – have become increasingly common over the last few years, and yet we hardly see their depictions in mainstream Hindi cinema. Or, for that matter, the story of Jayesh, wilfully neglecting his family. Towards the end of the film, we see a snapshot of his house, where people are gearing up for a puja; it looks like a regular Indian family (maybe slightly more religious but nothing about them signals off-putting). And yet, Jayesh doesn’t want to spend time with them. This is an Indian story, too, for Jayesh is not alone. We don’t see such stories on our screens, either. You wonder why. If we won’t tell the stories of our own backyards, who else will?

What have also gone missing from Indian screens are stories of male bonding – the kind of connections delicately suspended between sentimentality and banter, the kind of friends one made, and held on to, in college. Modern Indian life constantly throws vacant spaces at us – slyly trying to impress someone on a first date, a heartfelt conversation on beach that prompts you to open your heart, a drunken monologue that reveals your insecurity about being a minority in this country – and Tu Hai Mera Sunday fills that vacuum with warmth, compassion, and humour. It’s also deceptively simple, cutting across five different storylines, for the large part, with consummate ease. It doesn’t wear its world views too heavily, either. Tu Hai Mera Sunday, like all assured films, is serious about its intentions, but it doesn’t take itself too seriously.

It is also elevated to a large extent by terrific casting and credible performances. Sobti, in particular, who inhabits every scene of his with impressive calm, is a revelation. So is Shahana Goswami, as Kavya, a twenty-something taking care of her mentally infirm dad (Shiv Subramaniam), who bonds with Arjun. Tu Hai Mera Sunday is consistently funny, but, more importantly, it’s so in a manner that is relatable and, even, intimate. For a film that’s tonally consistent, its false notes are few, such as in a scene with Domi and his family towards the end, which strives too hard for a closure, appearing schmaltzy in process.

Tu Hai Mera Sunday is, what can be considered, a ‘feel-good’ dramedy. But what’s notable, it doesn’t serve its characters easy contentment or joy. The world is as unforgiving, as demanding, as unfair to them, as it is to anyone else. But instead of moping through their worries, they cling on to small triumphs, lighting one match after the other in a room of unending darkness.