'Toofan' is a Mediocre Rehash of Tired, Old Bollywood Cliches and Tropes

Only once does Rakeysh Omprakash Mehra surprise the audience with an element of subversion that comes as a pleasant surprise. 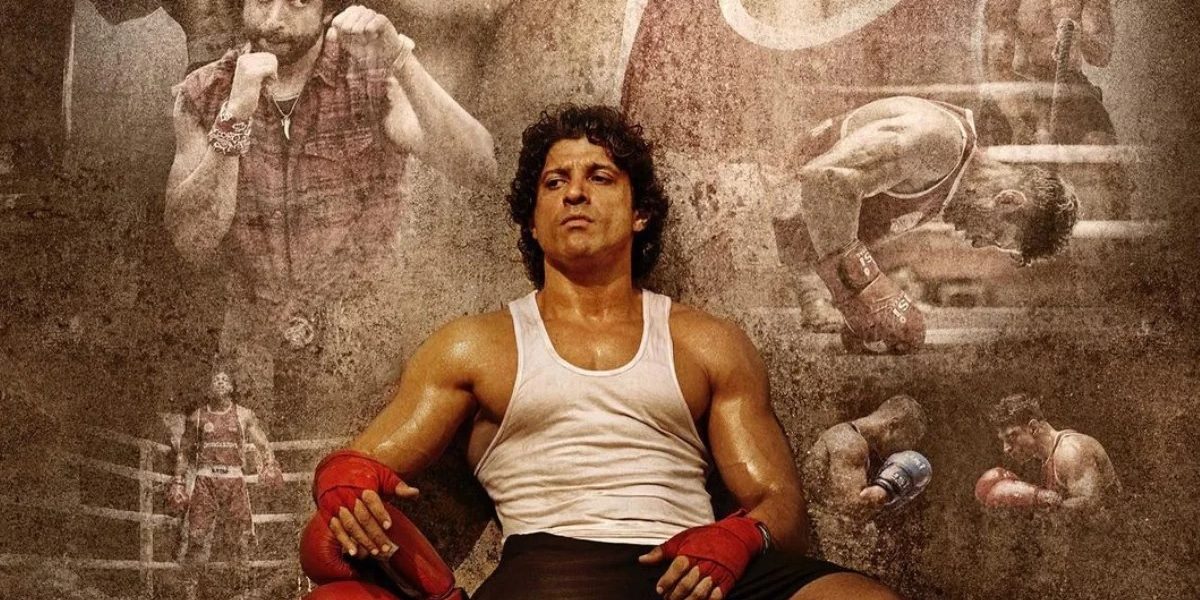 It’s all in there: a violent extortionist, Aziz (Farhan Akhtar); a respectable doctor, Ananya (Mrunal Thakur); a funny sidekick, Munna (Hussain Dalal); a fastidious coach, Nana Prabhu (Paresh Rawal); debilitating odds; fighting underdog; and an impossible dream, a national boxing championship. And so it begins, a step-by-step reconstruction of an old formula. Aziz gets injured in a fight, goes to a local hospital, sees a doctor, who turns out to be Ananya (of course). They start on a rough note, keep bumping into each other, and – you know how it ends, don’t you? There are enough contrasts. Aziz and Ananya: feared and loved, Dongri and Dadar. Aziz and Aziz: a ruffian and a softie (who spends his free time with the kids at an orphanage; those scenes are filmed with as much finesse as some foreign correspondents describing ‘poor’ Indians).

Ananya sees the compassionate side of Aziz through – what else but – a coincidence. Aziz watches a three-minute YouTube video of a Mohammed Ali match and wants to become a boxer. Nana, a renowned coach, finally decides to train Aziz, but he turns out to be – what are the odds! – Ananya’s father. Sometimes you think the film is operating in some sly meta mode. In an early scene, for instance, Ananya mocks a nurse (Supriya Pathak) defending Aziz, saying, “Uske haalaat bure hain [oh, his circumstances are bad]” – borrowing a line from Hindi potboilers verbatim.

Toofan also stays loyal to the Bollywood playbook (“if a recent approach has been successful, borrow its crucial elements”). So, we’ve some Gully Boy vibes: a poor Mumbai underdog as neglected as his locality — rough around the edges, an evident victim of class divide – training to win a prestigious championship. There’s even a rap song here (besides other similarities: same production house and a co-writer, Vijay Maurya). And if such derivations aren’t enough, the central conceit itself, a boxing drama, is stale, an overfed sub-genre that burps in clichés.

Rehashing popular ideas to make a crowd-pleasing entertainer isn’t a dealbreaker. But unlike any creative adaptation, Toofan is mindless adoption. Mehra, whose films have become progressively worse since Delhi 6 (2009), seems way too complacent, isolating his drama from the possibilities of discovery. Yet a small subplot – politically relevant, subverting genre expectations – stands out: Nana being a bigot. Moreover, giving that role to Rawal, who is right-wing and a vocal champion of the current dispensation, is a casting coup. The writing becomes sharp whose candour takes you by disconcerting surprise. “We should keep Muslims at an arm’s length,” says Nana early in the movie. The film continues to explore his mindset, interrogating and busting his vicious bubble. Later, Nana refuses to order food from a Muslim restaurant, even telling his liberal friend (Mohan Agashe), “Hinduism is in danger because of people like you”, and objects to his daughter’s marriage citing “love jihad”.

Bollywood films hardly depict Hindu fundamentalism, and they definitely don’t do it via an otherwise positive character (Nana is a loving father, an honest friend, a sharp coach). There’s an excellent scene where his friend tells Nana, in reference to him coaching Aziz, that his real religion is boxing. But this is still a Mehra directorial [who last made Mere Pyare Prime Minister (2019)], so this subplot is only effective till a point: Ananya hardly questions her father’s bigotry (her defiance only goes as much to say, “Aziz isn’t like this”) followed by some ‘balancing’ act where Aziz’s landlady tells Ananya to change her name to “Amina” and, when the couple disagrees, orders them to find a new house.

The rest of the film continues being thoroughly mediocre, popping illogical twists. One of them, transforming the second half, makes no sense at all. Centered on Aziz’s moral conundrum, it contradicts his views in a short span. (People can be contradictory, but the theatrical plot turn doesn’t give you the sense that the makers are self-aware.) Even that twist’s revelation, through CCTV footage in a sports complex, demonstrates a lack of even bare-minimum effort to convince the audience. Since this is a sports drama, we get, probably for the ten-thousandth time in the history of cinema, a training montage. This trope, much like the rest of the movie, is quite stereotypical – except for split screens trying to make it look ‘different’. In fact, Mehra isn’t directing such a segment for the first time. His 2013 film, Bhaag Milkha Bhaag (also starring Akhtar), had a similar stretch set to a song (also scored by Shankar-Ehsaan-Loy), where a tormented athlete subjected himself to a punishing regime (also featuring tires and ropes).

Like Bhaag Milkha Bhaag, Toofan manufactures simplistic villains to mould our sympathies. Aziz’s final opponent, a brawny figure with a murderous stare, doesn’t even look like a person. A bigger villain (Darshan Kumar) – once defeated by Aziz, now a boxing federation official – resurfaces with a glass eye. The dude could have tattooed “douchebag” on his forehead, and even that would have been more subtle. Besides, the climactic twist, centered on Evil Eye and Nana, is so predictable and ludicrous that even mediocre film students would have discarded it from their first drafts. Yet it bookends Toofan like a badge of honour, marking a new chapter in Bollywood embarrassment.