TIFF 2020: Pandemic as an Allegory of Loss, and a Journey to Redemption

Christos Nikou's absurdist ‘Apples’ looks at the human condition through the metaphor of an epidemic of amnesia while Miwa Nishikawa’s ‘Under the Open Sky’ reflects on the possibility of starting life anew in an unforgiving world.

At times the most affirming thing about life could just be a banal morning – breakfast and coffee with the hum of Simon and Garfunkel’s Scarborough Fair in the background and a sloppy lick of affection from the neighbour’s dog as you venture out to kickstart another ordinary day, munching on an apple. But embedded in this unremarkable sequence in Greek writer-director Christos Nikou’s debut feature, Apples (original title Mila), is also the intimation of the unexpected, the hint of which comes casually in a broadcast about the government’s “programme for the amnesiac”.

On hindsight, the recognition by a dog, a red apple – the fruit that supposedly enhances the retentive power – and a song that talks about the remembrance of an old love become allusions to the theme of identity and memory and what it would mean to suddenly lose it one fine day. 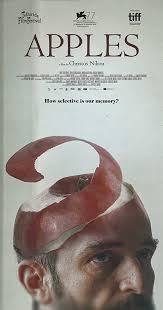 Nikou is the latest addition to the contemporary Greek Weird Wave of cinema, characterised by films with unusual premises, stylised filming and a resolutely independent spirit. It was ushered in by Yorgos Lanthimos’ Dogtooth in which Nikou had worked as an assistant director.

Nikou envisions a bizarre world in Apples that played recently in the TIFF Industry Selects section of the Toronto International Film Festival. One by one, people are falling sudden prey to forgetfulness. A man who has got out of his car and is sitting on the roadside can’t remember that he was driving it just a moment ago. The protagonist, Aris, fortified with coffee, Scarborough Fair and a dog’s affection, can’t recall where he boarded the bus he is travelling on or where he is supposed to get off. Or for that matter what his name is and where his identity papers are. The city is in the grip of an inexplicable, incurable epidemic, the telltale sign of which is the sharp pain in the middle of the head.  And then there is nothing but oblivion.

A few of the ill have been taken back to their homes and original lives by their families and friends. But largely the hospitals are teeming with “unclaimed patients” – people who are like lonely islands, unmoored in time and space, disconnected even from themselves. Perhaps their near and dear ones have also turned amnesiac like them.

Nikou takes the audience along on this journey with Aris, who is admitted to a neurological hospital where doctors working in the disturbed memory department have developed a recovery programme to help people like him build a new life. All he has to do is regularly perform the tasks assigned by the doctors on a cassette and capture significant moments of his new life with a Polaroid camera.

It is the camera that becomes the visual reminder of the disease. A bit like how masks, sanitisers, PPE kits and hazmat suits are defining our world in the time of the COVID-19 pandemic.  It’s also a poignant object that makes lost, lonely souls like Aris identify and bond with others like Anna, who is also enrolled in a similar recovery programme.

Nikou describes Apples, as an allegorical comedy-drama, that seeks to explore how our memory functions and how this affects us.  “Specially,” as he says in his Director’s Note, “by a technology which nowadays makes it very easy to record information. Could it be that all this advance in technology has made our brain ‘lazier’ and thus we remember fewer and fewer events, fewer and fewer emotions?” Or as he put it in an interaction at the Venice Film Festival, where the film opened earlier in the month, we are so busy taking photos for social media that we have stopped living in the moment. “Could it be that we have ended up living ‘less’?… You don’t need to keep things in your mind anymore, you store your memories in your computer or publicly in your social media feed.”

The pandemic has been an identifiable literary trope, from Albert Camus’s The Plague to Jose Saramago’s Blindness, he points out. “These are stories, like Apples, where the sickness is not important in itself, not even in its impact on society; it is merely a device to talk about what could grandly be called the human condition at the individual level,” he writes.

Nikou counts films like Spike Jonze’s Her, Leos Carax’s Holy Motors and all of Charlie Kaufman’s films as his favourites. (Interestingly, the cult sci-fi romance written by Kaufman, Eternal Sunshine of the Spotless Mind, dwelt on the erasure of the lovers’ memories after the end of their relationship). The world Nikou creates in Apples is as rich and philosophical as it is bleak and dystopic. The beguiling narrative throws up deeper existential questions that often confront us in moments of extreme crisis—is it possible to rewrite your past? If not, can you just let go of it and acquire a brand-new identity? Can one start life anew from scratch? Is it possible to create new memories when old ones become meaningless or when you are left with none to hold on to? Or, as Nikou himself asks in his Director’s Note: “How selective is our memory? Do we remember what we have experienced or what we have chosen to remember?”

Apples provides no answers. It is surreal, quite like the cinema of Nikou’s mentor Lanthimos’, but not obscure and incomprehensible; it teems with emotions despite the stark and austere frames. It talks in metaphors from which you have to seek out your own truths and meaning. In fact, there are moments when Aris even makes you wonder if this whole memory project is for real or an act of pretence on his part.

What is genuine is the evocation of loss and a deep sense of anguish. In fact, the idea of Apples came to Nikou eight years back when he was trying to get over the loss of someone close to him. He asks: “Can we forget the things that hurt us? Could it be that deep down we don’t want to forget painful experiences because without them we lose our existence? In the end, are we simply the sum of all those things we don’t forget?”

It’s a journey inwards into the mind and heart of Aris. Music plays a key role in the reconnection with, or rediscovery of the self, be it “Scarborough Fair” or Brian Hyland’s “Sealed with a kiss”. Aris Servetalis, in the lead role, harnesses the power of the deadpan look to astounding effect throughout the film, give or take a brief flash of a smile or moist eyes. One of the most  beautiful moments in the film is of him dancing  in abandon to Chubby Checker’s Let’s twist again – a man dangling in the present moment, with neither the baggage of the past nor the certainty of the future to restrict him. 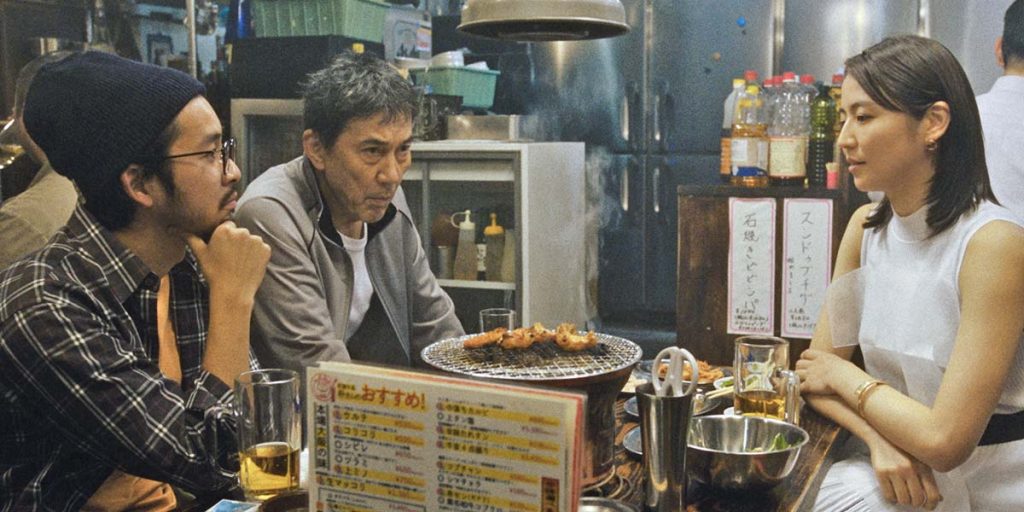 A still from Japanese filmmaker Miwa Nishikawa’s ‘Under the Open Sky.

Like Aris’ journey within, Mikami in Miwa Nishikawa’s Japanese film Under the Open Sky (original title ‘Subarashiki Sekai’), which is part of the TIFF’s official selection, is also on the road to reform and rehabilitation. After 13 years of imprisonment for murder, the former yakuza, is trying to find his old mother, a job, and his place in society. It is not easy, given his impetuousness and mercurial nature – the fact that in his new life he cannot tolerate the oppression of innocents and the powerless, has not made life easier for him.  Becoming an ordinary man from an ex-convict is not so easy and redemption remains elusive even when it seems within reach.

Like Nikou, Nishikawa has also had a celebrated mentor, having been an assistant director to the legendary filmmaker Hirokazu Koreeda in After Life (1998) and Distance (2001). So, while her film might  take off  from the world of crime syndicates and be centred on a yakuza, it becomes, like Koreeda’s cinema, more of a deep dive into the larger society and the many irreconcilable contradictions embedded in it. “The social system has changed in the past thirty years, but people’s thoughts and attitude toward ex-convicts have not to the same degree. Do we live in a society that gives us a second chance at life? I feel that everybody in Japan harbours an unspoken anxiety and suffocation [caused] by an unforgiving world,” she states in the film’s press notes.

Based on Ryuzo Saki’s novel, Mibuncho (Inmate Files), Under the Open Sky eschews the subtlety of Koreeda for a sentimental approach, meandering at times, but the lead actor Koji Yakusho holds it together by becoming one with the character of the yakuza. It’s not just about the broad physicality and minute gestures but internalising the rage and frustrations festering within him. Yakusho brings a rare dignity, gravitas, humanity and innocence to the character of the gangster.

Like Aris, he makes the viewers invest emotionally in the life of Mikami. Both make us root for them because in their individual journeys lie the more universal human fears, despair, and dichotomies of the human condition.