'The White Tiger': A Clunky and All Too Literal Cinematic Version of a Satirical Novel

Some ingenuous touches cannot save the film from sinking into its own weightiness.

A still from 'The White Tiger'.

A great compliment to a great novel is marked by medium specificity: that it is ‘unfilmable’.

Such a book creates worlds and characters so unique that you accept them on their own terms. Yet reading a novel, any novel, turns us into default directors. We stage the scenes, place the cameras, light the actors. Adapting a book for screen is a mélange of tension: between the author and auteur, the reader and viewer, between imagining and observing.

Such conflicts mark and mar the adaptation of Aravind Adiga’s novel, The White Tiger, now a Netflix film. Centred on Balram Halwai (Adarsh Gourav), it follows a poor boy in a village in Bihar, who travels to Dhanbad and ends up in Delhi and Bangalore, becoming a shining model of new (capitalist) India: an entrepreneur.

One of the most remarkable things about Adiga’s book was its timing. Published in 2008, it pricked the self-mythologising and self-congratulatory lies of neo-liberal India — encouraged by its Western counterparts — that it had liberated itself from the confines of limited opportunities, becoming a country ruled by meritocracy, equality, and freedom. The story of Balram, told with acidic humour and discomfiting bite, depicted the difficulties of escaping the “rooster coop”, juxtaposing the lived reality with inflated declarations.

Ramin Bahrani’s film, like the Adiga novel, opens to Balram addressing the Chinese Premier, Wen Jiabao, who is coming to Bangalore to meet some Indian entrepreneurs. (In the book, he writes a letter; in the film, he writes an email.) This intimate device of a literary missive becomes an imposing voiceover — in English — that runs throughout the film. The settings and characters, especially at the start, lack authentic, arresting specificities. Balram’s polished voice sounds discordant over the visuals of an impoverished Bihar village. Relying on tired pastoral visuals — buffaloes, riverbanks, children running behind cars — the setting feels impersonal. The acting is substandard (especially by Balram’s grandmother who is called “Granny”!). The diction is clichéd: many Hindi words are suffixed with “va” reminiscent of bad Bollywood films ‘imagining’ Bihar.

The English dialogues constantly jar. Bahrani’s screenplay tries to justify that choice — Balram is semi-literate (“half-baked”); his boss, Ashok (Rajkummar Rao), and his wife Pinky (Priyanka Chopra Jonas) have recently moved from the US — but it still remains unconvincing.

A big test of any fictional piece comes at the beginning, where we’re compelled to ask, “Can I trust this storytelling?” This film provides scarce evidence. Even when Ashok’s family members — his father “The Stork” (Mahesh Manjrekar) and his brother “The Mongoose” (Vijay Maurya), corrupt coal barons from Dhanbad — are talking to each other in the comfort of their homes, they often slip into a kind of English that rings with distinct falsity. Testing the driver, for instance, becomes taking him “for a spin”. I grew up in Dhanbad, and my head spun at that line. When the family is bribing a local politician in their living room, the dialogues again glide in sophisticated English. Ashok, someone who grew up in Dhanbad and spent a few years abroad, speaks to Balram in English all the time.

Such unevenness is inherent to an English novel due to its very medium — and Adiga’s book, despite its majestic prose, did suffer from some aural inauthenticity — but I still gave it leeway, automatically doing the translation and imagination. But a film is an audio-visual experience that is supposed to overcome such limitations. Moreover, in a country like India, where dictions change across states (if not districts), making your characters speak flat dialogues reeks of disappointing ignorance.

Foreign filmmakers, or filmmakers who have become foreign, regularly indulge in such indifference. A Suitable Boy is another example. These dramas elicit a basic question: Who are they made for? Not the Indian audience for sure. These films then become an exercise in exotic interpretation as opposed to realistic depiction. Much like the isolated successes of a post-liberalised country where exception is considered the norm, exactly the kind of mindset The White Tiger seeks to bust. 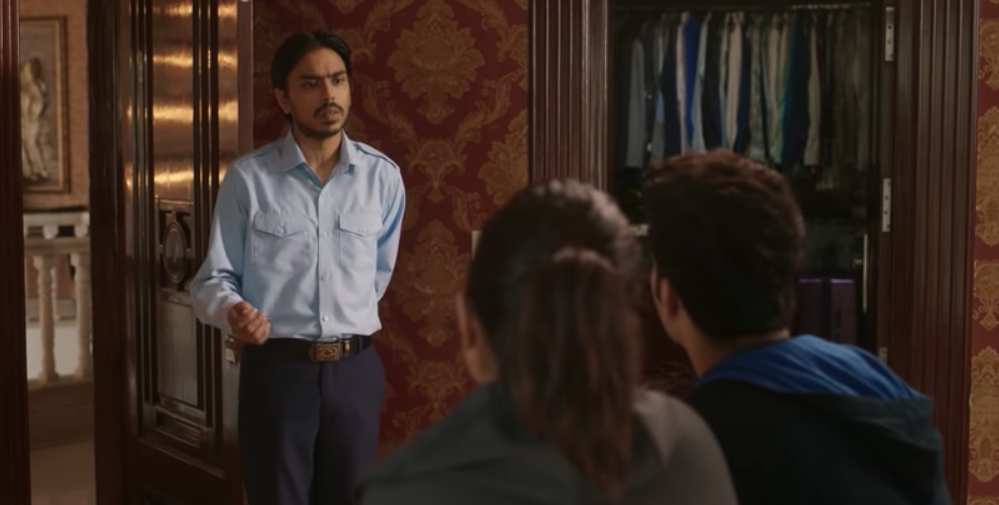 The main problem with the film is not that it deviates from the source material, but that it is faithful — too faithful — to it. A good adaptation takes the essence of a piece and creates its own language. The movie reveres the novel so much that it often struggles to look beyond it. It wants to cram the film with as many lines from the book as it can, resulting in some awkward scenes.

So, an imagined exchange between Balram and Ashok in the novel — “What is it, Balram?” “Just this, sir, I want to smash your skull open!” — becomes an actual conversation in the film. It makes little sense. A couplet from the book, running in Balram’s head, a peach of a line — “I was looking for the key for years, but the door was always open” — comes from Pinky here, on her way to the airport, as she leaves her husband forever.

Again, there’s no sense of context or character. You don’t get the sense that Bahrani has read the same book as you’ve. 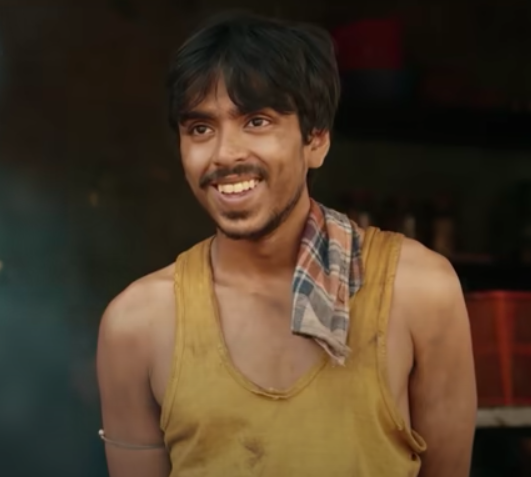 The first hour of the film, for these reasons alone, is a sprawling mess. But even amid the sloppiness, there’s some impressive attention to detail and good acting. At one point in the film, set in 2007, Pinky takes out her phone (it’s a Motorola Razr, a famous and expensive brand at the time). When Balram goes to a cybercafé in Dhanbad, golf-sized Logitech cameras sit on desktops (the kind of technology in vogue then).

Gourav, a promising actor who has done some impressive work in the recent past, acts with his voice and body. Unlike some other characters, his diction is pitch perfect. His r’s roll out as hard d’s (“are” becomes “ade”, year yead, their theid). His s’s become sh’s (“shtupid”), sh’s become s’s (“smas”). His teeth become whiter as his soul gets darker.

When we’re first introduced to Balram, his scenes materialise via quick cuts, depicting his agitated state of mind. Later, when he has a crushing realisation, the camera films him in a wide shot from a Gurgaon high-rise (Ashok’s flat): Balram looks like a small man in a big world, someone who can disappear, and no one would notice. Soon, we get a point of view shot of him looking at the buildings: the imposing structures look as if they’d fall over him.

In another critical scene, a ragamuffin lies on the road. Bahrani shoots her from enough distance in dim light so that she doesn’t resemble a person but a rag. Pinky then delivers a devastating kicker: “Is it alive?”

The movie comes into its own after the first hour, as Bahrani relies on sharp visual filmmaking. But that ingenuity is short lived, as the film slips into explaining, and explaining some more. In one scene, Balram ‘trolls’ Ashok and Pinky (and then tells us that he’s ‘trolling’ them). Incredible.

Then there are multiple shots where Balram imagines what’ll happen to his family if he betrays Ashok. This film literally doesn’t leave anything for imagination. Always imposing meanings on us, it never takes a break, even treating Balram with kid gloves — showing his ill-treatment scene after scene before he erupts — lest we misread his character.

This was a great opportunity to make a memorable statement about the country’s social inequities and misplaced confidence, unending unfairness and false assurances. A great chance to look at India from within, to understand how some narratives of success are not so much organic as manufactured — and how success itself can be a smokescreen. Because no matter how much a white tiger prowls and intimidates — no matter how much we admire his uniqueness — he can’t escape his destiny: that he is, and will always remain, an animal.