The Two Preoccupations of Kiarostami: Uncertainty and Misunderstanding

Kiarostami wanted to say that love is most free if the inclination to find out about the other person is taken out of the picture. There is nothing to understand in love. Love is what you don’t understand of each other. 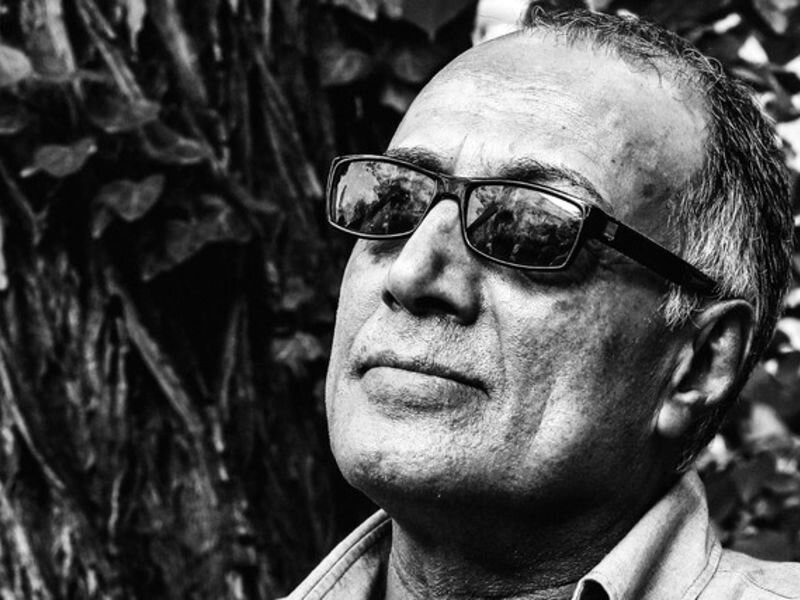 The Koker trilogy, of which Olive Trees is a part, is framed around an earthquake as well. The first film of the three, Where Is the Friend’s House? (1987), is set in a farming village in northern Iran before the earthquake, where a schoolboy is insistent on returning his classmate’s notebook. Kiarostami returns to the village in Life Goes On (1992) (also titled, Life, and Nothing More…), where a filmmaker and his young son visit after the earthquake in search of the actors who took part in the previous film. In an episode in the film, Kiarostami meets a young married couple who got married the day after the quake. They become the subject of the last film in the trilogy, Through the Olive Trees.

Iran is in a high seismic zone. The earthquakes have left their mark on the lives of villagers. In Life Goes On, Kiarostami fleetingly passes through scenes of death and mourning, but doesn’t pause on them. He will not milk tragedy and sentimentalism for cinema. He is more curious about the consequences of suffering, on how people who survive calamities, live.

“I don’t want to arouse the viewer emotionally or give him advice. I don’t like to belittle him or burden him with a sense of guilt”, Kiarostami said in an interview. He does not believe in or himself makes films that “take you hostage”, he said in the same interview. He prefers “films that put their audience to sleep”. Those who watch films to be willingly taken hostage will probably stay away from Kiarostami’s films. Kiarostami is the master of digression. His cinema is digression.  It breaks the logical stranglehold of plot and takes you to places at a strange pace where you lose the distinction between real and cinematic time.

Death in Kiarostami’s films has an unsentimental presence. It is not shrouded in metaphysics. Death is a fact, and a palpably silent presence. In Life Goes On, the characters who have witnessed the death of their family and neighbours in the earthquake, speak about it with a grief that has translated into everything they do, from household chores to conversations with a stranger. It is perhaps the uncertainty of death that brings certainty to life. The poor villagers in Kiarostami’s films live with the double certainty of death and poverty with resilience.

But there are characters like Hossein who look for something more to deal with the uncertainty of death and the certainty of poverty: love. In Life Goes On we fleetingly meet Hossein and his newly wedded wife in flash forward. That moment intrigues Kiarostami enough to make Through the Olive Trees, where Hossein desperately woos Tahereh while playing a couple in the film within the film. Olive Trees shows us the process of Kiarostami’s style of filmmaking where realism is more real than reality. The task of cinema in Kiarostami is to delve underneath what we call reality and find its beating heart.

In Olive Trees, Hossein and Tahereh, future husband and wife, enact an improvised version of their difficult romance before the camera. Hossein proposed to Tahereh’s mother for her daughter’s hand in marriage. The mother refused. That very night, Tahereh’s parents died in the earthquake that struck Koker. The moment of mourning did not deter Hossein from taking his wish to Tahereh’s grandmother. She too refused, saying: “You have no house, you’re illiterate.” When Hossein narrated the failed story of his proposal to the man who is directing the film within the film, he said the earthquake that took away Tahereh’s parents were “the sighing of my heart”.  By making that statement, Hossein draws a seismic connection between the land and the heart. The tremor of his heart is not blind to tragedy. It is not indifferent to the suffering of others in mourning that leads Hossein to persist in his asking for Tahereh’s hand. Hossein is mourning for his love. It has already caused an earthquake in the village. He beats with the heart of his landscape that is also reeling under death and poverty.

A lover whose gaze is fixed towards life and a future with Tahereh, Hossein tells the director, “It takes time to build a house”: words of resilience from a man who survived an earthquake.

I am reminded of the old doctor in The Wind Will Carry Us (1999), dropping off the duplicitous engineer, Behzad Dourani, to the chemist for buying his prescribed medicines for a dying old woman. Death, the doctor says, is closing your eyes “on this world, this beauty, the wonders of nature and the generosity of god.” But he did not believe in heaven or its beauty. He quoted from a poem, “That the juice of the vine is better. Prefer the present to these fine promises.”

If the landscape of the countryside in Kiarostami echoes beauty, in the city it is desolation. In both cases, time moves back and forth. Nothing happens in his films in terms of conventional modes of a plot that is supposed to “progress”.

In The Wind Will Carry Us, Dourani runs up the balcony and drives to a spot above the village umpteen times for his mobile to receive network signal. The movement conveys a manic state of mind. Dourani is the clever and go-getting city dweller who realises his limits in the village. He flirts with the digger Youssef’s fiancée, Zeynab, who milks the cow for him in the cellar lit by a hurricane lamp, by quoting Forough Farrokhzad’s sombre love poem, ‘The Wind Will Carry Us’. But poetry in Iran is in the curriculum. Poetry is part of literacy. Dourani finds out to his surprise, even schoolchildren at the village are aware of lines from famous poems.

In Taste of Cherry (1997), Badii keeps circling around Tehran in his car, looking for a man who will help bury him after suicide. Here, instead of lush fields, we have construction sites that add to the state of morbidity and despair of the central protagonist. Time, the arguments on death, and the efforts of Badii to find a man who could do the job revolve like a compass without directions.

The element of uncertainty in Kiarostami is not a matter of plot but an ordeal designed by fate. Kiarostami had spoken about his discomfort with the demand of storytelling. He said in an interview that he admired Jean-Luc Godard for taking risks, particularly for “getting rid of storytelling in his late films.” Kiarostami was also intending to get closer to “video art” like Godard. He achieved the most experimental form of video-art in cinema in his last film, 24 Frames (2017), which can be described as photography-in-motion, a fusion of photography and cinema. Kiarostami felt both Godard and himself were involved in something “anti-cinematographic” – by gradually freezing the action, and breaking story into vignettes.

To come back to the earthquakes, since they became part of at least two of Kiarostami’s films and kept rocking his country throughout his cinematic career, it is impossible that it did not weigh as a secret element in his cinematic sensibility. Just as there have been writers and artists who have lived through plagues, prison-sentences and other hazards, Kiarostami lived through tremors that caused devastations and made survivors hungry for life and love. Kafka’s idea of (and attitude to) fate was in many ways related to his employment at the Workers’ Accident Insurance Institute in Prague for 14 years, as Howard Caygill has suggested. It will be interesting to read Kiarostami’s work – at least some of it – in the light of the earthquakes.

Love, as Hossein articulated in Olive Trees, was comparable to the hazards of a natural tremor. Kiarostami, however, calls love a misunderstanding. In love, he said, “(we) go in search of misunderstanding.  When we are in agreement, when we truly understand one another, that’s when love comes to an end.” Perhaps that is why in Certified Copy (2010), a French expatriate antique-shop owner and an author on a book tour go for a date in the course of an afternoon by mysteriously pretending being a long-married couple. Why did they want to be what they were not? Perhaps in keeping with his idea of love, Kiarostami wanted to say that love is most free if the inclination to find out about the other person is taken out of the picture. There is nothing to understand in love. Love is what you don’t understand of each other.

In Life Goes On, Tahereh found out after marriage that Hossein did not mean what he told her earlier during the shooting about taking care of his own socks and clothes. Hossein lied, trying to be himself. The lovers in Certified Copy did not have to lie because they were being other people. They escaped the trap – the lies – of truth-telling.  This game of faking the truth, of misleading someone, is however not bereft of beauty and genuine intensity. Hossein running through the olive trees in his mad hope to extract a yes from Tahereh, reduced to a speck in the vast sea of green, is a moment of passionate insignificance that is worth living and dying for.