The Elephant Boy From Mysore who Became an International Superstar

Born 91 years ago on this day, Sabu became a staple in films set in the British empire 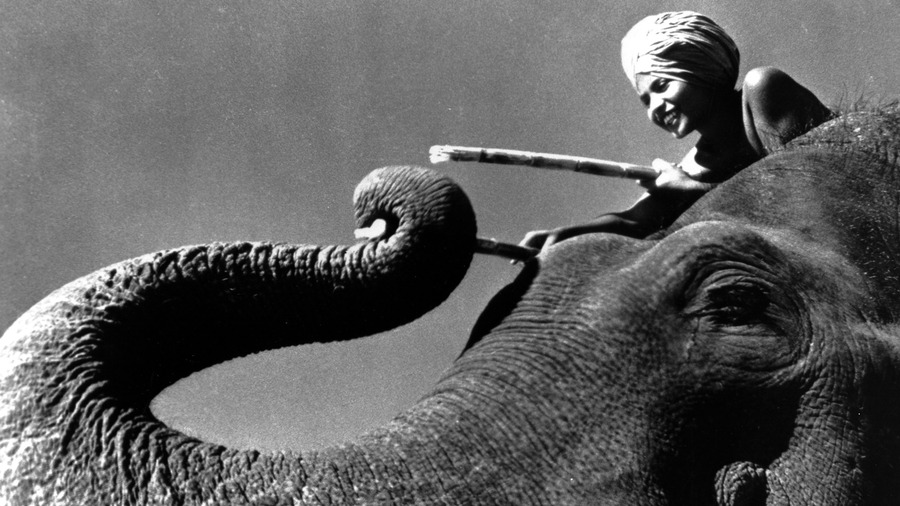 A still from Sabu's first film, The Elephant Boy

Sabu was the first Indian film star on the international stage. Often called Sabu Dastagir, it seems his real name was Selar Sheikh Sabu. Orphaned at seven, he followed in his father’s footsteps as a mahout in the stables of the Raja of Mysore, from where he was recruited for the Korda brothers’ first empire film, Elephant Boy, released in 1937, when he was barely 13.

The Kordas brought Sabu to England in the same year, and he stayed there to shoot his sequences in their next empire film, The Drum, which were filmed in Wales.  He then went to the USA to publicise the film and stayed there for the shooting of Thief of Bagdad.  His last film with the Kordas was The Jungle Book, after which he signed up to Universal Studios. Sabu became American in 1944 and joined the US Army Air Force where he flew on combat missions for which he was honoured. Sabu later returned to Universal to make Tangier before going to England to make  Black Narcissus, and End of the river before coming back to Universal for Man-eater of Kumaon.  He then worked with Columbia on Song of India, but died in 1963, aged 39. Curiously, he never worked an Indian film, though Mehboob Khan had considered him for the role of Birju, the younger son, in Mother India that eventually went to Sunil Dutt.

Sabu’s casting in Elephant Boy seems natural for a young, handsome and charming mahout who quickly acquired good spoken English. The film itself had a stranger history. Robert Flaherty, director of films such Nanook of the North (1922), had made Moana (1926), the first film to be described as ‘documentary’. He went to shoot for Alexander Korda’s company in Mysore, where he filmed spectacles such as a keddah in which they trapped 80 elephants – which they later released – and the famous elephant and baby scene which he just shot as it unfolded in front of his camera. However, Alexander Korda wanted music and costume that had to hang together in a narrative, and eventually selected Kipling’s Toomai of the Elephants, the story of a magnificent tusker who had fought in Empire wars in Africa and who represented the orphaned child’s only ‘relative’ and all his social status and wealth. This became Elephant Boy.

Zoltan Korda took over much of the narrative filming, mostly in London with elephants borrowed from circuses and zoos. Sabu must have been frozen in the British climate, as he was always bare-chested with a turban and dhoti. This became the look for ‘Oriental’ films and cartoons such as Aladdin as well as making him the focus of much homoeroticism. The film won O’Flaherty and Korda the award for best directors at the Venice Film Festival of 1937, where they were also nominated for the Mussolini cup. This is the year that Prabhat’s Sant Tukaram received a special recommendation and it would be fascinating to know if critics or audiences compared the two movies set in India.

Sabu became a great star in the empire films of his time where there were roles for Indian boys and young men. These are not the “Empire Films” that were made under government rules as a quota for screening throughout the empire, but were films set in the British empire. While the Germans, who did not have an eastern empire, were making Orientalist films, the most successful films about Empire were mostly made in the USA—those set in India included Lives of a Bengal Lancer (1935), Charge of the Light Brigade (1936), Wee willie winkie (1937), Storm over Bengal (1938) Sun Never Sets (1939) and Gunga Din (1939).

The British empire films set in the colonies were made mostly by migrant Hungarian Jews, including Michael Balcon, Emeric Pressburger and the three Korda brothers, whose claim to Britishness would have been contested in 1930s Britain. Alexander Korda, who married an Anglo-Indian, the actress Merle Oberon, was the first person from the film industry to be knighted, only eleven years after arriving in the UK. He was a close friend of Winston Churchill, who was associated with some of the Korda scripts.

Sabu’s other films for the Kordas were The Drum (1938), Thief of Bagdad, (1940) and The Jungle Book, (1942). The Drum was one of the most controversial films in India, with anger over the depiction of Indians leading to riots in Bombay that brought the city to a standstill. Gunga Din (1939), based on Rudyard Kipling’s poem, was banned in India before release. A film planned on the 1857 uprisings (The Relief of Lucknow) was banned by the BBFC before it was made.

The story of The Drum concerned the friendship between an Indian prince (Sabu) and a British lower class drummerboy. It was the Kordas’ first colour film, which the team worked on straight after shooting the coronation of King George VI. It was said then that none of it was filmed in India but it now seems that they shot certain scenes, using Alexander’s connections in order to secure the help of the British military in India while the author’s family connections with the throne of Mehtar in 1895 ensured royal assistance. The rest was shot in Denham Studios and on location in Wales, the latter becoming a regular substitute for North West Frontier Province.

During the war, the Kordas temporarily moved to Hollywood where, although uncredited, they made the Thief of Bagdad, with Sabu taking the role of the thief in this remake of the version with Douglas Fairbanks Jr, which had been one of the biggest hit films ever in India. Four of the Jungle Book stories, about Mowgli’s return to human settlement were also made. (By this time Sabu was a big star in Hollywood, and soon acquired the accoutrements, including the mansion, the cars and the women.)

These empire films not well received at the time, being dismissed even in The Times, whose review on the reissue of the Kordas’ Four feathers said “This film, with its glib Imperialism and it juvenile attitude to war, although it was made only a few years ago, seems to belong to another age.” As Hannah Arendt wrote in The Burden of Time (1951) about boyhood and the imperial character: “Imperialism to them was nothing but an accidental opportunity to escape a society in which a man had to forget his youth if he wanted to grow up”, portraying “boyhood noblesse which preserved and infantalised Western moral standards”.

Black Narcissus, based on Rumer Godden’s novel about a psychological tensions in a convent in an isolated Himayalan valley, was made as one of the last empire films in 1947, with its shift in genre and content, gender, age and so on. Sabu here plays a prince although the focus is very much on the convent. However, it is probably the most watched of Sabu’s films today.

Sabu has been much written about in academic studies from articles to books. While there are clear issues with imperialism, orientalism and sexism in watching many of these films today, they can be viewed as products of their time and one can marvel at the Indian mahout who became the first international Indian star.

Rachel Dwyer is Professor of Indian Cultures and Cinema, SOAS, University of London