The accelerator is a convenient insertion into a bland story, a wilful negligence of the opportunities that physics of this complexity offers. 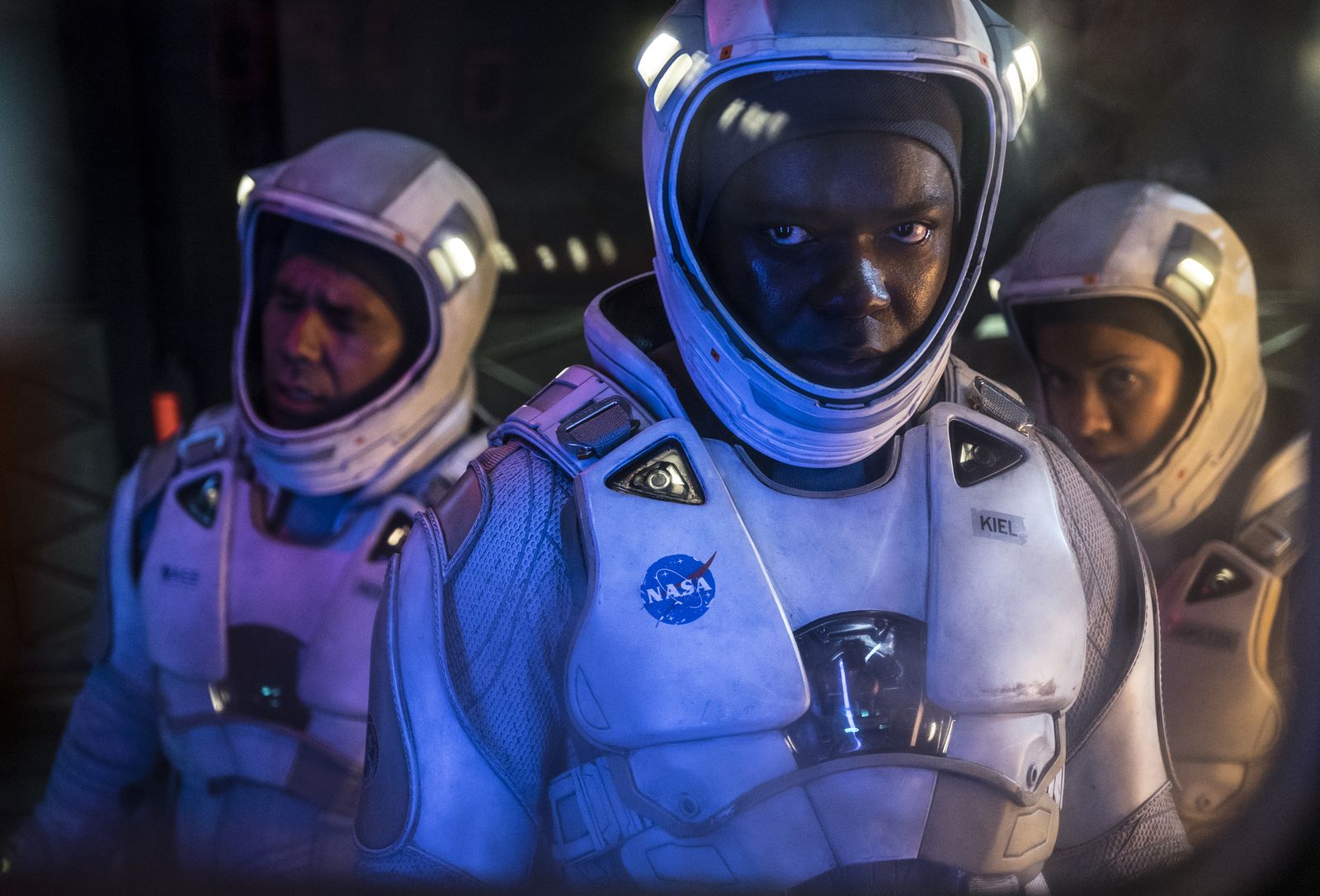 A screengrab from the film 'The Cloverfield Paradox' (2018). Source: Netflix

The Cloverfield Paradox is a horror film that its original producer, Paramount Pictures, palmed off to Netflix. Netflix in turn released it quietly on February 4. The film is the third in the loose Cloverfield trilogy, which is centred on a monster out of this world and the human discovery of it.

It’s a dumb production overall. According to its story, Earth has run out of energy sources in 2028 and countries are threatening ground invasions for the last of the oil, so scientists assemble a giant particle accelerator in space to tap into energy sources in other dimensions. Considering 2028 is only a decade from now – when the Sun will still be shining bright as ever in the sky – and renewable sources of energy aren’t even being discussed, the movie segues from sci-fi to fantasy right there.

Unlike successful horror films, which explore the more existential, visceral threats inherent to the human condition (Alien being a notable example that’s also sci-fi), The Cloverfield Paradox is all about things going bump in the dark.

While some might call its choice of antagonist brave, others will justifiably dismiss it as purposeless. There is zero character development. At any given point in the film, no one is responding to any greater fear than what could be jumping out at them from behind a door. Some of their deaths are the inescapable gore-fests common to the genre, and that’s about it. It might as well have been a low-budget indie overlaid on the blueprints of a space station. Some other movies that handled what The Cloverfield Paradox aspired to but in more empathetic fashion include Prometheus (2012), Gravity (2013), Arrival (2016) and Godzilla: Planet of the Monsters (2017), another Netflix release.

In fact, The Cloverfield Paradox could learn a thing or two from the grandmaster of “journeys into the unknown”, the 50th anniversary of whose release falls on April 2 this year – 2001: A Space Odyssey. Both films have one thing in common: the use of an object or entity that most of us understand very little about and which serves as a gateway through which humankind interacts with the unknown. In 2001, it’s the black, rectangular object of alien origin; in Cloverfield, it’s a very-high-energy particle accelerator. However, the screenwriter seems to have used this object simply as a plot device, nothing else, which makes the film seem more stupid than bad. Cloverfield manages as a result to squander a golden opportunity to evade a major trope and instead dives right into it.

This idea isn’t new nor entirely silly. Broadly, an accelerator’s purpose is founded on three concepts: the special theory of relativity (SR), particle decay and the wavefunction of quantum mechanics.

According to SR, objects moving closer to the speed of light will become more energetic. Particle decay is what happens when a heavier subatomic particle decomposes into a few lighter particles because it’s unstable. Put these two ideas together and you have a part of the answer: accelerators accelerate particles to extremely high velocities, the particles become more energetic, more unstable, and the excess energy condenses out at some point as other particles.

As a physicist friend of mine said, “If you want to understand how a wrist-watch works, one way to do it is to smash two of them together and look at the debris. Then you try and reconstruct the watch based on what debris you find.” This is how the Large Hadron Collider (LHC) helped discover the Higgs boson in 2012, for example.

Next, in quantum mechanics, the wavefunction is a mathematical object that contains within it information about the chances that a particle is found in different kinds of states: in a particular room, with its spin pointing east, etc. It’s called a wavefunction because the function describes a wave, and like all waves, this one also has a wavelength and an amplitude. However, the wavelength in this context describes the distance across which the particle will manifest. Because energy is directly proportional to frequency and frequency is inversely proportional to the wavelength, energy is inversely proportional to wavelength. So the more the energy a particle accelerator achieves, the smaller the part of spacetime the particles will have a chance of probing.

SR, particle decay and the properties of the wavefunction together imply that if the Shepard is able to achieve a suitably high energy of acceleration, it will be able to touch upon an exceedingly small part of spacetime. But why, as it happens in The Cloverfield Paradox, would this open a window into another universe?

Instead of directly offering a peek into alternate universes, a very-high-energy particle accelerator could offer a peek into higher dimensions. According to some theories of physics, there are many higher dimensions even though humankind may have access only to four (three of space and one of time). The reason they should even exist is to be able to solve some conundrums that have evaded explanation.

Where are these dimensions? Per string theory, for example, they are extremely compactified, i.e. accessible only over incredibly short distances, because they are thought to be curled up on themselves. According to Oskar Klein (one of the progenitors of Kaluza-Klein theory, a major precursor to string theory), one such region of space could be a circle of radius 10-32 m. That’s over a quadrillion times smaller than a proton. According to CERN, which hosts the LHC, a particle accelerated to 10 TeV can probe a distance of 10-19 m. That’s still one trillion times larger than where the Kaluza-Klein fifth dimension is supposed to be curled up. The LHC has been able to accelerate particles to 8 TeV.

The likelihood of a particle accelerator tossing us into an alternate universe entirely is a different kind of problem. For one, we have no clue where the connections between alternate universes are nor how they can be accessed. In Nolan’s Interstellar (2014), a wormhole is discovered by the protagonist to exist inside a blackhole – a hypothesis we currently don’t have any way of verifying. Moreover, though the LHC is supposed to be able to create microscopic blackholes, they have a 0% chance of growing to possess the size or potential of Interstellar‘s Gargantua.

In all, The Cloverfield Paradox is a waste of time. In the 2016 film Spectral – also released by Netflix – the science is overwrought, stretched beyond its possibilities, but still stays close to the basic principles. For example, the antagonists in Spectral are creatures made entirely as Bose-Einstein condensates. How this was even achieved boggles the mind, but the creatures have many of the physical properties that the condensates do. However, in The Cloverfield Paradox, the accelerator is a convenient insertion into a bland story, a wilful negligence of the opportunities that physics of this complexity offers. Even Star Trek: Discovery, which unfortunately has been nothing like the Star Trek of old, does more with its mycelial network and spore drive. Cloverfield‘s writers might as well have said all its characters blinked and found themselves in a different universe.