‘The Billion Dollar Code’: A David vs Goliath Battle That Shows the Tech World’s Evil Side

Two young entrepreneurs take on Google for stealing their idea for software that will map the entire world. 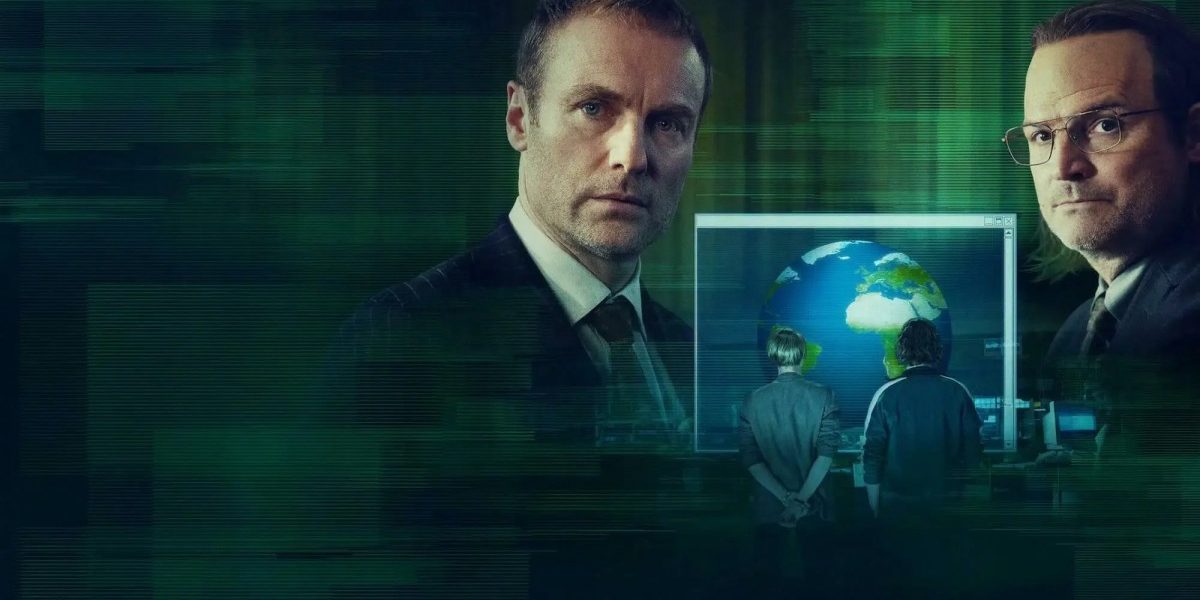 A poster for 'The Billion Dollar Code'. Photo: Netflix

In the history of the American tech world, one story has recurred over the last several decades. Its beats are so familiar that they can be divided into three neat parts. First: dazzling inventions, young inventors, world-changing possibilities. Second: the admiration and celebration of those products, and the deification of their creators, making them household names and cultural icons. Final: the revelations that such accolades may not be completely deserving, as those ideas were not original, and of course the social costs of some of these platforms. Such ‘digital orphans’ are part of our lives: Facebook, Snapchat, iPod – and many more, featuring the two biggest names in Silicon Valley.

When Steve Jobs accused Bill Gates of stealing Apple’s idea to create Windows in the early 80s, the Microsoft founder reportedly replied, “Well, Steve, I think there’s more than one way of looking at it. It’s more like we both had this rich neighbour named Xerox, and I broke into his house to steal the TV set and found out that you had already stolen it.” A new German Netflix miniseries, The Billion Dollar Code, adds a new chapter to the sullied legacy of tech titans: the controversial creation of Google Earth.

It’s a story with familiar origins: two young men, a captivating idea, an uphill climb. But the setting, breaking the norm, is Berlin. The period? The early 90s. And their invention – Terravision, a virtual representation of Earth via “satellite images, aerial shots, architectural and altitude data” – sits at the intersection of art and technology. Their company, ART+COM, intends to collapse the world on a computer screen – a world without borders; a world that doesn’t discriminate, divide or intimidate.

The Billion Dollar Code, which is showing on Netflix, is based on true events, it fictionalises scenes, including the names of two founders – Carsten Schlüter, a designer; Juri Müller, the main programmer – and their eventual nemesis, Brian Anderson, who steals their idea and sells it to Google.

A two-pronged narrative propels the four-part series: Carsten and Juri preparing for the trial with their lawyers, set in the early 2010s, is the first, while the other depicts their younger days, of them creating Terravision. It’s the second part that is far more compelling because it tells a version seldom captured in popular culture: the roadblocks for German tech entrepreneurs after the fall of the Berlin Wall. If the American West Coast was sprinting with ideas in the nascent Internet age, then Germany had still not woken up. Here’s a contrast (not mentioned in the miniseries but critical to understand the chasm between the two worlds): In the early 90s, when ART+COM’s young inventors were struggling to find investors, the Apple engineers, backed by massive machinery, were working on a personal digital assistant, Newton, that would help create the iPhone a decade later.

The ART+COM team finds crucial support in the state-owned Deutsche Telekom, which takes a huge risk in backing the project, as the technology for Terravision doesn’t even exist. But the funding is substantial, and the deadline is nearing. the employees spend sleepless nights in the office; tempers flare; windowpanes shatter. (This again is not too different from the lead up to the launch of Apple Newton, inducing depression, divorce, even suicide.) These portions make for arresting, at times moving, drama, appealing to anyone who has ever nurtured a dream of creating something.

It is also elevated by a crucial motif: striving and competing in the shadows of American capitalism. We hear, more than once, about Steve Jobs’ “reality distortion field” (Carsten uses it to ‘con’ the Deutsche Telekom chief to extend the deadline). When he finds some initial success, he models himself on Jobs, repeatedly saying that he wants to create a “Silicon Valley in Germany”. So, it’s fitting that The Billion Dollar Code turns on its head when Carsten and Juri travel to their dream destination, Silicon Valley, and meet their longtime hero, the ace coder Brian Anderson. A miniseries like The Billion Dollar code – marked by frequent technical jargon – could easily have been esoteric. But director Robert Thalheim and writer Oliver Ziegenbalg make this story personal – and they do it through Juri, a socially awkward tech whiz, who could never live up to his parents’ expectations. Living in his own world as a boy in Hungary, Juri never got the love, or the attention, a child deserves. Growing up, he found solace in ART+COM’s colleagues, people who gave him something that his parents didn’t, respect and recognition. Juri is so starved for basic dignity that, in a night of drunken haze, he ends up revealing Terravision’s algorithm to Brian. When Carsten asks the reason, Juri can only come up with, “He understood me. Because he’s like me.”

Tucked amid all this is a sweet story of an unlikely bond: between Carsten – a smooth talker, a sincere charmer, the company’s face – and Juri, ART+COM’s mind, a programmer so sharp that his algorithms (literally) fly around the world. It’s also a relationship that has experienced stunning highs and crushing lows: the Google patent infringement didn’t just break their trust; it also broke their friendship. Thalheim uses different actors to play the protagonists’ younger and older selves – a choice that may seem odd at first: why not use sophisticated prosthetics instead? But it works, both because the four actors are credible and precise and because Juri and Carsten have become two different people over two tumultuous decades.

The other part of the series, centred on the trial preparation, is central to the story, too. It is initially filled with unavoidable exposition but relaxes into a pleasant rhythm later that reveals the motivations of lawyers and the nerve-busting pressure of courtroom interrogations. During one such rehearsal, where Juri is questioned about his past – revolving around his hyperventilation syndrome and the fact that he belonged to a computer club that hacked the Pentagon – he loses his cool and storms out of the room. The series’ last episode, unfolding the real courtroom drama, adopts more inventive telling, spotlighting the true nature of legal tussles. Here, both Carsten and Juri meet a behaviour coach, who trains them on body language, speech patterns, and other non-verbal cues. Juri remains the focus, with his troubled history and mental health – a superb segue that allows the makers to make a larger point – that childhood demons can sneak up on you at any time, even when you’re an adult, especially when you’re an adult.

The Billion Dollar Code is a remarkably pertinent piece because, over the last several years, Big Tech’s fangs have only become bigger and scarier. The ‘garage nerds’ of yesterday have become the robber barons of today, meddling in elections, dehumanising workers, selling our data, imprisoning us in a world that seems to offer no respite or escape. The makers are aware of this; they (rightfully) mock Google’s motto, “don’t be evil”, multiple times. The miniseries also reveals that Google has had a long pattern of patent infringements. The Billion Dollar Code, then, not just bats for ART+COM but numerous small firms that never got their due, that got so comprehensively swallowed by the tech behemoth that there is no evidence of their bare bones.

This isn’t a series about who wins at the end – although that’s not tough to guess – but what does victory even mean in a depraved world? Maybe it’s not about the climactic rousing applause or a settlement so huge that the number of zeroes in it can disorient any sane mind or putting Goliath in its place. Maybe the true victory lies in the fight itself, in valuing something beyond the ambit of Big Tech giants: a beating romantic heart that knows it’s done the right thing.