Asked why he had referred to Vijay's rarely used Christian name in his tweet, BJP leader H. Raja said the Tamil actor was a practicing Christian, which was reflected in his “hate campaign”. 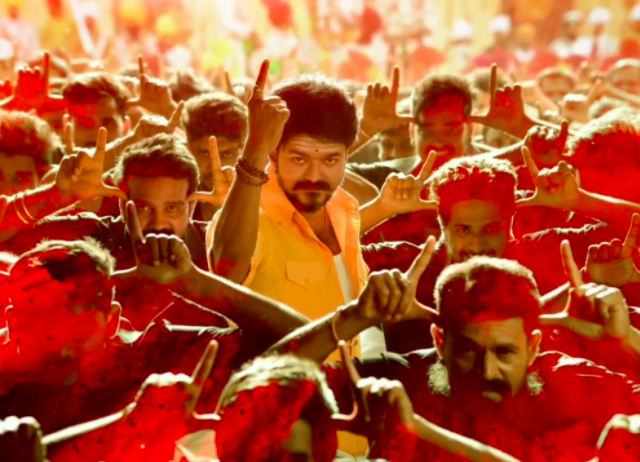 New Delhi: Fifteen years ago, Narendra Modi made it a point to spell out the full Christian name of the then chief election commissioner – James Michael Lyngdoh – while attacking him in order to tell his Hindu supporters that the Khasi official was not one of them. And on Saturday, the Bharatiya Janata Party took aim at Vijay, superstar of the Tamil film industry, denouncing “Joseph Vijay’s hate campaign against Modi” for his criticism of the chaotic Goods and Services Tax (GST) rollout.

While BJP’s Tamil Nadu chief Tamilisai Soundararajan demanded the removal of scenes from the film Mersal “that convey wrong impression” about GST and Modi’s digital India scheme, party spokesperson H. Raja, who is also a national secretary of the party, took to Twitter to air his allegations that the film was a Christian plot.

Apart from highlighting Vijay’s full name, the BJP leader told the Indian Express that while everyone has the right to “criticise the BJP government on any medium,” the critique should be “based on facts.” Raja further said that he was attempting to “confirm” whether Hema Rukmani of Thenandal Studios Ltd – who is the film’s producer – “may also be a Christian”.

This odd quest raised anger among the media and cultural fraternity in the Tamil Nadu with Dhivya Dhashini saying it was hard to understand the priority of a leader who was busy trying confirm whether someone is a Christian when children in the state were dying of dengue:

So many Kids r dying out of dengue in TN n a leader is trying to confirm whtr @Hemarukmani1 is a Christian.. enaku onume puriyela

On their part, the makers of Mersal have noted that the film has been approved by the Central Board of Film Certification and the “matter ends there”. The CPI(M) has described the BJP’s criticism as an “attack on freedom of expression”.

The film has been running to packed theatres in the state since its Diwali release on October 18. Produced by Thenandal Studios Limited, the film that has also been dubbed into Telugu, NDTV reported.

Among the contentious scenes of the film is one where the comic actor Vadivelu opens his wallet to show a thief in Singapore and thanks “Digital India” for it being empty.

According to NDTV, in another scene, Vijay’s character laments the Indian government’s inability to provide free healthcare for all despite “high” GST rates of 28%, further adding that Singapore was able to do so despite a much lower GST rate of 7%.

”I asked many of my friends in Singapore about Vijay’s claims in the movie. They all said that there is a medical premium imposed on people, and that medical treatment is not free,” Raja told Indian Express. “Also, getting medical facilities is very difficult for Singapore’s people. So, it is a lie that they are trying to spread through the movie.”

Claiming that the Tamil film was “giving twisted facts about GST and Singapore,” BJP spokesperson Narayanan said “We can’t allow lies being told.”

“What do they [the filmmakers] know about GST and its economics… such incorrect references should be removed from the film,” BJP state unit president Tamilisai Sounderrajan said.

The lead actor’s dialogues include a suggestion that the country needs to build more hospitals rather than temples. He also makes a mention of deaths of children in government hospitals due to the lack of oxygen cylinders – being seen as a reference to the deaths of children and infants in Gorakhpur’s BRD hospital over the past few months for which the ruling BJP government has come under attack.

When asked why Raja had referred to Vijay’s rarely used Christian name in his tweet, the BJP leader told Indian Express that the Tamil actor was a practicing Christian, which was reflected in his “hate campaign”.

“Vijay dared to say that we should build hospitals instead of temples, will he say the same about churches, too? Why are only temples being referred to? In the last 20 years, some 17,500 churches and some 9,700 mosques were built in Tamil Nadu compared to just 370 temples built during the same period,” he said.

Another senior BJP leader L. Ganeshan said that “it has become a style these days to criticise and attack the Centre.”

While BJP leaders were quick to demand the removal of the contentious scenes and dialogues, actor Kamal Haasan on October 20 threw his weight behind the makers the film, asking those opposing it to “counter criticism with logical response”.

Pa. Ranjith, the director of Rajinikanth-starrer Kabali, also came to the defence of makers of the film, questioning the BJP’s logic of demanding the cuts. “When all those controversial dialogues are being accepted in the theatre with huge applause, it means the movie has succeeded in voicing the sentiments of the people. Why should they be removed?” he demanded.

Taking a dig at the Centre, former finance minister P. Chidambaram said on Twitter that soon the government will issue a law making it mandatory to only make documentaries that praise the government’s policies.

Notice to film makers: Law is coming, you can only make documentaries praising government's policies.

Mr. Modi, Cinema is a deep expression of Tamil culture and language. Don't try to demon-etise Tamil pride by interfering in Mersal

Incidentally, neither Rahul Gandhi nor Chidambaram rallied to the defence of movie makers in the south when films like DAM 999 and Vishwaroopam were banned by the Tamil Nadu government during the time Manmohan Singh was prime minister.

Despite the backing of artists and opposition politicians, sources told Indian Express that threats like income tax raids might result in the removal of the controversial scenes. “Such events will derail the entire movie industry and many ongoing projects. We do not want anything to affect the industry.”

Update: In the face of the BJP’s pressure, Mersal‘s producer Hema Rukmani issued a statement on Saturday offering to delete any scene the party found objectionable:

“If the movie has hurt the feelings of anyone, I consider it my personal heartache and apologise. We met with the representatives of the Bharatiya Janata Party in person and explained our stand. Thamilisai Soundarrajan and many others appreciated our direct approach. According to their point of view, their protest is valid. We are willing to remove scenes or messages that may be seen as misleading or which might create misunderstanding. “

Thx to everyone who stood by us. Thx govt.Thx BJP friends.We are willing to change anything if required. But thx again! #PeaceBro #TSL100