Barely three months before IFFI, the new I&B ministry has dismantled the film preview and steering committees, casting a shadow over the festival. 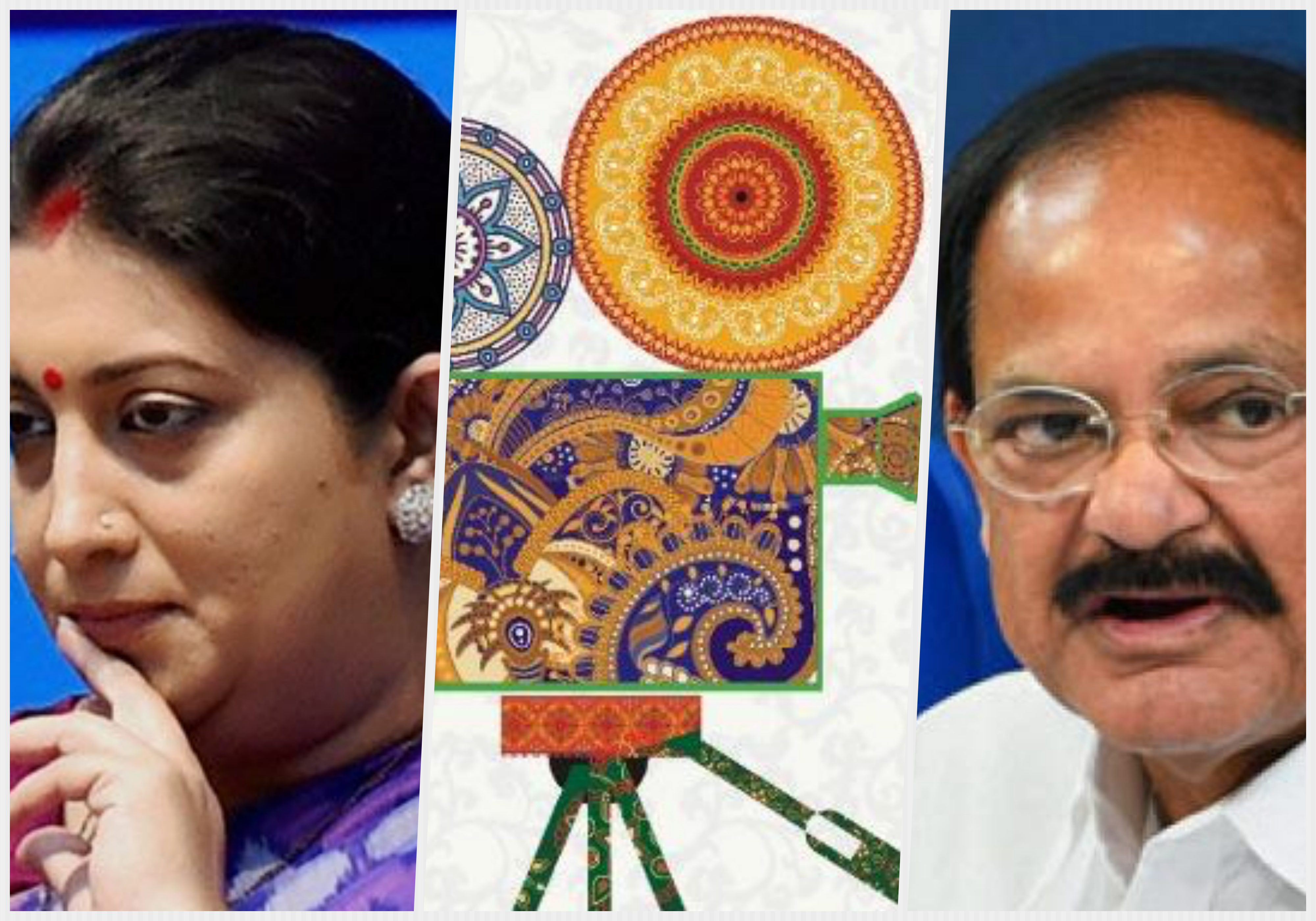 New Delhi: The International Film Festival of India (IFFI) is barely three months away and the preview committee has already seen more than 150 of the several hundred entries submitted by directors from around the world in order to finalise the list of movies that will be screened at the festival in Goa. However, the entire process now stands jeopardised because the newly appointed information and broadcasting minister Smriti Irani has decided to dissolve the 21-member committee appointed by her predecessor, Venkaiah Naidu, and nominate new members in their place.

The minister’s sudden – and unprecedented – action has cast a shadow over the prestigious annual event, which is slated for November 20-28, 2017.

A member of the preview committee, who asked not to be identified, told The Wire, “The preview committee has already seen about 150 films. No one knows whether the grading given to those films will remain or they will have to be seen again by the new members. The committee is mandated to see all the entries within a certain time period. Because international filmmakers would soon begin asking for confirmations as 450 film festivals take place across the world and no filmmaker likes to wait till the end to know whether his or her film has been selected for IFFI. Nobody wants to miss out on some other festival, if IFFI isn’t interested. It is also not fair. So if delay happens in finalising the list, I wonder how many international filmmakers of repute would come to screen their films at IFFI and not opt for some other festival.”

The preview committee appointed by Naidu, who is now the vice president of India, includes Rekha Gupta, a prominent BJP member from Delhi, associated with the RSS’s cultural wing Sanskar Bharati and also a former member of the Central Board of Film Certification (CBFC). Another member linked to Sanskar Bharti is Praveen Arya. Both of these members, as well as 18 others, have been removed from the committee by Irani.

Well-placed sources at the I&B ministry say that Irani, who was given additional charge of the ministry on July 19 following Naidu’s resignation on July 18 to contest the vice presidential polls, not only sought “replacement” of the members of the preview committee with those “of her choice” but has also sought a change of the members of the steering committee (technical), headed by well-known cinematographer-screenwriter-director A.K. Bir.

Since the technical committee oversees all the details related to the actual screening and conduct of the films at the IFFI, a senior official at the ministry told The Wire, “This is crucial to ensure smooth conduct of all the eight days of the festival. We are not experts but only facilitators, the committee advises us on every detail. Hope we are able to quickly put together a new committee as it has led to a lot of uncertainty as this year’s fest begins on November 20.”

The 21-member preview committee, which has already completed reviewed over 150 films in the first phase of the preview process that began end July, was to regroup on August 17 for further grading of films. The sources said, “Following the sudden decision of the minister, emails were sent out to the members on August 11 stating that the second screening schedule of the committee has been postponed. Without giving any reason, the email, sent by IFFI deputy director Prashant Kumar, said, ‘Further intimation will be sent to all the committee members shortly.’”

“Naidu recently cleared the preview committee for three consecutive years as he felt there should be a sense of continuity in the selection process. He also raised the remuneration paid to the committee members after many years. However, Irani has now decided to revoke the order on the continuation of the preview committee.”

Trouble began when one of the names of the preview committee members selected for three years, Delhi-based folk singer Kiran Jha, “got left out accidentally” in the final order. “By then, Naidu had resigned. Since she was also in the last preview committee of IFFI and her name had already been approved by Naidu and the minister of state (Raghavendra Rathore), besides senior officials including the I&B secretary, the file was put up to the new minister for her signature. However, Irani not only refused to approve Jha’s name but also decided to replace almost every member of the committee selected by Naidu with new names.

Though senior officials present at the meeting suggested the minister could form a committee of her liking and place it above the preview committee to oversee its decisions as appointment letters had already been issued to the members nominated by Naidu, Irani was adamant on her decision,” the sources said.

Screenshot of the IFFI website with the details of the Preview Committee still to be listed.

This despite pleas from I&B officials that a decision like this was unprecedented and would show the ministry in bad light.

“Though initially some five names approved by Naidu were retained, it finally came down to only one. The joint secretary (films) has been asked by Irani to provide new names and he has submitted a list of 10-12 names to her which is awaiting approval.”

While both ministry officials and preview committee members have expressed “shock” at Irani’s  decision to revoke Naidu’s decision, this is not for the first time she has held her own, even at the cost of losing her ministry. Irani was ousted from the high-profile HRD ministry in July 2016.

Though Irani, who was a celebrated television actor before entering politics, has not taken a final decision on who she wants to draft for IFFI,  possible names for both the preview committee and the steering committee include animation filmmaker Geetanjali Rao and Anand Gandhi (of the Ship of Theseus fame). Gandhi also wrote the dialogues for Irani’s signature TV show ‘Saas Bhi Kabhi Bahu Thi’.

I&B ministry sources say Irani also wants to reduce the number of members on the preview committee from 21 to 15. A member serving the committee for the last eight years told The Wire, “Though there are 21 members who are divided into three panels to watch movies for selection, only eight to 10 members are regular and end up selecting the films. Also, from the present committee, two of them have backed out already, so effectively there are 19 members now. So that way, if the minister has decided to lessen the number of members, it is a good decision provided those selected are serious about their job.” The member, however, asked, “But the timing is certainly wrong. She could have done it for the next festival as the process for this year’s fest has already reached midway. What was the hurry?”

Yet another significant change that Irani sought, according to ministry sources, “is reduction of the prize money given to the best film at IFFI.”

“IFFI gives away Rs 40 lakh to the film chosen for the Golden Peacock award. The minister said why waste so much money on a foreign filmmaker, let’s give it to a young Indian filmmaker. The thought is good but the point is, there are other platforms for this, such as the National Film Development Corporation of India (NFDC). Being an international festival, many times the award and money go to a foreign filmmaker but it can also go to an Indian filmmaker,” said a member of the preview committee.

The member pointed out, “Also, the argument is, a cash award is given in every international film festival. So it is in a way an international norm, and it is strange that the minister doesn’t know this.”