'Sharmaji Namkeen' can be seamlessly deep without being moralising or boring. 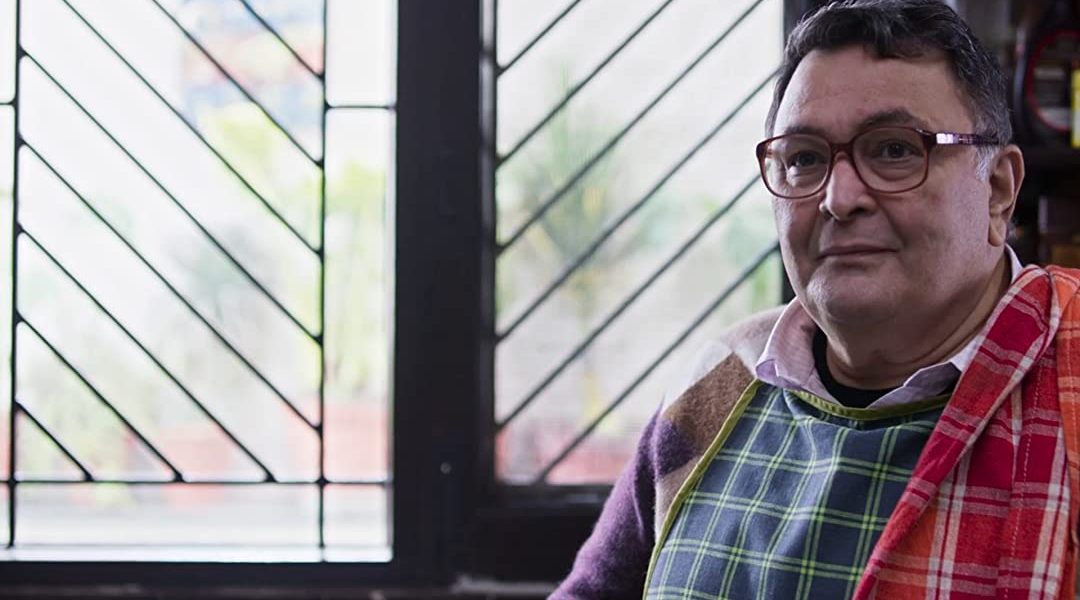 He’s recently taken voluntary retirement from a company named Madhuban. His wife is dead; his eldest son, Sandeep (Suhail Nayyar), has a comfortable corporate job; his youngest son, Vincy (Taaruk Raina), studies BCom. Sandeep is busy with his girlfriend (Isha Talwar) and Vincy dance, leaving their father with WhatsApp messages, Facebook posts and TV serials. For someone who has lived his entire life as a caregiver – so much so that he’s identified not by his first but family name, “Mr Sharma” – he now feels clueless and lost, desperate to find a new identity, something he can truly own.

Hitesh Bhatia’s Sharmaji Namkeen, streaming on Amazon Prime Video, begins where many Hindi films end. Because the question here is not how to live with others – say, a romantic partner or a family – but oneself. The drama also tells a parallel story of class divide. Mr Sharma lives in a cramped West Delhi house; his friends comprise people like him, loud Punjabi men. It’s a small simple life – the only life he’s ever known. Sandeep, on the other hand, wants to buy a plush flat in a Gurgaon high-rise. His father, his current life, embarrasses him.

Also read: ‘King Richard’ Is Not About Winning, but a Father’s Pursuit to a Dignified Life Even Without Tennis

If Sandeep wants to shun his past, then Mr Sharma wants to hold his past. He just needs a small excuse to talk about Madhuban – “it had a monopoly over home appliances” – and how he mattered to the firm (“I was called a shining jewel”). Mr Sharma is trying to find his story in the end credits – a stranded passenger on a platform, where no train arrives. But unbeknown to him, he did live for himself, doing something he loved the most: cooking. His friend (Satish Kaushik) offers a solution: making food for a local religious gathering. It turned out to be a lie, as Mr Sharma turns up to cook for… a kitty party. The women love the food – one of them, Veena (Juhi Chawla), even enjoys his company – and they call him again and again.

Like Mr Sharma, this drama is quietly ambitious – an ambition resulting from desperation. Kapoor died before the shooting was complete, leaving the makers nonplussed. They settled on an option that nearly never happens in cinema: asking a different actor, Rawal, to fill in the remaining scenes. This isn’t a gimmick; the makers don’t intend to shock us. A small message by Ranbir Kapoor opens the film, remembering his father and thanking Rawal.

I prepared myself for an initial jarring experience, but the transition didn’t matter at all. Rawal doesn’t try anything flashy – he doesn’t try to act like Kapoor. By staying true to himself, a motif informing the film as well, he nails the role. The smart writing – accumulating tiny details, observing the minutiae of Indian urban life – helps him. Bhatia, who’s co-written the screenplay, understands the overbearing and stifling nature of Indian families, which don’t hesitate to humiliate their own while maintaining a veneer of humour and ‘decency’.

It also establishes the central conflict: Mr Sharma’s embarrassment in revealing his true calling. His reluctance also arises from the job’s perception – something associated with ‘lesser skilled’ workers, carrying the stain of manual labour – relegating him to a lower class (and caste). But he is as helpless as a man in love, and the film dignifies his dream. When he’s cooking for the first kitty party, the camera closes in on the fritters he’s made, and they’re… heart shaped. He’s finally found what he was looking for – “apna kaam” – the work that completes him, the work where he’s not someone’s father or subordinate, where he’s not Mr Sharma, a social function, but Brij, a unique individual.

Sharmaji Namkeen can be seamlessly deep without being moralising or boring. Its slice-of-life style, laced with comedy, dismantles the repulsive hierarchies of the Indian middle-class. There’s also some neat narrative inversion that doubles up as social commentary. At the start of the film, Sandeep and Vincy have no time for Mr Sharma – their flights are about to take off, his has landed. But when he starts cooking for different kitty parties – making new friends, finding new joys – he doesn’t have time for his children. When Sandeep finds out his secret, he chides Mr Sharma like a strict father. The implication remains the same: know your boundaries, do as you’re told – or, in other words, don’t be yourself, no matter what your age.

Also read: After a While, RRR’s Blockbuster, Over-The-Top Style Begins to Feel Hollow and Hurts the Story

Yet, despite such merits, the film seems to sporadically contradict itself, succumbing to the very hierarchy it comments on. Mr Sharma defends his vocation by saying, “I’m a cook not a waiter” – as if being the latter would have mitigated his worth. When Sandeep finally finds out, he says, “Just because you’re getting bored, will you start washing dishes at people’s houses?” Mr Sharma is rude to his colleagues, his clients’ domestic workers. When Veena offers to drop him home, he emphasises that he usually brings his car along – another reference to his elevated class status, implying that he’s ‘different’ from other similar workers. These bits stick out in an otherwise fine and gentle film – especially because they come from Mr Sharma (and, at times, from his son, whose classism goes unchecked). Its final segment too, centred on a scuffle and a police station, strains to be funny via contrived writing.

But my lasting feelings weren’t tethered to these quibbles but Kapoor’s excellent performance, a memorable swansong. The actor truly blossomed in his last phase, and you can see those qualities that helped him ace this role, too: a unique confusion and disorientation – very Indian, very old school – that makes him cute, an effortless absorption of quiet humiliation that doesn’t blow up yet registers pathos, an ingenious knack for everyday humour.

His last scene in the movie – his last appearance in cinema – encapsulates that avatar. Eating dinner with Sandeep’s future in-laws, Mr Sharma feels out of place in a fancy Gurgaon home, finding out then that his son’s new flat has been mired in real estate trouble for quite some time. He sits there quietly, nibbling food – keeping up the pretence that he knew about it all along – painting the picture of a lost, dispensable man. It’s a good scene, but Kapoor makes it great – a faux smile, a stiff frame, a slanted gaze. In that moment, you see an actor making his character act. It feels like Kapoor paying tribute to performance itself: He may not be around, but his acting will.