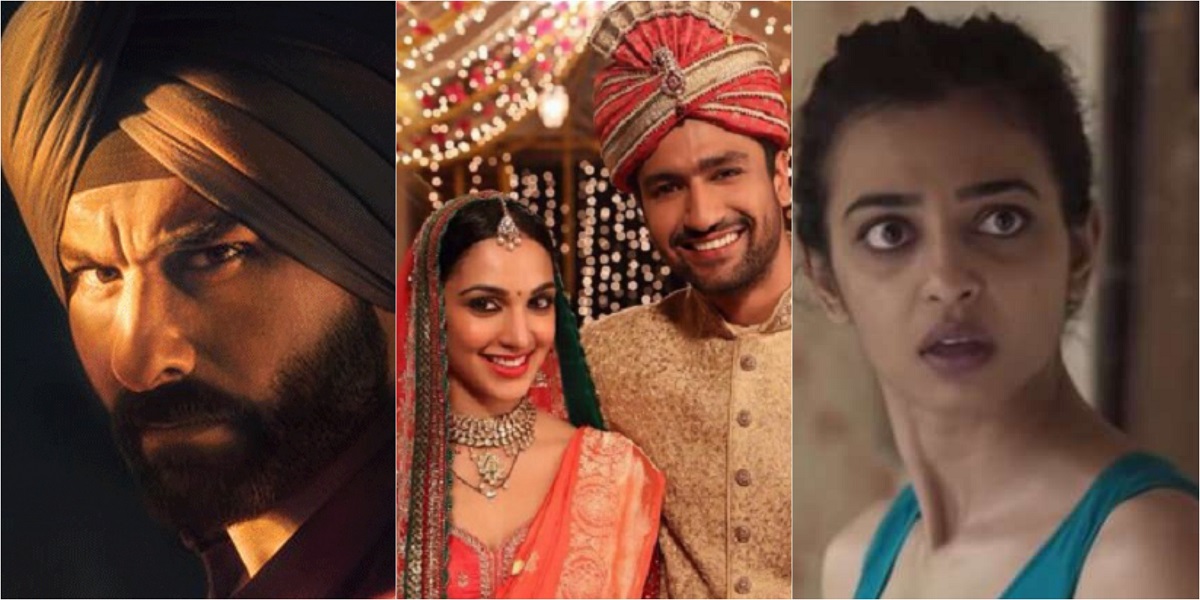 The first season of Sacred Games, starring Saif Ali Khan and Nawazuddin Siddiqui, has been nominated in the best drama category alongside Brazil’s Contra Todos (season three), Germany’s Bad Banks and the UK’s McMafia, which also features Siddiqui in a key role.

Director Anurag Kashyap and Neeraj Ghaywan directed the second season of Sacred Games while Vikramaditya Motwane served as a showrunner. Kashyap, who shared the news on his Instagram page, was also one of the directors of Lust Stories with Zoya Akhtar, Dibakar Banerjee and Karan Johar.

Kashyap, who had quit Twitter last month citing threats received by his family, posted the news on Instagram tagging Emmy, Netflix and other collaborators.

Actor Radhika Apte, who features in the segment directed by Kashyap is competing in the best performance by an actress category with Jenna Coleman for The Cry, Marjorie Estiano for Brazil’s Sob Pressao 2 and Marina Gera for Hungary’s Orok Tel.

The Remix is competing in non-scripted entertainment category with nominees from Argentina, Belgium and the UK. Nominees this year span 21 countries across 11 categories with Brazil and the UK leading the list. Other countries with more than one nod include Germany, Australia, Belgium, Argentina, Hungary and India.

“The diversity, geographic spread and quality of this year’s nominees is a testament to the increasing wealth of outstanding television being created on a global scale,” Bruce L Paisner, president and CEO of the International Academy of Television Arts & Sciences, said Thursday.

“We congratulate the nominees for their outstanding achievements,” Paisner added. The 47th International Emmy Awards will be held on November 25 at the Hilton New York.