Rishi Kapoor Proved That Good Actors Only Get Better With Age

Just when audiences had forgotten Kapoor, he returned with Luck by Chance and then became a favourite of producers who couldn’t get enough of him. 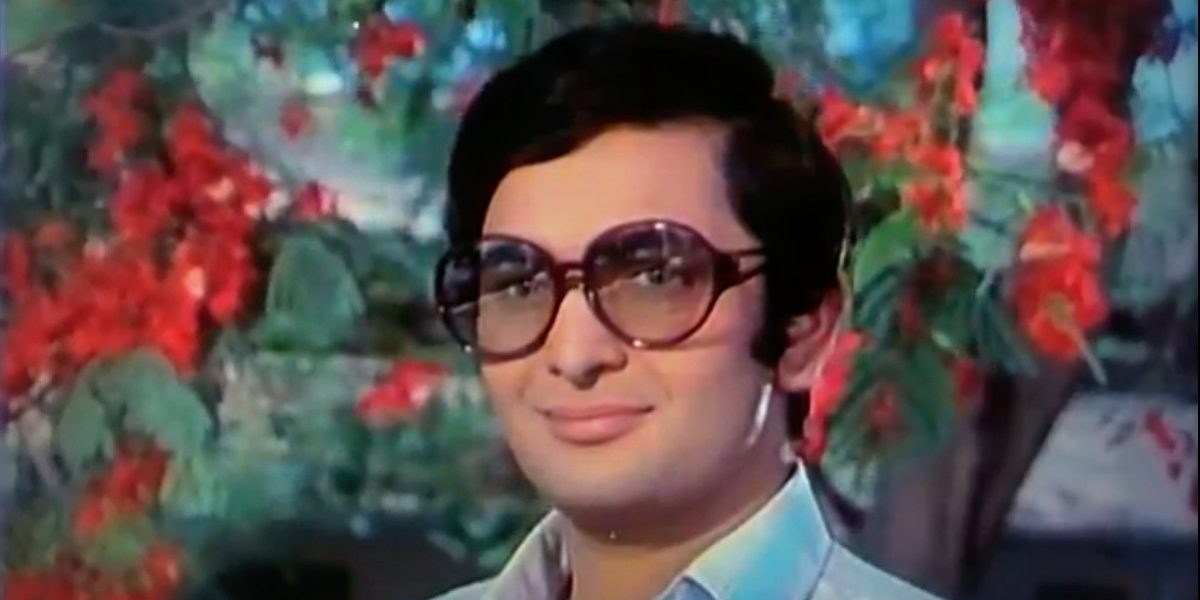 When male superstars, especially those who played heartthrobs in their time, turn old, they have very limited options for roles – either they continue to try and hold on to their image, playing romantic heroes opposite younger and younger women, or morph into screen fathers who are little more than props to the next generation.

Rishi Kapoor tried out the first route and after his last true superhit, Chandni, (1989), when he was in his late 30s, continued to play the young romantic hero in a slew of indifferent films, some of which, such as Damini, were heroine-oriented and others like Pyaar Mein Twist and Izzat ki Roti, are forgotten. He kept on getting work, but his days as a hero were done as a new cohort of actors took over.

But Kapoor was much too talented to be kept down for long. Given a good director and challenging role, he had the chops to deliver, which he did, in Luck by Chance (2009) playing a bewigged and boastful film producer Romy Rolly, complete with anxieties and superstitions. The next year, he was in Rakeysh Omprakash Mehra’s Delhi 6, with Abhishek Bachchan and Sonam Kapoor. Suddenly, Rishi Kapoor was back and showing much younger actors a thing or two. 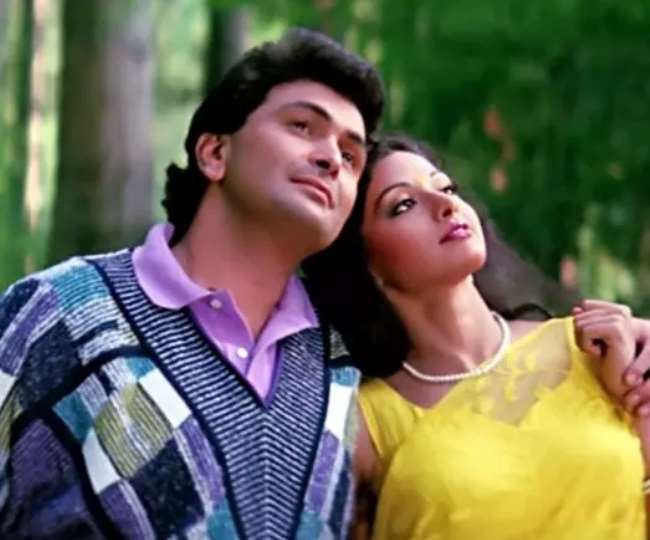 Rishi Kapoor and Sridevi in ‘Chandni’.

He was of course Bollywood Royalty, part of the first family of the Kapoors, whose lineage began with his grandfather Prithviraj Kapoor and is still going on with the fourth generation, which includes Kareena Kapoor and Ranbir Kapoor. Like all Kapoors, he loved the good life, with a particular fondness for good food. Kapoor also had a generally cheerful disposition and doctors treating him during his recent hospital stay said he kept them entertained till the very end.

It was a long journey from his first screen appearance – along with his siblings, Randhir and Ritu, Rishi was seen in a fleeting but memorable sequence in his father Raj Kapoor’s Shri 420, when the film’s hero and heroine Nargis sing ‘Pyaar hua ikraar hua hai’ in the pouring Bombay rain. All three looked cute in their rain coats, walking down as Nargis sang “phir bhi rahengi nishaaniyan.” It was a moment that trivia buffs have relished for generations.

His first full-fledged role came in Mera Naam Joker, a long film in three parts about a clown remembering his life. Rishi Kapoor, in his teens, played an adolescent experiencing the first stirrings of sexual awakening, who is infatuated with his teacher. He was outstanding, delineating the awkwardness and innocence of a young schoolboy. The film was a huge flop but the role won him a national award for best child actor.

Bobby followed, a teen love story directed by his father, who proved he knew the pulse of the new generation. The cute pair of Rishi Kapoor and a fresh Dimple Kapadia and the music won the hearts of young India, and the film was a blockbuster, wiping out the losses of Mera Naam Joker.

Rishi Kapoor became the nation’s favourite lover boy, cute if a bit overweight – audiences were more forgiving those days – and wearing his trademark colourful sweaters, often acting opposite his wife-to-be Neetu Singh. It helped that he danced very well, which was fully exploited in films like Karz and Sangam.

Also read: For as Long as We Can Watch Films, We Will Remember Irrfan Khan

He was one of the few actors who was not blown away by the hurricane called Amitabh Bachchan – Kapoor’s was a niche that only he himself could fill. The two acted together in many films such as Amar Akbar Anthony, Naseeb and Coolie, where he showed impeccable comic timing and held his own before the superstar. Most of his films in the 1980s, a decade marked by kitschy vigilante films, were indifferent and though Ramesh Sippy tried to rework the old magic in Dimple Kapadia’s comeback vehicle Saagar (1985), it wasn’t the same. Then four years later, Chandni happened and once again, Yash Chopra’s formula of a love triangle amid chiffons, pearls and Switzerland proved a hit.

Just when audiences had forgotten Kapoor, he returned with Luck by Chance and then became a favourite of producers who couldn’t get enough of him – Do Dooni Chaar, Housefull 2, Shuddh Desi Romance, 102 Not Out (reuniting with his old mate Amitabh Bachchan), Kapoor and Sons and Mulk, in which he gave a powerful performance as a Muslim who has to prove his patriotism after his nephew gets arrested on terrorism charges.In his second coming, he did intense roles a well as light hearted ones and also played an underworld don in Agneepath.  He also discovered Twitter and soon had a large number of followers – his tweets, sometimes funny, other times nostalgic and often controversial – won him many fans.

But while he was busier than ever before, in 2018, after his cancer was discovered, he went to New York for treatment. He came back after a year and the producers were waiting – IMDB lists three films in production with him. But his condition worsened a few days ago and on Thursday, the cancer claimed him. He leaves behind his wife Neetu, son Ranbir and daughter Riddhima.