With Stunning Acting, 'Pieces of a Woman' Tells a Tender Story on Crushing Grief

Kornél Mundruczó's film is not one laden with dialogues. Yet it says a lot.

A still from 'Pieces of a Woman'.

Pieces of a Woman, a new Netflix release, opens to a married couple. Martha Weiss (Vanessa Kirby), a corporate executive, is pregnant. Her husband, Sean (Shia LaBeouf), a construction worker, is excited to become a father. But besides their unborn child, Martha and Sean strain for a common ground. He builds bridges; she works for corporate America. A former alcoholic, he’s rough around the edges; she’s polished and calm. Sean is not in touch with his family; Martha’s mother and sister, preoccupied with societal norms, live in the same city, Boston.

The kind of sorrow that crushes and suffocates: the death of a child.


Neither Martha and Sean are responsible for the loss. When she’s about to go into labour, the couple calls the original midwife, Barbara. She’s busy, so she sends a replacement, Eva (Molly Parker). With Eva, initially everything goes according to plan. Sure, there’s the customary pain, discomfort, and fear – and even though she has some reservations about the baby’s heart rate – Martha delivers a healthy child. Sean clicks pictures, but soon, the baby turns blue; her heart stops beating.

This is where Pieces of a Woman explodes: two hapless victims, closed doors, a tragedy.

Filmmaker Kornél Mundruczó is perceptive about the abyss of grief and guilt. Sean and Martha have not done anything wrong, yet they feel they have. They believe they could have done something, yet they could not. They cannot even blame, or derive comfort from, each other. The mere presence of their partners is a reminder that they failed. 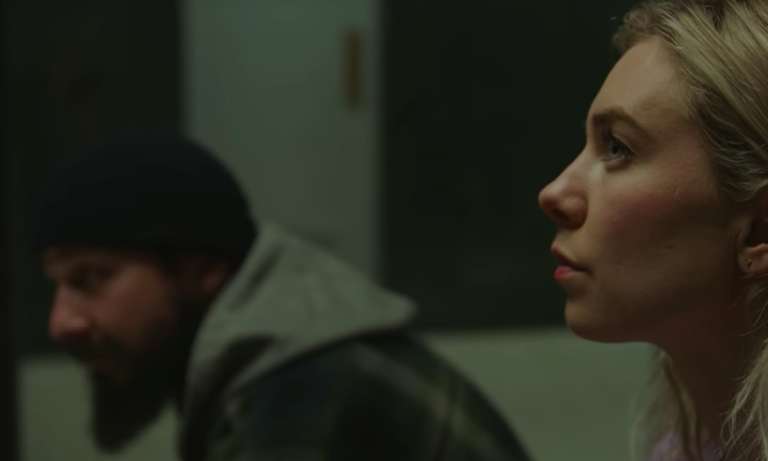 If emotions followed cold logic and causality, then Martha and Sean could have still found some solace. But tormenting events have their own world. A horrific thing has happened, nothing can be done about it, and it stings hard – stings nonstop. What do you do, where do you go?

The central conflict itself isn’t new. Many films, across the world, have tackled the nature of parental grief. But Pieces of a Woman narrows its focus. It shows how even responses to grief can be gendered. Sean gets drunk and rough; Martha visits a bookstore to find something on sprouting.

Watching a couple disintegrate due to a monumental loss can be a sleazy voyeuristic experience.

Mundruczó is aware of our discomfort, and he heightens it slyly. The scenes in the car often frame the pair from a close tilted angle, as if the viewer is crunched in a corner, craning her neck to eavesdrop on an uncomfortable conversation. When Sean is in the middle of a heated exchange, in a different scene, he’s rendered out of focus; he may not even exist for Martha.

The film’s emotional core, Martha’s delivery, is filmed in a 23-minute long take, moving from a casual conversation in the kitchen – where she breaks her water – to the bedroom and bathroom, then back to the bedroom, as Martha, helped by Eva, tries delivering the baby: she pushes and cusses, and cusses some more; the camera inches close to her, amplifying our unease; Martha, time and again, pricks the tension via funny routine observations: “This is embarrassing” (talking to herself), “have you taken the trash out?” (Sean), “your glasses are nice” (Eva). This isn’t a film that talks a lot. It doesn’t rely on elaborate fights or thorny confrontations – and yet, we feel the pinch, like Martha and Sean.

There are also other layered questions, such as who ‘owns’ a child – especially an unborn child? It can be even extrapolated to ask: Whose grief is greater, the mother or the father?

It’s fitting that in a film about unspoken grievances, reams are said through symbols. When their marriage starts to crumble, its effects reflect on the house: dishes pile high in the sink, the plants outside the window start to wither, and the place is bathed in a cold, flat light. The bridge built by Sean – appearing fitfully throughout – becomes an ironic metaphor for the couple’s journey; unfinished during her pregnancy, it starts coming together as the couple falls apart. When a drunk Sean throws a gym ball at Martha for questioning him, it hits her face, settling in front of her. She lowers her burning cigarette on it: the air swishes out, as her resting legs descend with the ball; it’s the closest she’s come to accepting her lot.

The filmmaker is equally interested in grief’s eternal companion: retribution.

Pieces of a Woman spends a considerable time dissecting the question that consumes the couple and Martha’s family: What should they do about the ‘culprit’, Eva? Martha’s mother (Ellen Burstyn), Elizabeth, who was not present at the time of delivery, blames the midwife; so does the rest of the family, including Sean. Martha disagrees.

They also differ on the baby’s ultimate fate. Elizabeth wants her to be buried; Martha wants to donate her organs for medical research. Two colliding world views and convictions for an unchanging reality: a baby that can’t speak.

Centred on Martha, Pieces of a Woman is elevated by a stunning performance from Kirby. She has an electric screen presence, turning something as certain as grief intriguing. She can hold a scene on her own, opening up the film; her measured, precise reactions reveal the characters of others. But the most impressive bit about her role is that she gives little away. Even during prickly exchanges, she deflates tension through humour. When she launches into a monologue in the court, we aren’t sure about the nature of her testimony.

LaBeouf is impressive, too, playing a man spiralling into a self-destructive mix of alcohol, anger, and self-loathing – his forte as an actor. Burstyn shines in a minor role, steering a pivotal subplot that completes the drama’s narrative and thematic arcs.

But the best part about the movie is its tender worldview. 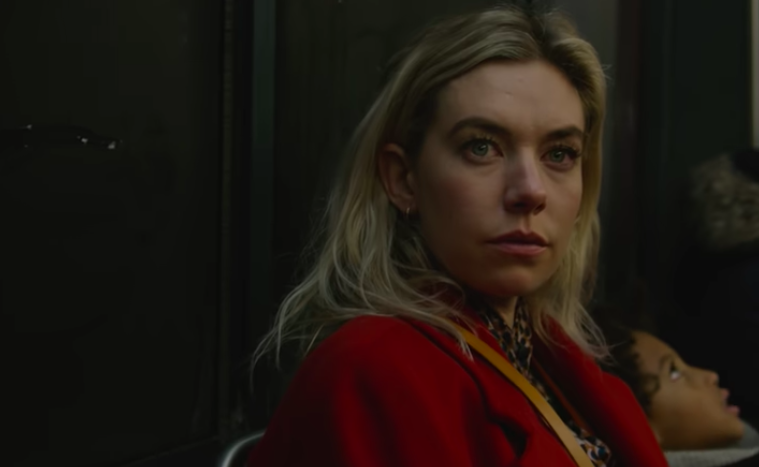 Ostensibly a film about death, and a brutal coping mechanism, Pieces of a Woman is more interested in life: in the possibilities of reinvention and rebirth — in the possibilities themselves. Martha starts sprouting apple seeds early in the film; it’s only later that we find out the reason: Her daughter smelled of apples. The movie ends with the shot of a blooming apple tree; a young girl is nestled in its branches; Martha, walking towards it, calls her home.

It’s not clear how many years have passed, but we sense a new beginning. Misery cannot be undone, implies the film, but it can be buried – and, when nurtured by acceptance and persistence, can become what we want it to be.