‘A Thin Wall’, a collaborative documentary, talks about the remnants of stubborn love for the home left behind, through the intimate lens of personal accounts. 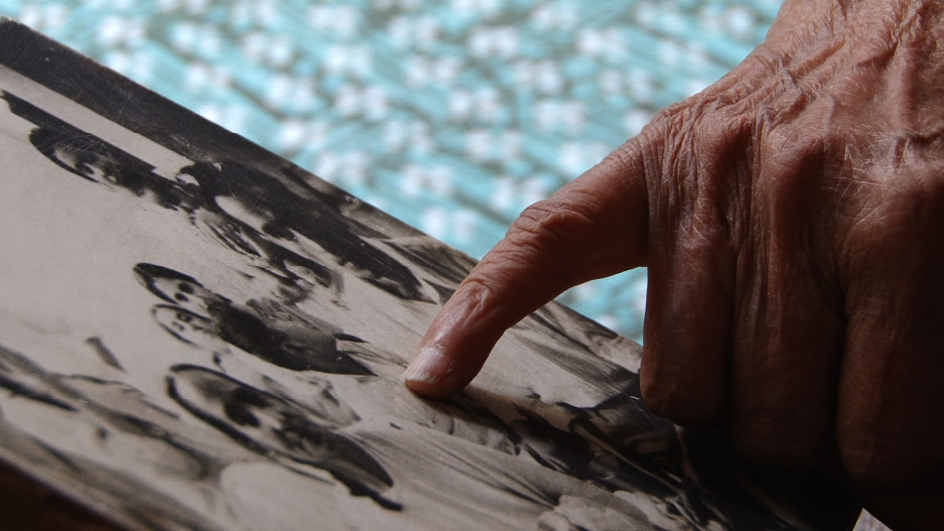 Holding on to memories: a still from the documentary ‘A Thin Wall’.

There is a poignant moment in Pakistani-American filmmaker Mara Ahmed’s documentary, A Thin Wall, when Jitender Sethi, grand aunt of the film’s Indian co-producer, Surbhi Dewan, talks about leaving Wazirabad in Pakistan for the last time to relocate to Saharanpur in India.

The late-night train ride and the view from the window of the fading trees, lights and homes pierced her heart. They were forced to leave behind all that was familiar and dear to them, and all they could pack in their suitcases were slivers of memories that they cherish and hold on to, till date.

As she holds back her tears, in a quivering voice she uses an evocative phrase to describe the heartache — hook uthh-ti thi (in the throes of an uncontrollable pain). Human associations didn’t change, she says; waqt kharab tha (those were troubled times) is how she describes the days leading up to Partition. 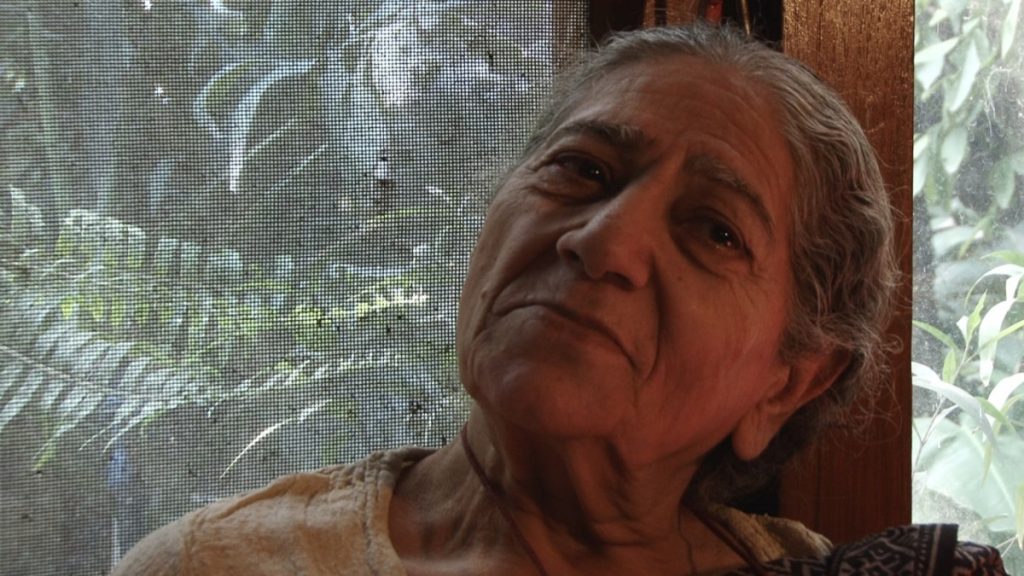 “I have seen many things after coming to India, but that side will always remain beautiful”: Jitender Sethi, who left Wazirabad (Pakistan) during Partition and moved to Saharanpur. A still from ‘A Thin Wall’.

Director Ahmed’s mother, Nilofar Saleem, who was five when they moved from Gurgaon to Sialkot in 1947, has vivid memories of the house they lived in, the neem trees surrounding it and the huge pond beyond. If she were sitting with an Arab, an Afghan and an Indian, she would befriend the Indian, Saleem says candidly, because they have more in common than the religion she would have in common with the others. She hopes for friendship between the two countries so that citizens on both sides get a gift of ease of travel at will across the border. As she recalls Indians telling her how much they loved Lahore and how it is like Paris, her spectacles fog over with tears.

In a way, both Sethi and Saleem are caught in a time warp where there is a lingering sadness about not being able to go back home – a home pristine in memory, which has actually been overrun in the march of time.

Sometimes watching a film in varying contexts and moments in time doesn’t just imbue it with a persistence of meaningfulness; it also layers it with additional depths. A Thin Wall might have been made in 2015, but as it now streams  on the MUBI India OTT platform (commencing on August 14, Pakistan’s Independence Day), it hits home hard by underlining the ever-relevant need for amity between the two neighbours, foregrounding  the age-old truth that people want peace but politics always has other plans.

There’s more. The film also pushes the right buttons with the questions it raises about identity, religion and culture — how they can unite people despite their differences and how they can also be deployed as divisive tools in hyper-nationalistic narratives; issues that have hardened and become more complex in the contemporary political and social context.

Without  intending to do so, the film makes one go beyond ruminating on the “us” and “them” narrative of 1947, when one country was torn apart to create two independent nations, forcing us to look at the fissures that continue to form and deepen  more than 70  years later. The talk of “organised violence” and “systematic ethnic cleansing” back then reverberate in the present. It makes you wonder about the ghosts of the past mutating into newer entities of hatred, still using people as pawns. The film may not be about it, yet it makes the viewer confront this pervasive reality indirectly.

The collaborative project between Ahmed and Dewan came about when they met in Rochester (New York), in 2008, and realised that there was a history they shared. Both come from families torn apart by Partition. So, while the film is a collage of disparate voices and opinions from both sides of the border, a larger pattern gets formed in the viewer’s mind from the free-flowing narrative. A potent pattern emerges from the seeming lack of a defined method.

The film refers to books and films and integrates animation, poetry, music and other artwork to look afresh at the upheaval of Partition. There are voices as varied as writer Uzma Aslam Khan, feminist writer, publisher and activist Urvashi Butalia and documentary filmmaker Ajay Bhardwaj.

A Thin Wall starts with the family members and relatives of the director and co-producer articulating their individual journeys, from the home in the past to the one in the present – journeys in opposite directions. It is about documenting history through this intimate lens.

However, it is  not so much about a  voyage in time or the present where they have put down roots — the overarching motif is of a  longing for the lost home, “the remnants of stubborn love that bind us to the past even as we are propelled into the future,” states the director in her voiceover. “Places inhabit us just as we inhabit them,” says Ahmed in the film. Will revisiting them lead to reconciliation, you wonder. As Butalia is quoted in the film, the profound sense of rupture that signified Partition, went beyond the territorial divide and splitting up of economic assets to the division of hearts.

The disruption and reinvention of home and identity that an older generation had to go through finds its parallel in the contemporary quest of Ahmed and Dewan as well. Their sense of belonging pivots on internal conflicts. There are the real and imagined homes that they keep swinging between as global citizens, with one foot in New York and one foot in Pakistan/India.

Also read: Pakistani Cinema Had Its Own Way of Looking at Partition Too

For Ahmed there’s also the nostalgia for another home in Europe that she had to be wrenched away from, which she calls her “lost landscape of childhood”. Where is the real home then? It’s a question and an ache that is so specific yet so universal.

The stories in A Thin Wall stress on the warmth, camaraderie and harmony of a time when people respected each other’s religion and celebrated festivals together, leading up to a reflection on the manner in which  we have been made to become politically conscious of our religious identities today.

Saleem (the director’s mother) talks about her mother idolising Gandhi and giving up her British silks for khadi, the play of politics feeding a perception that Hindustan and Pakistan were different entities and their aims were different as well. The last straw being a line drawn across the map which changed the lives of millions, unleashing unimaginable terror and genocidal violence. “Dividing the indivisible was bound to be violent,” asserts the director in the film.

Santosh Malik: Living through a time of moral vacuum. A still from ‘A Thin Wall’.

A Thin Wall has accounts of lives being saved. But it also contains memories of people walking for miles daily, leaving behind graves at every halt, the fear-filled existence in a time of moral vacuum.  “Don’t trust your own brothers where your dignity is concerned,” recalls Dewan’s grand-aunt, Santosh Malik, who was given this advice by her father.

Through a mention of Ajay Bharadwaj’s documentaries on Punjab, A Thin Wall refers to the myth of denial as well, with each community considering itself the victim, which raises the question that if everyone was a victim, then who was the perpetrator? In this trajectory, there has been no space for guilt and remorse, forgiveness and healing.

Between the personal memories and collective perceptions lies the  thorny field of politics. The tragedy of Partition comes through in the idea of homogenous nations diminishing themselves by riding roughshod over the idea of composite identities and culture and religious co-existence, which get sacrificed at the altar of majoritarianism.

A young Indian girl in the film, under the spell of Coke Studio Pakistan, talks about writing a letter to the prime minister to facilitate cultural exchanges between the two nations. You smile at the simplistic “solution” she has in mind, but then in a land torn asunder by politics, the ties of culture that bind people across borders need to be revived. Most of all, it needs to be remembered that it is a thin wall, after all.