Let’s jump the one-inch barrier, embrace the subtitles and celebrate the freshness offered by the best of world cinema.

A still from the film 'Parasite'.

Parasite may be the first foreign-language film to win an Oscar for best picture, but now that line has been crossed, there’s every hope this might mark a shift in attitudes to what the film’s director Bong Joon-ho calls the “one inch tall barrier of subtitles”.

A lot has been said recently about diversity and inclusion (or lack thereof) in the long history of the Oscars but the success of Roma in 2019, winning three awards including best director for Alfonso Cuarón, suggests an openness – both in the industry and among moviegoers – towards high-quality films in languages other than English.

This is not just about the significance of Parasite. As good as it is, it might not even be the best of Bong’s films (it’s his 14th film if you include shorts, the cult movie The Host, and Memories of Murder, which all deserved more attention than they got) and probably not the best South Korean one. South Korean directors have made many great films over the past three decades – Park Chan-wook’s Oldboy (2004), Kim Jee-woon’s I saw the Devil (2011) and, of course, Bong’s Memories of Murder (2004) – which garnered critical acclaim but few significant awards.

But Bong’s films – and those of other prominent international directors – are now available on Netflix – and as more movies are made by and for online streaming platforms, giving audiences access to more diverse sources of content, the academy needs to shift away from its elitist, Hollywood-centric approach which tends to favour English-language movies.

We’ve become used to seeing successful foreign directors lured by the big Hollywood studios. So, while to many people who know Cuarón as the director of Harry Potter and the Prisoner of Azkaban (2004) Children of Men (2006) and Gravity (2013), for me he will always be the director of Y Tu Mama También (2003). This, and Alejandro González Iñárritu’s Amores Perros (2001), marked the emergence of the New Mexican cinema of the 2000s. Iñárritu is, of course, now most famous for Birdman (2014) and The Revenant (2015).

This is what makes Bong a bit special: he has felt the lure of Hollywood – but is firmly rooted in his own culture as well. He has made two films in English: Snowpiercer (2013), a dystopian sci-fi movie about the aftermath of a climate change experiment gone wrong and Okja (2017) about a girl who befriends and tries to rescue a genetically modified “super-pig”. Both were beautiful to look at, with great production values and a fantastic cast – but they lacked the Korean flavour which gives Parasite its appealing “local roots” or “otherness”, depending on who’s looking.

After the success of Okja, Bong returned home with a clear intention to keep making movies that foreground Korean culture and social dynamics. 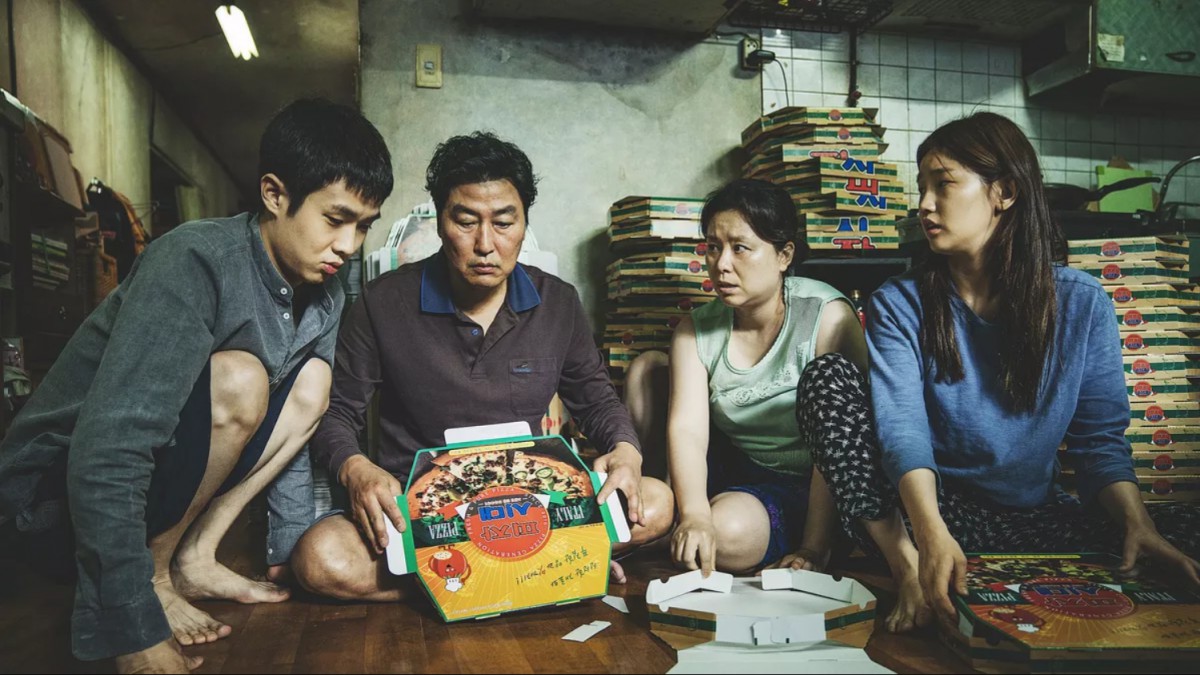 Perhaps the academy is beginning to understand that it is not about “Hollywood” versus “foreign movies”, but about promoting good films, no matter where they come from. But this change won’t happen overnight, and it might need an additional push from within. There’s certainly no shortage of liberalism and social conscience on display at the awards ceremony.

Joaquin Phoenix who won best actor for The Joker delivered a passionate and well-received speech in which he appeared to criticise US cultural and political dominance:

We’re talking about the fight against the belief that one nation, one people, one race, one gender, one species, has the right to dominate, use and control another with impunity.

Can this, supported by the democratisation of viewing practices and the strong influence of social media, help promote the turn towards diversity and inclusivity that the Oscars so badly needs?

Also read: Pay No Attention to the Backlash, Here’s Why You Have to See ‘Parasite’

But perhaps the real question to ask is the legacy of Oscars when compared to the international film festivals. Are the Oscars still prestigious enough, and how do they exercise the requirement to satisfy both the critics and the audiences?

There is a clear shift with the foreign language film category changing its name to international feature film. This could be a proof of shifting the priorities in the awards industry: the world “international” implies collaboration, transcultural effort, and some form of collective belonging – as opposed to basing the category purely on language. The US, the home of the Academy of Motion Picture Arts and Sciences, is a multicultural place where many languages are spoken, so a film in a language other than English may not necessarily be “foreign”.

Could this shift in the name mean that the award becomes not only more relevant locally, but also more open to the film industry as a whole? This is a potentially significant change which signifies a radical adjustment in the way of approaching the intercultural diversity in cinema. The idea is not about replacing Hollywood productions which dominate the market – and which have their (very large) audiences – but about making way for foreign productions of high quality and giving them a chance to shine. Subtitles should not be a barrier to prevent that.

Good cinema, whether it’s indigenous, international or Hollywood-centric, should be subject to the same expectations no matter where it is made. Of course, this will not happen overnight, but perhaps the success of Parasite can open the door to this more open minded way of thinking.

Also read: ‘Bong Hive’ Arrives at the Oscars as the Academy Takes a Step Forward

I’d like to believe that with the democratisation of audiences’ requirements comes the new era of the film awards, including Oscars, where a good film can come from India, Mexico, Korea, and where subtitles connect the makers with audiences by making the variety and richness of cinema of different background accessible.

Let’s jump the one-inch barrier, embrace the subtitles and celebrate the freshness offered by the best of world cinema.

Agata Lulkowska is a lecturer in Film Production at Staffordshire University.