Producers Attack the Censor Board to get Publicity for their Films: Pahlaj Nihalani

Indian censors are far more liberal than in many other countries, says the controversial censor board chief. 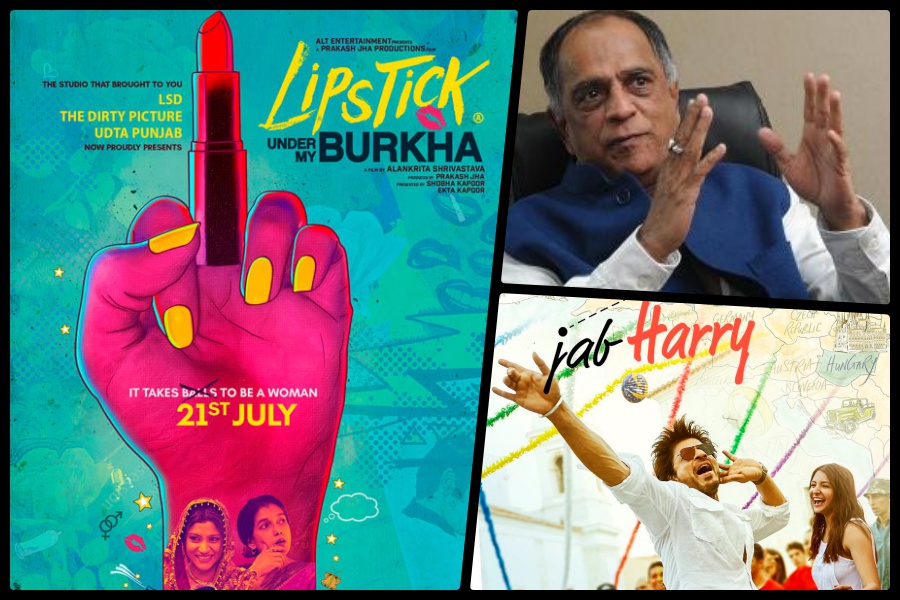 In his two and a half years as chief of the Central Board for Film Certification, popularly called the Censor Board, Pahlaj Nihalani has never been far from controversy. His insistence on demanding cuts, often for minor infractions – the Board recently wanted the word ‘intercourse’ beeped out – and his avowed admiration of Narendra Modi, in whose honour he has made a short film, have made him an object of much criticism and derision. He has been ridiculed as being too ‘sanskari’ (traditional and conservative) instead of moving with the times. In an interview with The Wire, Nihalani explains some of his decisions but remains unfazed with the attacks on him. (Some Hindi phrases that were used have been translated).

It’s been two and a half years since you took over as Censor Board Chief, how would you describe your stint?

What kind of corruption?

If you recall, there was a CBI investigation earlier (against the CBFC Ex-CEO Rakesh Kumar). There was a notion that without paying a bribe nothing would get done. As a producer also I have experienced it.

What has changed over the years?

I have been coming to CBFC since 1967, first as a distributor and then as a producer. I have produced 34 movies, and plus I have distributed 153 films so I know the problems. Bagair paise diye picture pass nahin hoti thi. (without paying something under the table, films were never passed). I knew what was going on so it was easy to streamline the whole thing. Today all unethical moneymaking and delays have stopped. I am proud that the same staff is working in a completely different way. Today CBFC boasts of a corporate atmosphere as different from the fish market environment earlier.

But now, CBFC has come to be known for its controversies and its conservative approach to what can be shown and what not. Take the latest instance-You wanted the word ‘intercourse’ to be removed from the promotional material of Jab Harry Met Sejal. What exactly was the problem with the word?

First of all, I have no problem. All we said was that this word cannot be used on television. I agree that the word is allowed in textbooks but only in senior classes when the kids are around 13 or 14 years old.

If you are certifying content for children of 12 years and below you have to keep the rules in mind. We gave Baahubali a U/A certificate because of the blood and gore. In Britain they got a 15A. (suitable for 15 and over). Even in Britain, they remove four letter words or words like ‘bastard’. This is true of countries like UK, Malaysia, Australia, Pakistan. They don’t accept or allow such language or violence even for Hollywood films. They don’t allow blood to be shown which we do. The same producers who have a problem with us are happy to follow their (the foreign country’s) rules and release the movie. This is hypocrisy.

Your Board did not pass Lipstick Under My Burkha because of its feminist narrative of women exploring their own sexual identities.

But, even if we would have certified Lipstick Under My Burkha right away, Mr Prakash Jha would have challenged it. He just had to pick up a fight for his rights. Nothing wrong with that but why create so much negative publicity for CBFC? Whether it is Anurag Kashyap or Prakash Jha or Mukesh Bhatt, they all have a lot of time to release a picture. Their marketing plan is-first we will go to the Censor Board without fixing a release date. Then next we will claim that our movie has been refused a certificate. This is all content for the media and a marketing plan. I am also in the film industry and know how they are using the media.

All the movies that have come during my tenure have been passed but different films have had different journeys. Both Mastizaade and Kya Kool Hain Hum were each viewed six and five times respectively before they were passed but there was no hue and cry over it. Some people use it (CBFC’s cuts) for publicity others don’t. As for Lipstick Under My Burkha, the publicity committee has not yet approved its posters showing the middle finger, but it’s out there. This is anti-publicity (negative publicity).

You had problems with Udta Punjab and then the film was leaked after censor certification.

The film was leaked at around 11 a.m. By evening, I had the all the footage of the CCTVs in the CBFC office. We have CCTVs in each and ever room, they cover everything. There was no leak from our side.

That’s another marketing ploy. Anurag Kashyap gets his movies leaked by his own people. He wants to create a buzz, ki meri original picture yeh hai (that this is the original version). (Attacking) CBFC is a very good for the publicity of each and every film. You media people blow it out of proportion and my reputation is ruined.

Give me proof of one such film having worked at the box office. On the contrary, the industry has lost money. Anurag Kashyap and the films that he has been a part of — Bombay Velvet or Harramzade or Kutte or whatever they called–whoever has invested in those films has lost money.

But Indian culture is evolving-are you keeping up with social changes? Shouldn’t you view narratives from a more liberal lens?

We are modern but not westernized. The work that I am doing today is more liberal than the western countries. How much more liberal can we be?

I gave you the example of Baahubali 2—if he had promoted his film on the basis of all the cuts it would hardly help if it did not have good content. Another example from a time when I was not the Censor Board chief is Haider. Hamaara desh itna mahaan hai ki (Our country is so great that) even an anti-Indian film like Haider won a National Award. How much more liberal can we be?

Has the job of the CBFC changed as the industry has evolved?

Big films usually don’t pose a problem. For example, there was no cut in Dangal, none in Bajrangi Bhaijaan and even Jolly LLB- 2 was fine — certain technical issues cropped up because it was a court-room drama, but on matters of obscenity, vulgarity etc. it was okay.

Problems arise with arty, festival circuit films, which have different subjects, regional backdrops, stories, based on true events. They show it at festivals without permission (censor board certification) but problems crop up when it comes to public exhibition (theatrical release). Our rating system has only three categories- U, U/A and A. If the film does not fit into those categories then finally you have to refuse the picture or cut portions.

The media only publishes negative news around films because for positive news you have to tie up with Medianet where you have to pay 50 lakhs or so for 3-4 articles. If you want something published for free, then you need to have ‘wrong’ news: a romance, some negative report, these get you free publicity. Neither print, digital or television work without controversial news so CBFC cuts have become a big highlight. Today CBFC has become the promotion platform for producers who don’t have a major star cast and they have to create a buzz around them, or for those whose film is finding it difficult to get buyers. CBFC will remain in news, no matter who the Chairman is or what the system being followed is. 82 per cent of our films are passed without cuts but nobody is willing to talk about that.

How have you changed the processes at the CBFC?

Hundreds of certificates are being issued daily for promos and pictures in Mumbai alone. The middleman has been cut out completely. If a film is pending, then we give it due attention. The producer gets to know the status of his film once we have seen it. It’s exactly like the passport or visa process. With the Prime Minister’s vision of Digital India, this has been achieved. Now the producer just has to come and collect his certificate, show us the corrected version and it’s done.

You seem to have been greatly influenced by the PM.

Since childhood I was interested in watching leaders. During my childhood when Jawaharlal Nehru visited the city, wooden barricades were set up along the road and we would all await his arrival. Jawaharlal Nehru and Lal Bahadur Shastri also were remarkable leaders. After them we briefly saw the shining figure of Atal Behari Vajpayee and with him, L.K. Advani and Narendra Modi. Modiji is down to earth and makes a mark in everything he does. His body language is that of a leader. He has sacrificed everything for serving the nation, which, I think is admirable. Earlier dignitaries used to shake hands, but he has taught people to embrace which is the Indian way of greeting.

As a producer you made several films in the 80s and 90s full of innuendo and double meaning dialogues.

Those trends come and go like Bell-bottoms or tight pants. But, I am starting three movies soon. I am, and will always be a producer at heart.

Would you describe yourself as sanskaari, progressive or regressive?

I value Indian emotions and familial relationships like husband-wife relationship, sister -brother, father-son relationship. My wife is the President of the Maharashtra Equestrian Association. In our downtime, we spend time with our 18 horses at our farmhouse.

I have three sons and I never forced them to do anything. I have three granddaughters and three daughters-in-law from three different communities– French, Marwari and Punjabi. They are like my daughters. We discuss everything so how you can say that I am backward? We are a happy family- a combined family.

Priyanka Sinha Jha is the editor of Screen and the author of Supertraits of Superstars.