The Academy hailed the activist for standing up for "human dignity" during the 1973 Oscars. At the time, she was booed off the stage and faced a boycott over protesting the treatment of Native Americans. 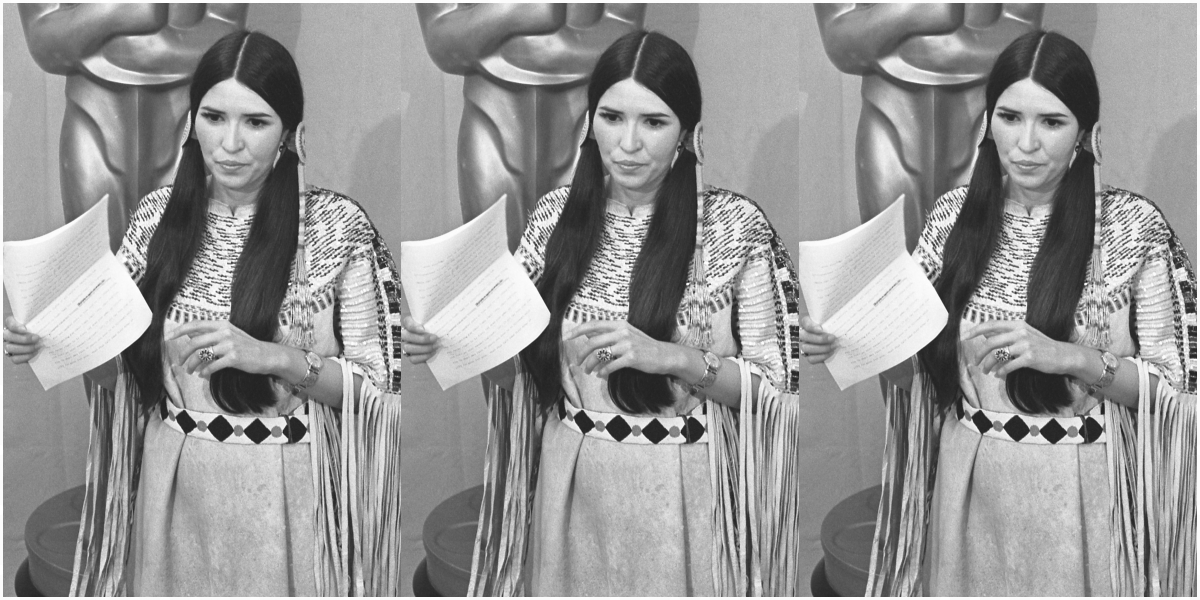 “Well, I made it. It took 50 years,” Native American actor and activist Sacheen Littlefeather on Saturday during a ceremony in her honour set up by the Academy Awards.

Nearly five decades ago, Littlefeather was booed off the stage during the 1973 Academy Awards, where she declined an Oscar on behalf of actor Marlon Brando in protest of the film industry’s mistreatment of Native Americans.

Late Saturday, however, 75-year-old Littlefeather was honoured by the same institution during an event titled “An Evening with Sacheen Littlefeather”. During the event hosted at the Academy Museum of Motion Pictures in Los Angeles, she took the stage amid thunderous applause and reminisced about her protest.

The event was streamed on the museum’s YouTube page, and featured live Native American performances.

Littlefeather, who is part Apache and Yaqui, took to the stage during the 1973 ceremony to explain why an absent Brando could not accept his best actor Oscar for The Godfather.

“He has asked me to tell you in a very long speech which I cannot share with you presently, because of time… that he very regretfully cannot accept this very generous award,” she said during the televised event.

Before the ceremony, Brando had reportedly decided that — as the favourite to win — he would boycott as a protest against an ongoing siege of indigenous rights protesters at the town of Wounded Knee, a site of the 1890 massacre of Native Americans. Brando was also opposed to the stereotypical way that Native Americans were represented in American films.

He had called Littlefeather, asking her to appear on his behalf and act as a spokesperson.

John Wayne, who was backstage at the time, was reportedly furious, with a number of witnesses describing how he needed to be restrained.

On Saturday, Littlefeather said that the Western star “was ready to attack me.”

“He had to be held back by six security guards,” she said.

Reflecting on the incident

In the decades after the incident, Littlefeather was mocked, discriminated against, and personally attacked for her brief Academy Awards appearance.

In a letter of apology that was read out during the Saturday event, the Academy said: “As you stood on the Oscars stage in 1973 to not accept the Oscar on behalf of Marlon Brando, in recognition of the misrepresentation and mistreatment of Native American people by the film industry, you made a powerful statement that continues to remind us of the necessity of respect and the importance of human dignity.”