Oscars 2021: An Important Year in the History of the Academy Awards

People of colour and women were much more visible in this year's nominations and awards. 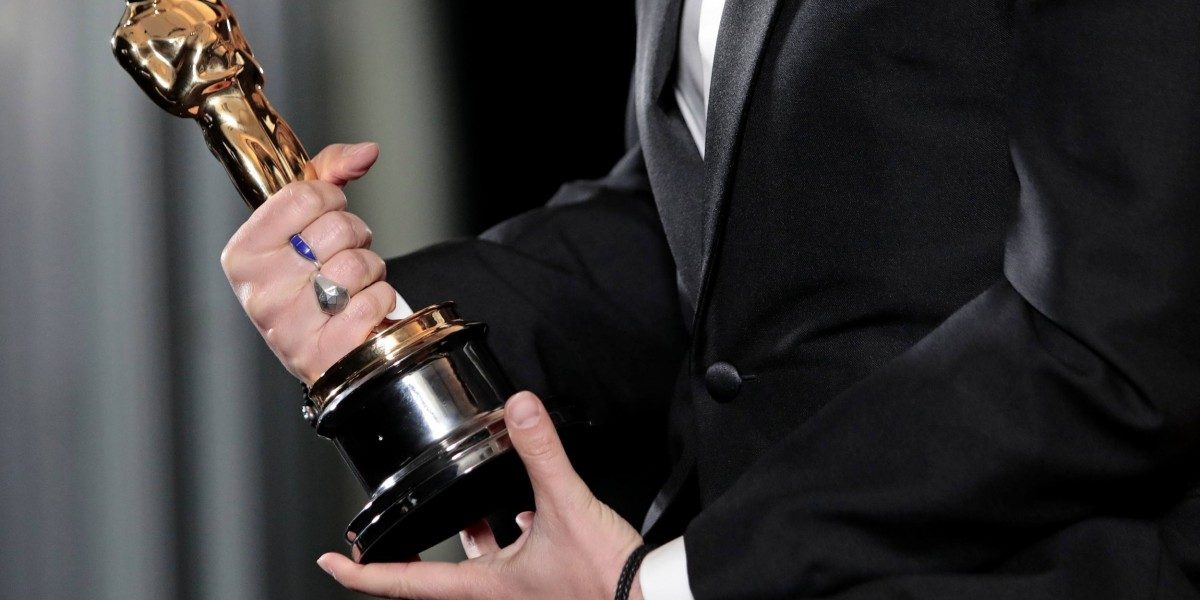 In the history of Academy Awards, its 93rd edition will stand out for several reasons. The ceremony was delayed by two months due to the COVID-19 pandemic. The auditorium wasn’t (literally) packed, as the guests maintained social distancing. Besides Dolby Theatre in Los Angeles, it added a new venue, Union Station. Unlike the previous versions, the 2021 Oscars didn’t end with the Best Picture but the Best Actor award. It was also a much scaled-down fare, largely devoid of fast-flying jokes, pomp and orchestral music.

Regina King, the director of One Night in Miami… nominated for three Oscars, opened the ceremony. “It has been quite a year, and we are still smack dab in the middle of it,” she began and spoke about the recent conviction of the Minnesota police officer who murdered George Floyd, which sparked nationwide protests in the middle of the pandemic last year. “We are mourning the loss of so many, and I have to be honest, if things had gone differently this past week in Minneapolis I might have traded in my heels for marching boots,” she said as the audience applauded.

Such an opening note, underscoring racial justice and inclusivity, may have seemed discordant for an award that was berated via “#OscarsSoWhite” on Twitter only a few years ago. The Academy absorbed that criticism, diversifying its members — a choice that opened up the awards to historically underrepresented groups: people of colour, women, non-Americans — culminating in Parasite winning the Best Picture last year.

The 2021 version, too, broke new grounds. No Asian American or Muslim had ever been nominated for the Best Actor award. That changed this year, with Steven Yeun (Minari) and Riz Ahmed (Sound of Metal) making the cut. It was the first time that two women — Chloé Zhao (Nomadland) and Emerald Fennell (Promising Young Woman) — were nominated for the Best Director award. Judas and the Black Messiah’s Best Picture nod held a historic significance, too, as it comprised an all-Black producing team.

Fennell won the Best Original Screenplay for Promising Young Woman, becoming the first woman to win the award since Diablo Cody for Juno in 2008. The acclaimed playwrights Christopher Hampton and Florian Zeller won the Best Adapted screenplay for The Father (based on the play written by Zeller, who also directed the film). Youn Yuh-jung, winning the Best Supporting Actress Award for her impressive turn in Minari, became the first Asian woman to win an Academy Award in 63 years. Daniel Kaluuya’s portrayal of the Black American activist Fred Hampton, in Judas and the Black Messiah, won him the Best Supporting Actor award. 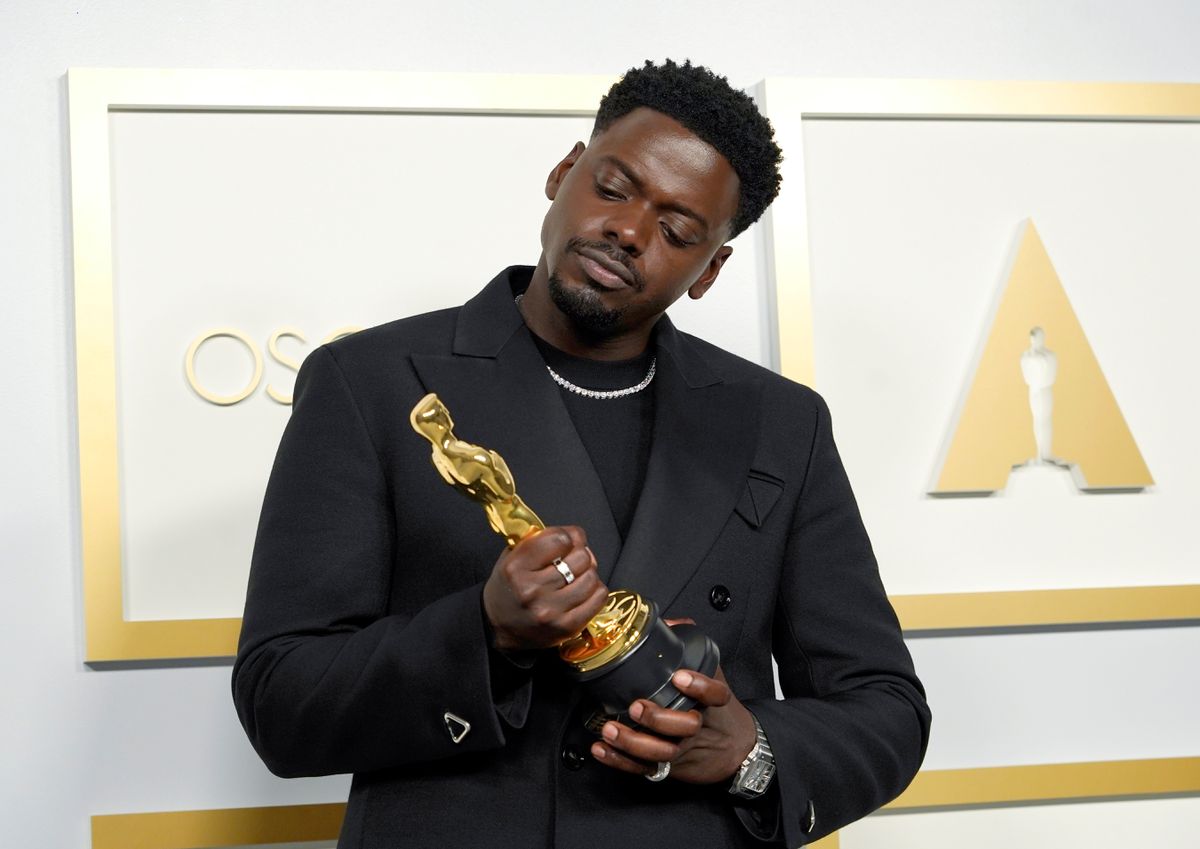 Daniel Kaluuya, winner of the Award for Best Actor in a Supporting Role for “Judas and the Black Messiah” poses in the press room at the Oscars. Photo: Chris Pizzello/Pool via Reuters

Soul won the Best Animated Feature. It is the first Pixar movie to have a Black co-director (Kemp Powers) and protagonist (voiced by Jamie Foxx). The animated film won another award for Best Original Score (Trent Reznor, Atticus Ross, and Jon Batiste). My Octopus Teacher won the Best Documentary Feature. Directed by Pippa Ehrlich and James Reed, the Netflix original chronicles the year-long experience of a documentary filmmaker and naturalist, Craig Foster, free-diving in a cold underwater kelp forest in South Africa, ultimately befriending a young octopus. Foster’s wife, an Indian documentary filmmaker and environmental journalist, Swati Thiyagarajan, was the movie’s production manager. “It’s incredible to be here at the end of a long road where we were making a film on the great African sea forest on the tip of Africa on a man and an octopus and here, we are at the Oscars,” she told The Wire. “Surreal and overwhelming.”

Colette became the first movie produced by a video-game studio, Facebook’s Oculus, to win an Academy Award. Similarly, the winners of the Best Makeup and Hairstyling award for Ma Rainey’s Black Bottom — Sergio Lopez-Rivera, Mia Neal and Jamika Wilson — became the first Black women to receive the honour in that category. Danish filmmaker Thomas Vinterberg, also nominated for Best Director for Another Round, won the Best International Feature Film award. The category was renamed last year (it was earlier called the “Best Foreign Film”), as the Academy members thought the term “Foreign” had become “outdated within the global filmmaking community”.

Even though the 93rd Academy Awards was a relatively restrained and sedate fare, it did have some jovial moments. When Brad Pitt, the executive producer of Minari, handed the award to Yuh-jung, she ribbed the actor, saying, “Mr. Brad Pitt, finally! It’s nice to meet you. Where were you when we were filming?” Seventy-four-year-old Glenn Close, nominated for her eight Academy Award, this year for Hillbilly Elegy, may have lost out to Yuh-jung, but she surprised everyone by, well, twerking to the 1988 single Da Butt song at the ceremony. Kaluuya cracked a joke while accepting his award — “My mum and my dad, they had sex. It’s amazing that I’m here! So, I’m going to celebrate that tonight” — which embarrassed his mother.

The Best Director award, given much earlier in this year’s ceremony, went to Chloé Zhao for Nomadland. Frances McDormand got the Best Actress, winning her third Oscar. Zhao’s drama won the Best Picture, too, collecting three Academy Awards, becoming the most awarded film this year. 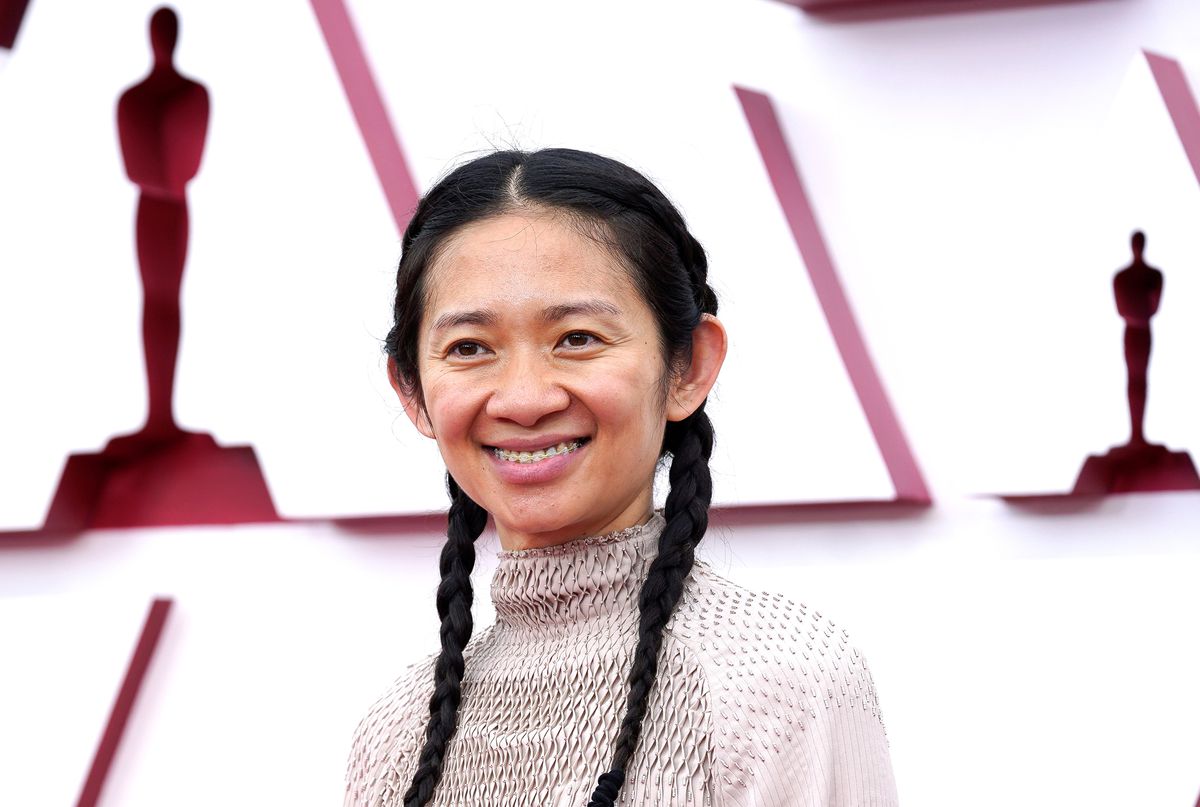 Joaquin Phoenix was called to present the last award of the night, the Best Actor. It went to Anthony Hopkins for The Father, making it his second Academy Award and the oldest actor to receive the honour. Hopkins, however, wasn’t present to collect the award, which was accepted by Phoenix on the Academy’s behalf. It was also one of the biggest surprises of the night, as many considered the late Chadwick Boseman to be the favourite (for Ma Rainey’s Black Bottom). The deceased actor winning the award would have also ended the ceremony on a poignant note (which, believed many, was the reason for this year’s changed format). But the Hopkins win, marked by his absence, gave the ceremony an anti-climactic finish.

The abrupt end unwittingly befitted a ceremony recognising cinematic excellence in one of the most devastating years in humankind history.