Do We Belong? tells the story of Srinivas Kuchibhotla, who was shot by a Navy veteran, as Donald Trump's administration continues to impose stringent restrictions on immigrants, especially those with H-1B visas. 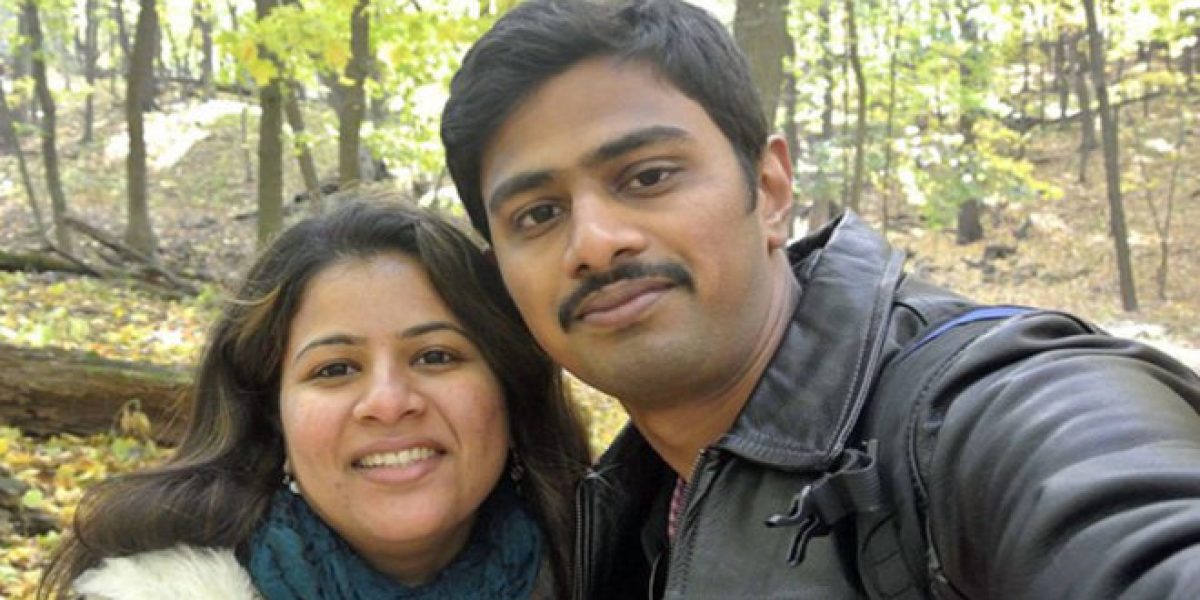 On the evening of 22 February 2017, Srinivas Kuchibhotla, an avionics engineer at Garmin, in Olathe, Kansas, was at his favourite haunt, Austins Bar and Grill. He was with his friend and colleague, Alok Madasani. They occupied their usual spot on the patio and ordered two beers; the bar was buzzing with people; the TV played a basketball game. It was, for Kuchibhotla and Madasani, a regular day after work — till they saw a man in a military outfit glowering at them. Seconds later, he was near their table, shouting, “Where are you from? Why are you in this country?”

“We are here legally,” Kuchibhotla replied. “We are on H-1B. We are from India.” The guy called them “sand niggers”, before saying, “We pay for your visas to be here. You need to get out of here! You don’t belong here!” His loud voice alarmed the other patrons. The man was first escorted out of the patio and then out of the bar. The bartender came out and apologised to Kuchibhotla and Madasani.

But that man, Adam Purinton – a retired US Navy veteran – entered the bar again. This time he had a gun. He stormed into the patio, shouting, “Get out of my country!” and opened fire at Kuchibhotla and Madasani. A bullet pierced Madasani’s leg; Kuchibhotla was shot at least thrice. Madasani survided, Kuchibhotla didn’t.

Less than a week later, on February 28, the same day when Kuchibhotla’s final rites were performed in his hometown, Hyderabad, his wife, Sunayana Dumala, posted a note on Facebook. “We were planning to expand our own family and had a doctor’s appointment just a few weeks ago,” it said. “I am writing this as it sinks in that this dream of ours is now shattered. I really wish we had a child of our own, in whom I could see Srinivas and make him like Srinu.” The note ended with a question, hanging precariously between an earnest appeal and indignant anger, “Do we belong here?”

That question still remains unresolved, with the Donald Trump administration imposing stringent restrictions on immigrants, especially those with H-1B visas, whose beneficiaries included Madasani and Kuchibhotla. That question is also the title of a new short documentary, featuring Dumala, detailing the aftermath of Kuchibhotla’s death.

Do We Belong?, directed by Sofian Khan, takes us to Dumala’s home in the suburbs of Olathe, where she talks about her husband, her newly married life and their hopes in America. “This house was his dream,” she says. “Srinu comes from a middle-class family. To be able to build our own house was a huge accomplishment for him.” For the next few minutes, the documentary isn’t about the tragedy but about memories, love, and, most importantly, Srinu. The engineer who cared for his job, the friend who enjoyed happy hours in bars, the blithe spirit who liked to dance — “he’s known as Amitabh Bachchan for his moves”. Even months after his death, when Dumala talks about Srinu, she sometimes slips into the present tense: “He’s into sports. He’s into politics. He’s a hardcore engineer — he’s everything.”

Khan, a documentary filmmaker, had been following the story closely. “I knew that it was big in India,” he told me over a Skype conversation. But he was surprised to find out that it hardly created any impact in the US. “I felt like, ‘this is crazy. This is such a big story and people have little awareness of it.’” Then, one day, he picked up a copy of Wired magazine at an airport. The magazine had a long affecting piece on Kuchibhotla’s life and death. “I remember reading it on the flight and trying hard to not break down amid people,” he says. “It was intense.”

That was when Khan felt a “personal connection with Srinivas’ history”, in the way “he sounded — his motives of coming to the US and just what a sweet person he was.” Like Kuchibhotla, Khan’s father was an immigrant and an engineer. Born in Pakistan, he came to the US in the early 1980s to work in financial software. So Kuchibhotla’s ambition and work ethic felt familiar. So did the “descriptions of Srinivas’ positive nature and playful humour”. There was a sense that Khan “somehow knew him”.

By the time Khan approached Dumala, he was working on a “longer documentary about hate crimes and Islamophobia,” he says. Khan was following a lot of stories – “mostly focused on Muslims” – but he felt it was also “important to include the stories of other groups who had been targeted”, especially those who were “mistaken, or perceived, to be Muslims”, like Kuchibhotla, who was mistaken for an Iranian.

But after talking to Dumala, Khan wanted to make a standalone film, one that felt personal and not overtly political. “Obviously people watch it and feel that it’s part of the movement,” he says, “where immigrants are being targeted and singled out, but at the same time, it’s also a really personal story.”

Do We Belong? changes track seamlessly – from portraying Kuchibhotla’s personal life to Dumala remembering about that evening. She had come home from work, was looking forward to making tea and drinking with Srinu, as always. She called him; it went to voicemail. She thought, “Ah, happy hours.” Then, while scrolling Facebook, she saw the news of shooting at Austins. “That’s when I started getting frantic and anxious and restless,” she says. “I was so scared to even read something about the incident, because I was afraid that they may have mentioned some names – and I was like, ‘Nothing should happen to Srinu; nothing should happen to Srinu.’” 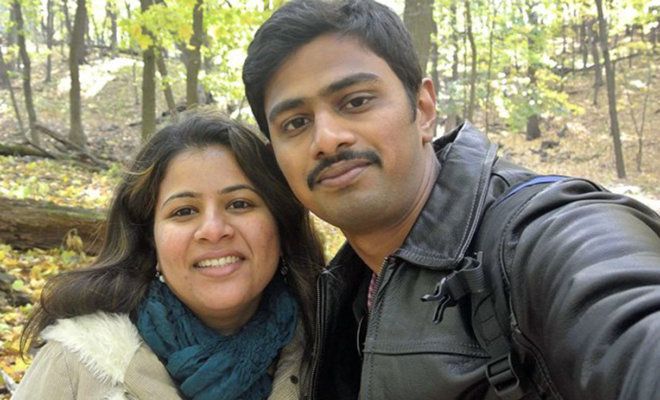 The documentary gets under your skin in scenes like these, gently unfolding the effects of a brute crime. And then it soars further, taking a panoramic view of hate crimes in the US. “Many times these issues are only talked about for a few weeks,” the white text on the screen reads, as Dumala speaks in the background. “And people tend to forget about them afterwards. But the fight must go on … towards eradicating hatred from the minds of people. What is the government going to do about the hate crimes?”

As a Muslim, Khan is familiar with hate crimes or, broadly, Islamophobia. But growing up in New York, a relatively “progressive and tolerant” city, he didn’t have a strong sense of it, not till 9/11 happened. “Then it became a part of everyday life,” he says. While shooting a music video in 2005, in Queens, he was stopped by a construction worker who thought he was a terrorist. That incident – an overt case of Islamophobia – was an outlier. But since and before then, Khan has been all too familiar with its subtle versions. “It’s in the workplace,” he says. “I’d find myself working on a production and I’d be the Muslim guy and asked questions” – and elsewhere too, like other Muslim Americans who have “become the people to answer for Islam”. 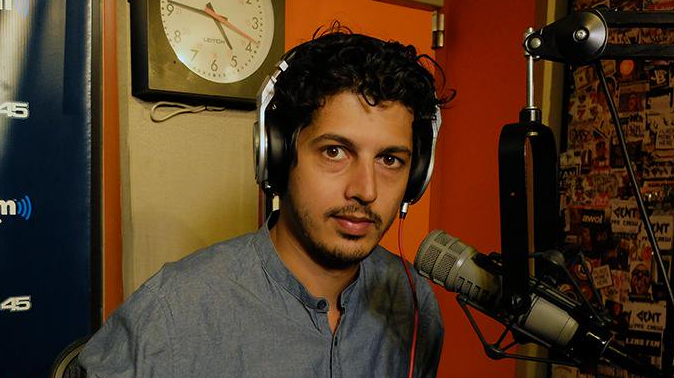 Living in such a “reactionary moment”, in times of Brexit and white supremacy, when calls for isolation have intensified, Khan has felt compelled to document this phase. He made An Act of Worship, a short documentary on travel ban, last year, a piece that got a lot of “negative comments from people”. Do We Belong? emerged from a similar urge.

Dumala’s response was not very different. A year after Kuchibhotla’s death, she partnered with her employer to create a non-profit, Forever Welcome, to combat hate crimes. On Kuchibhotla’s 34th birth anniversary, Dumala gave a speech on the campus of Garmin. “We miss having you here,” she says. “I’m thinking you’re with the Wright brothers, explaining them about the autopilot systems with a glass of scotch on the rocks.” The camera then cuts to Dumala walking with hundreds of people, some of them holding hands. Her voice appears in the background: “Me and Srinu believed this is our home, this is where we belong. And all of this was cut short because of one person’s ignorance. That’s what made me ask the question: Do we belong here? The way the community came forward – for so many of them to show so much of love for us. I think that’s what made me find my answer.”