The photography is haunting, and the movie comes into its own when it captures the minuteness of the moment.

A still from 'Yeh Ballet'.

Like Gully Boy’s Murad (Ranveer Singh), Yeh Ballet’s protagonist, Asif (Achintya Bose) is a young, poor Muslim in love with hip-hop. Like Murad, he lives in a Mumbai slum. Even their dwelling’s designs – a two-tiered hovel connected by a stair – are similar. (Both films have dialogues by Vijay Maurya.) Further, like Murad, before making a name for himself, Asif needs to win a crucial battle at home – his uncle disapproves of his interest in music, considers it “haraam”.

Ditto the other hero Nishu (Manish Chauhan), who, an exceptional dancer, comes from a poor family, contending with an apathetic father. It’s remarkable that these characters, both in Yeh Ballet and Gully Boy, find their roots in real-life stories. For long, pursuing a career in the arts seemed reserved for the privileged. But young India is pushing back. Standing on the edge of abyss, it is not afraid to dream.

The Whiplash similarity is equally intriguing. Both Asif and Nishu land up at the Mumbai Dance Academy, where the chief instructor, Saul Aaron (Julian Sands), has recently arrived from the US. Temperamental, impatient and demanding utmost dedication to the craft, Saul cuts a Terence (J.K. Simmons)-like figure, the fiery instructor in Whiplash. But for Andrew, the hero of Whiplash, an abusive teacher was the main worry. Contrast this to Asif, whose close friend died carrying out a job for a local gang. Or Nishu, whose father, a taxi driver, keeps scolding him to not forget his real obligation. Amid these obstacles, how much of a threat can a rude teacher be?

Even at the level of narrative novelty, Saul is a welcome addition. Through him, Taraporevala cuts through the East-meets-West clichés. Saul has no patience for Indian niceties; the loud neighbours irk him, the unprofessionalism at large – the lack of planning, the very Indian ‘chalta hai’ attitude – doesn’t sit well with him, either. Yeh Ballet then locates itself in the midst of inter- and intra-cultural differences.

But ideas are one thing, execution quite the other. Sands constantly struggles to distill Saul’s exasperation and angst — a sense of feeling lost and helpless – so much so that scenes centred on him yank you out of the story, make you wonder what they could have been. Besides, Sands doesn’t have a commanding screen presence, so him being a hard taskmaster hardly comes across. The potential tension in many scenes, as a result, don’t quite fructify – there’s a bathetic quality to them holding the film back.

Also read: The Journey of Two Mumbai Boys Into the World of Classical Ballet

Chauhan’s Nishu’s initial sincerity and candour is striking in a film filled with cynics. But even when his life undergoes a series of transformations, his dialogue delivery and mannerisms barely change; his one-note acting does a great disservice to Nishu, whose story is quite moving.

Compare Sands and Chauhan to a firecracker of a performer, Bose, whose Asif feels alive in every frame. Bose’s Asif is funny, animated, resilient. He’s scared at one moment, hopeful the other – identifiable qualities that make him well-rounded. Yeh Ballet needed such acting finesse. More so because the movie, inspired from an affecting real-life story, lends itself to natural poignancy. You have to see Maurya’s acting in just one scene, where he sees his son’s ballet performance for the first time, to understand the difference a good actor can make. 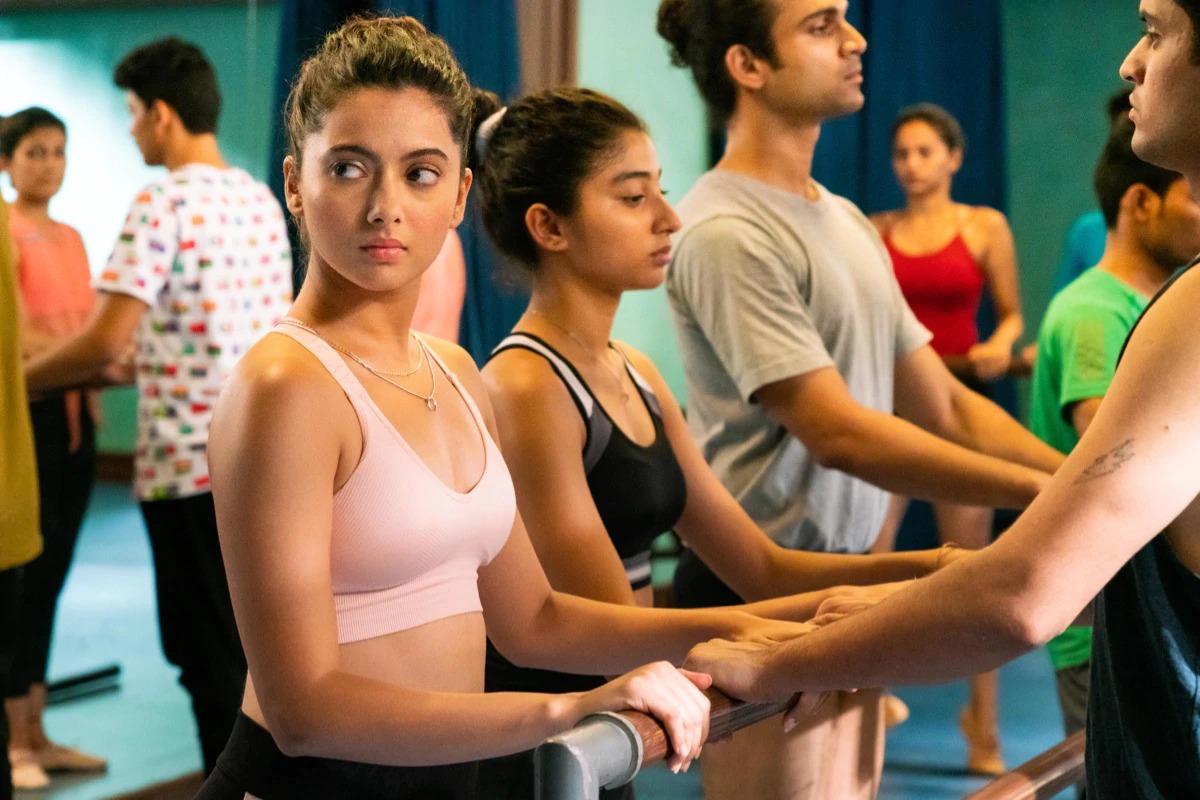 A still from ‘Yeh Ballet’.

Besides, it’s ironic that a movie centred on a lyrical dance form, ballet, lacks some of that crucial lyricism itself. Yeh Ballet’s initial portion is cut in a quick, jarring fashion, but even when ballet enters the picture, the movie hardly acquires its centrepiece’s rhythm.

Even a crucial plot transition, Saul taking Asif under his wing, lacks a credible reason. Saul himself tells Asif before handing him a pair of ballet shoes: “Even though you don’t work and don’t deserve.” Then there are other quibbles, such as a song, ‘Gheuntak’, popping up randomly, a flashback repeating and spoon-feeding information the audience can easily recall – a staple Bollywood device ill-suited, even at the level of form, to this restrained production.

The movie, though, comes into its own when it’s trying to capture the minuteness of a moment. The scenes where Nishu’s affluent batchmate, Neena, is teaching him ballet, for instance – as if hinting that only art can bridge the class divide, and how difficult such a pursuit is.

The haunting, evocative cinematography (by Kartik Vijay) framing Nishu’s isolation: when rendered homeless, he has to live in the dance academy’s basement, shower with the leftover water from the air conditioners. Or the best portion in the film, where the boys try to balance art with life: Asif practicing ballet poses in the slum while standing in queue for water, Nishu stretching his arms and legs like a ballerina while mopping floors and glasses, Asif oscillating his legs in a local train. These scenes remind you of the potential Yeh Ballet had.