'Bombay Rose,' a Significant Debut, Is Not Just Another Film Set in Mumbai

The film bares all, neither smoothening nor heightening the glaring contrasts of live and love in the maximum city. A still from 'Bombay Rose'.

Native Portugal speakers are divided on the English translation of the word “saudade”. A large portion of them think that it can’t be translated, for it is complex and nuanced; some think that it means, “the nostalgia for something you never had or that never existed”.

Some words are more eloquent than others, representing meanings and feelings. While watching Bombay Rose, I, more than once, tried processing my own emotional response to the film.

The main reason for that was a character called Shirley (Amardeep Jha). A school teacher, widowed and lonely, who once acted in films, she talks to her deceased husband — or rather, to his hat resting on a chair — reminiscing about their younger years.

Shirley’s memory comprises old Bombay, Hindi cinema, and the slow seduction of melodies such as Aaiye Meherbaan. I’m not old enough to have lived through such a time, and yet I was moved by those scenes in a way I found it hard to articulate.

At one level, my reaction felt absurd: How can you register the loss of something you never had? Yet, at another, it felt natural, almost intuitive: saudade.

Gitanjali Rao’s directorial debut, Bombay Rose, playing at the 21st Mumbai Film Festival, is that kind of a movie. It may seem underwhelming if you primarily care for a dense plot — or a clever narrative structure — but if you’re looking for ways to enter a new emotional experience, then it will unfurl the richest red carpet for you.

What is the ultimate goal of stories, themes, technical finesse — and other aspects of cinema — anyway? Isn’t it to make us feel a certain way, to make us feel alive in the tiniest and the grandest ways possible? In a world held hostage by constant emotional numbness, cinema is our cheat code. 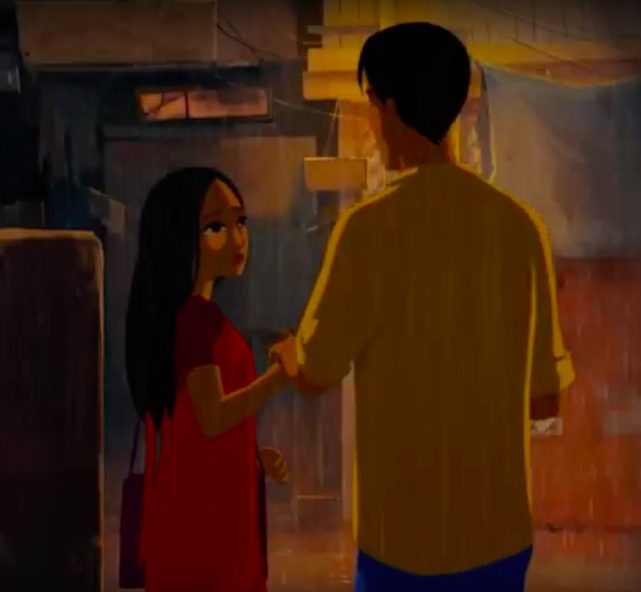 Bombay Rose’s cause, however, isn’t helped by its middling, misleading trailer. As it may have made you believe, it does not just revolve around Salim (Amit Deondi) and Kamala (Cyli Khare), two migrants of different faiths; it is not just a love story.

Other significant strands bind the film, too, such as the subplot centred on Shirley and Anthony Pereira (Shishir Sharma), the owner of an antique store trying to woo her; Kamala’s younger sister, Tara (Gargi Shitole,) and a street urchin; Kamala and Tara’s grandfather (Virendra Saxena) who owns a roadside repair shop; and finally, the city itself, Bombay — one captured in so many films and books that you think that another love letter would feel redundant and futile and yet, somehow here, it doesn’t.

The Maximum City’s constant reinvention, in this regard, is both an ode to its perpetually evolving ethos — ever expanding and embracing — and to the people who can’t help fall for it.

These emotional meanings perhaps wouldn’t have materialised if not for the film’s form: hand-painted frames, by 18 artists, animated on computer, giving the film a distinctly warm, nostalgic feel. The form, though, is just the starting point; it’s remarkable what Rao does with it.

Also read: With ‘Veere’, the Women of Mumbai Cinema Are Taking Back Their Power

Bombay Rose revels in some ingenious scene transitions. Rao, especially in Kamala’s segment, uses a mundane real-life element to cut to a more mythical, dream-like story, set in a world, which seems like, centuries ago. It also makes thematic sense: for someone like Kamala, an impoverished florist, fantasy and stories make sense to her in the way life didn’t.

We don’t turn to art just for aesthetic pleasures; sometimes it’s all we have.

But Rao, who has worked outside the film industry for the last one-and-a-half decades and recently stated that “Bollywood doesn’t inspire me in any way”, doesn’t have condescension for popular cinema. In fact, she understands its appeal and charm, and doesn’t reduce it to a kitschy plot device. A still from Bombay Rose.

Rao, however, is as interested in real-life — its rhythms, details, and nuance — as she is in fantasy.

Each frame of the film comes alive with endearing precision.

Just consider a mundane setting in the film: a paan shop — the lighter, tied to a thread, hangs from its ceiling; the camera spends time with the shopkeeper as he makes paan, lining the betel leaves with catechu paste, sprinkling betel nuts on top.

And when Salim lights a cigarette in haste, its rim gets blackened.

These details aren’t trivial. They tell us that Rao cares, and we care because she does.

But Bombay Rose isn’t just about love or nostalgia or artistic dexterity or little leaps of desire; the film’s also cheeky, slyly commenting on fandom, celebrity culture, and film form.

Also read: 70 Years Ago, ‘Mahal’ Gave Us an Early Glimpse of Gothic in Bombay Cinema

When Kamala finds out a shocking piece of information, she turns around and the camera focusses on her face thrice, as if it’s an Ekta Kapoor serial. Raja Khan rams his car into a pedestrian (like we know who).

But more importantly, who voices him in the movie? Anurag Kashyap. (Kashyap ranted against Salman Khan on Twitter a few years ago; his younger brother, Anubhav, directed the star in Dabangg, before the two of them fell out.)

Bombay Rose is a significant debut. By setting her eyes on both macro and micro, Rao shows us the ticking minuteness of daily life, and a wonderful exemplification of how places can be people.

Like most lovers, Salim and Kamala hide crucial facets of themselves from each other, scared that they’ll appear less favourable to their partners.

But Bombay Rose neither embellishes nor smoothens; it bares it all instead, like a heady love letter unafraid of being judged.