For all those queuing outside halls at 6 am today, the Russo brothers made the pilgrimage worth it. 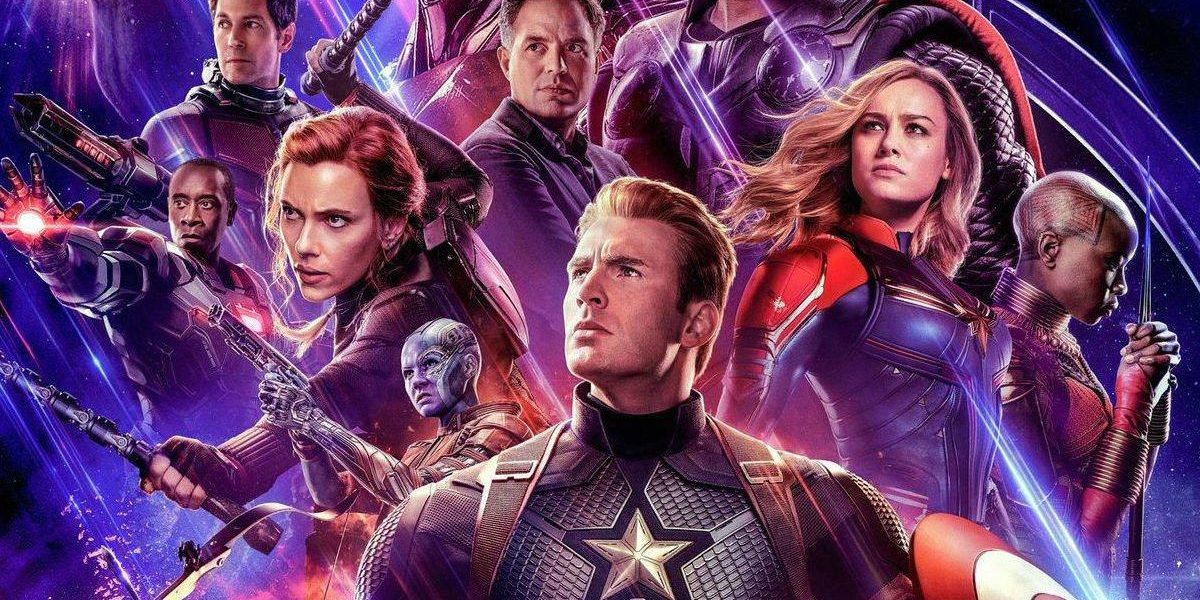 A poster for 'Avengers: Endgame'.

It is not every day, or indeed every Friday, that movie fans queue up outside a Connaught Place multiplex at six in the morning. But they did today, for a houseful show, for a film that had nothing to do with Bollywood. The anticipation surrounding Avengers: Endgame, the final film in the series, rivals the reactions to a Rajnikanth movie. For a film that has so many A-listers that its poster struggles to accommodate all of them, with a marketing budget eclipsing $200 million, the Avengers series has come to resemble a mini movie industry.

The hype around Endgame can also be attributed to its prequel, Avengers: Infinity War, a rare, bleak superhero film, which bumped off some renowned characters from the Marvel Cinematic Universe (Loki, Spider-Man, Doctor Strange, Black Panther), a move signalling not just a fearless approach, staying true to the story at all costs, but also a willingness to challenge the audience: denying them the ultimate gratification superhero films are usually known (and derided) for.

As promised by its prequel, Endgame unfolds in an apocalyptic world, where the intergalactic despot Thanos (Josh Brolin) has decimated half of all life across the universe, reducing the cities to mass graves. “Five years later”, the Avengers decide to use quantum realm – a “time heist” of sorts – to go back in time, retrieve the Infinity Stones, and avert the disaster.

Also read: As ‘Avengers: Endgame’ Releases, Here is the Story of the Original Iron Man

This sounds like a simple, functional plot (slightly contrived, even) and looks like a weak attempt to tie the loose threads. But the ingenuity of the ‘time travel’ ruse is soon evident – a plot point that not just services the story but also comforts its huge fan base in a way that compromises neither. It is the cinematic equivalent of doing a tightrope walk with greased feet – and the directors, the Russo brothers (Anthony and Joe), are in full command, displaying impressive confidence and aplomb.

The Avengers split into several groups for the mission, travelling to different cities and planets – New York, Vormir, Morag – in a time sweep stretching from 1970 to 2014. In various past worlds, the superheroes encounter different versions of themselves, fighting in essence their own selves to reach their goals: a set-up both inventive and intriguing. And more crucially, the guise of time travel – transporting the audiences to worlds where the major characters are still alive – allows the filmmakers to amp up the spectacle. When the film begins exploding into giant action set pieces, the major superheroes are present on screen: a literal embodiment of the ‘best of both worlds’.

A more cynical interpretation would be to say that the plot has been reverse engineered, in a bid to garner maximum footfalls, but it doesn’t feel like that; it appears clever rather than manipulative or lazy. The time travel device also gives the finale much-needed emotional heft – especially in scenes centred on Thor (Hemsworth) and his deceased mother – recasting relationships in a new, unexpected light. The humour here – pleasant and self-aware – plays a crucial role in tonal variation, making the film a shape-shifting beast that doesn’t cease to surprise or delight.

That said, though, Russo brothers, in line with the franchise’s tenor, mould Endgame into giant blocks of scenes – replete with their own story arcs – that, at times, elicit a monotonous ‘this happened, then that happened’ feeling. It’s never easy to mount a multi-starrer with nearly half-a-dozen subplots and, at 181 minutes, Endgame doesn’t run out of dramatic steam. Yet this sprawling material could have benefitted from an incisive, ingenious approach, liberating it from its staid structure, offering the audience a chance to see this world anew.

But the cheering, applauding fans at the multiplex had almost no reasons to complain. The film enraptured them throughout – any unexpected appearance by a major character resulted in audible exclaim — with many of them sitting through the long end credits in the hope of seeing one last scene (as had happened in the last three films). Sincere devotion shouldn’t be punished, and even though that anticipated scene never came, the Russo brothers made the early morning pilgrimage worth it.