'Milestone' Review: A Bleak Drama on Living in a Cruel Zero-Sum World 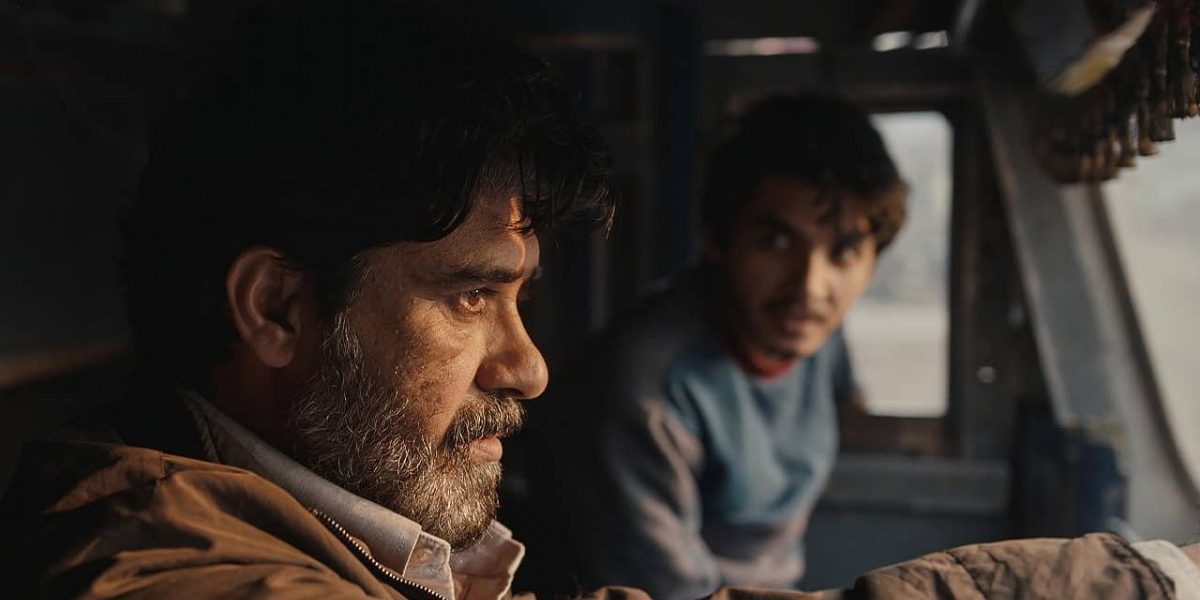 A still from 'Milestone'. Photo: Netflix

Ivan Ayr’s second feature, Milestone, streaming on Netflix, opens to a truck driver, Ghalib (Suvinder Vicky), loading goods in his vehicle. The transportation company’s workers are on a strike, leaving him to do the strenuous labour. Ghalib is middle-aged — ageing faster than he’d have liked — and the heavy lifting sprains his back. But a bigger wound festers inside: his wife recently died by suicide — presumably because of their strained relationship.

He meets a new young recruit, Pash (Lakshvir Saran), who, starting as his intern, is expected to replace him. Ayr’s drama depicts a decaying world, where people are dispensable commodities, devoid of absorbing ears or helping hands. In this man-eat-man setting, Ghalib — recognising his flaws, embracing his virtues — is trying hard to be moral.

But he also lives in a cruel zero-sum world. When your gain is someone’s loss, then how do you exercise empathy? If the only path to salvation is littered with dead bodies, then do you walk it or not? And if such ends are impossible, then what does that say about the noble pursuits — are they deluded, futile, or commendable? Ghalib, by most accounts, is aware and compassionate. But it doesn’t even occur to him that the workers’ strike, causing him significant discomfort, may have its own reasons. It also didn’t strike this man of the world — cocooned among journeys and milestones — that he was ignoring his ultimate destination, his wife.

Homelessness is a recurring motif in this drama. Ghalib was born in Kuwait, to a truck-driving father, but left the country due to Iraq’s invasion. (The film takes less time than the previous sentence to convey that point. Ghalib simply asks Pash, “Have you heard of Saddam Hussein?”) Ghalib lives in Delhi, but his locality and workplace — devoid of identifiable geographical markers and suffused with generic industrial ambiance (muddy roads, numerous trucks, toiling bodies) — look as rootless as him. When he visits his pind, however, an old villager taunts him for being a “shehri”, a city slicker. Ghalib is a true milestone, neither here nor there.

So are the other characters. His wife Etali, hailing from Sikkim, used to miss her village. His neighbour is a Kashmiri woman. When Ghalib meets the trade union chief, presumably a Bihari man, he expresses concerns about the workers’ homes ravaged by floods. Their boss rues that he built “quarters” for his employees — and adds, “I can kick the bastards out at the snap of a finger.” Even Pash’s desperation is linked to his temporary home: His sister pays his rent. Ghalib’s house is a portrait of heart-breaking solitude: the walls are dying blue, the rooms are desolate, and the determined ticking of a clock is the only prominent presence.

Milestone tells two interconnected stories: a man deserting the world, and the world deserting a man. The former is personal — the death of his wife, the absence of home, the resigned acceptance of perpetual isolation — and the latter work-related: the callous boss has fired his close friend and a fellow trucker, Dilbaug; disconnected workers from the rest of the drivers; and laid the foundation to discard Ghalib, driving the final nail in the isolate’s coffin. One by one, all his people have disappeared. So will Ghalib one day — and no one will notice. (If you think this story is only local, then consider this: Silicon Valley has been known for rampant age discrimination for decades.)

But solidarity eludes those who need it the most. Dilbaug gets drunk after getting fired and fights with Ghalib’s neighbour. Ghalib wants the strike to end as soon as possible. He’s also cold towards Pash. Iyr understands the lopsided modern society — where the real battle is not between the rich and the poor but the poor and the poorer (a pertinent motif realised with unflinching power in Parasite) — that exacerbates desperation. Which leads to the film’s abiding concern: the pervasive indifference among people.

When a drunk Dilbaug spills his guts in front of Ghalib, he stops to ask: “Do you know anyone who listens to you?” Ghalib keeps quiet; the clock continues to tick. The trade union chief poses a similar question, “Even if people don’t understand or know our plight, can’t they at least ask us [how we are]?”

Ghalib doesn’t have an answer because, despite his compassion, he couldn’t listen to his own wife. By tying his personhood — and worth — to his work, Ghalib had to relinquish a core part of his self. “I do this job because this is who I am,” he says at one point. “My misery lies in the fact that this is all I am.”

There’s no poetry in Ghalib or Pash’s lives — the intense scramble for (bare-minimum) dignity has drowned out everything else. Milestone, then, portrays a terrifying world of disembodied people — people who can’t see, listen, or feel; people who are drowning yet resenting those putting up a fight; people who have ventured so far from themselves that they can’t see the destination, only a series of milestones.

Also read: ‘The Disciple’: A Meditative Enquiry Into the Hypocrisies of Tradition

Ayr has made another assured drama after Soni. The cinematography (by Angello Faccini) is economic and immersive. The camera is often stationary. By annulling distraction, it not just records but also ‘listens’. And when the characters move, it follows them. The sound design (by Gautam Nair) is even more impressive, complementing the cinematography and production design. Even when some visual elements are not in frame, they still register their presence — such as the howling of dogs, the crowing of roosters, the wailing of sirens, in the transportation company’s parking lot; or the gamboling children and the ticking clock heard from Ghalib’s home — adding aural depth to even regular scenes. Sometimes the sound appears before the visuals. Ghalib’s truck, later in the film, produces a piercing jarring noise; we understand the reason a few seconds later: the novice driver, Pash, is sitting behind the steering wheel for the first time.

The climax of any bleak drama needs to strike an intricate balance between comforting hope and uncompromising realism. Even a slight excess makes the film either monotonous or disconnected. Ayr walks that tightrope with impressive aplomb. Ghalib’s world hasn’t transformed for the better all of a sudden — in fact, it’s barely changed — but in the last scene, as he’s in the truck, the skies open and a stranger picks his call. A small conversation begins, as the rain provides welcome relief — and some excuse for a longer chat. Maybe it’s a sign. Maybe it’s a beginning. Maybe the eternal traveler has found a milestone that dignifies the rest of his journey.