Merle Oberon, a Hollywood Star From India Who Wanted Her Roots Forgotten

Oberon's first big break came from Sir Alexander Korda – a filmmaker she would later marry – who cast her as Anne Boleyn in The Private Life of Henry VIII. 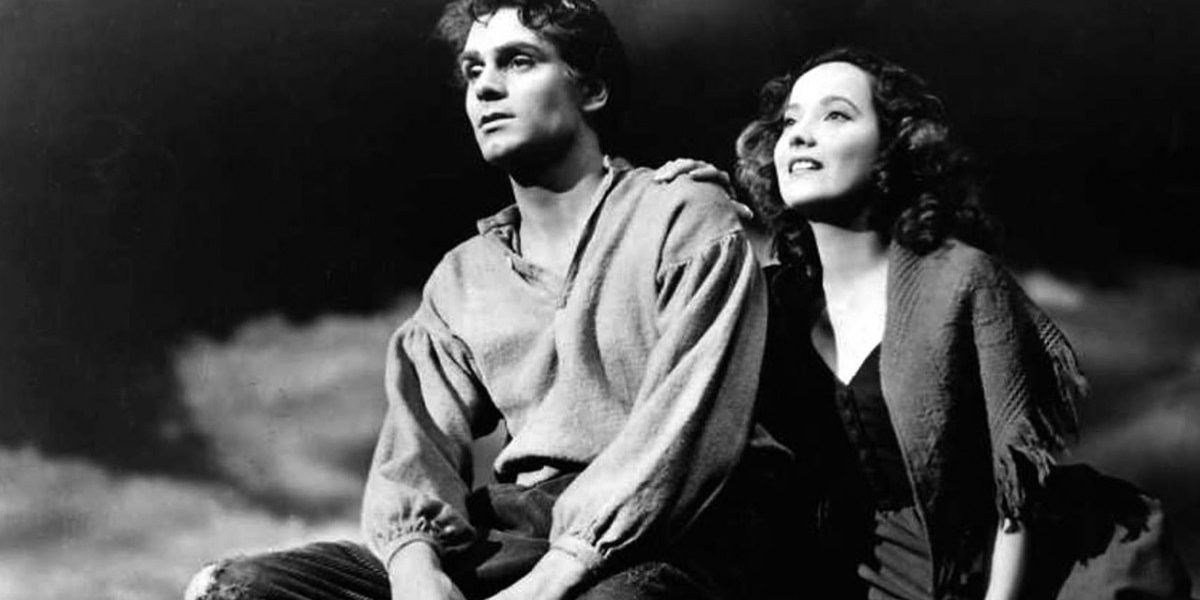 This article was originally published by BBC and is republished here with permission.

Merle Oberon, a Hollywood star of the black and white era, is a forgotten icon in India, the country of her birth.

Best-known for playing the lead in the classic Wuthering Heights, Oberon was an Anglo-Indian born in Bombay in 1911. But as a star in Hollywood’s Golden Age, she kept her background a secret – passing herself off as white – throughout her life.

Mayukh Sen, a US-based writer and academic, first stumbled across her name in 2009 when he found out that Oberon was the first actor of South Asian origin to be nominated for an Oscar.

His fascination grew as he saw her films and dug deeper into her past. “As a queer person, I empathise with this feeling that you must hide a part of your identity to survive in a hostile society that isn’t really ready to accept who you are,” he says. Sen is now working on a biography to tell Oberon’s story from a South Asian perspective.

She was born Estelle Merle O’Brien Thompson in Bombay (now Mumbai) in 1911. Her mother was part-Sinhalese and part-Maori while her father was British.

The family moved to Calcutta (now Kolkata) in 1917 after Oberon’s father died in 1914. She got her start in acting through the Calcutta Amateur Theatrical Society in the 1920.

In 1925, after watching her first film, a silent movie, The Dark Angel, Oberon was inspired by its star, Vilma Bánky, to become an actress, according to Sen. She left for France in 1928 after an army colonel introduced her to director Rex Ingram who gave her bit parts in his films.

Oberon’s mother Charlotte Selby, who had darker skin, followed her as her maid.

A 2014 documentary called The Trouble with Merle later found that Selby was, in fact, Oberon’s grandmother. Selby’s daughter Constance had Oberon as a teenager but the two were reportedly raised together as sisters for some years. 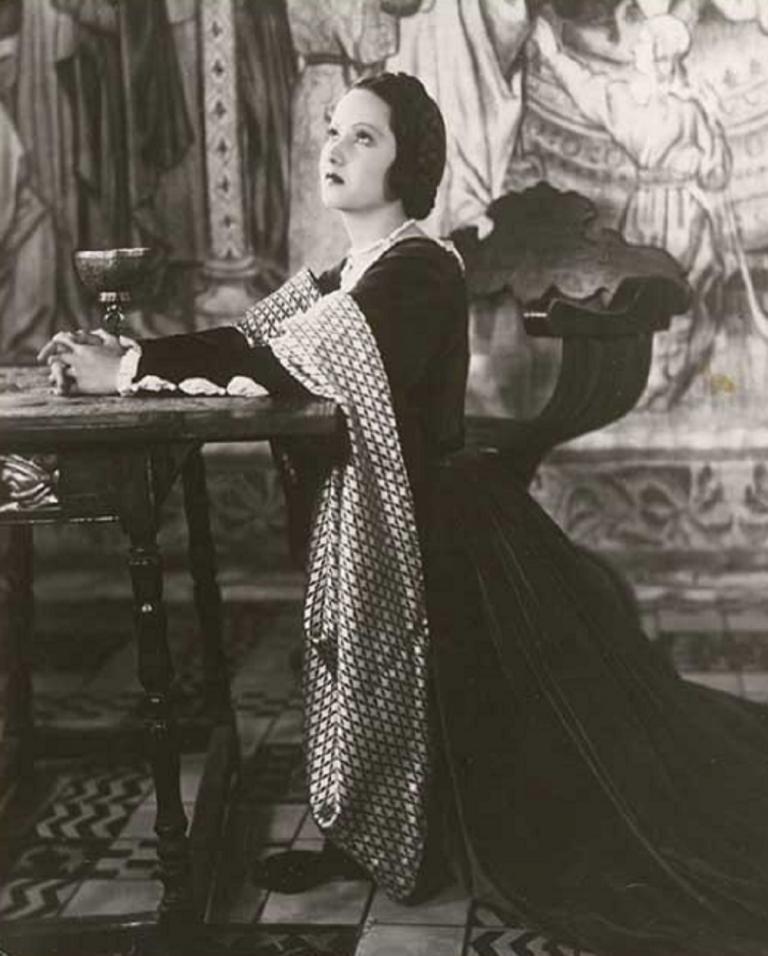 Merle Oberon in ‘The Private Life of Henry VIII’.

Oberon’s first big break came from Sir Alexander Korda – a filmmaker she would later marry – who cast her as Anne Boleyn in The Private Life of Henry VIII (1933).

Publicists for Korda reportedly had to invent a background story to explain her race.

“Tasmania was chosen as her new birthplace because it was so far from the US and Europe and was generally considered to be ‘British’ to its core,” Marée Delofski, director of The Trouble with Merle, wrote in her notes on the documentary.

Oberon was passed off as an upper-class girl from Hobart who moved to India after her father died in a hunting accident, Delofski said.

Oberon, however, soon became an intrinsic part of local lore in Tasmania and, for the rest of her career, Australian media followed her closely with pride and curiosity. She even acknowledged Tasmania as her hometown but rarely mentioned Calcutta.

But Calcutta remembered her. “In the 1920s and 1930s, there were passing mentions of her in the memoirs of a lot of Englishmen,” journalist Sunanda K. Datta Ray says.

“People claimed she was born in the city, that she was an operator at the switchboard of the telephone exchange and that she won a contest at Firpo’s restaurant.”

As she bagged more Hollywood films, Oberon moved to the US and in 1935 was nominated for an Oscar for her role in The Dark Angel.

But it was her performance in 1939’s Wuthering Heights, opposite acting legend Laurence Olivier, that cemented her place in the industry.

Also read: ‘Bridgerton’ Brings the Regency Novel Back Into Fashion – But Did It Ever Go Away?

She was reportedly picked over Vivien Leigh, another India-born actress, because the team behind the film felt she was a bigger name, Sen says.

A New York Times review of the film said Oberon had “perfectly caught the restless, changeling spirit of the Brontë heroine”. 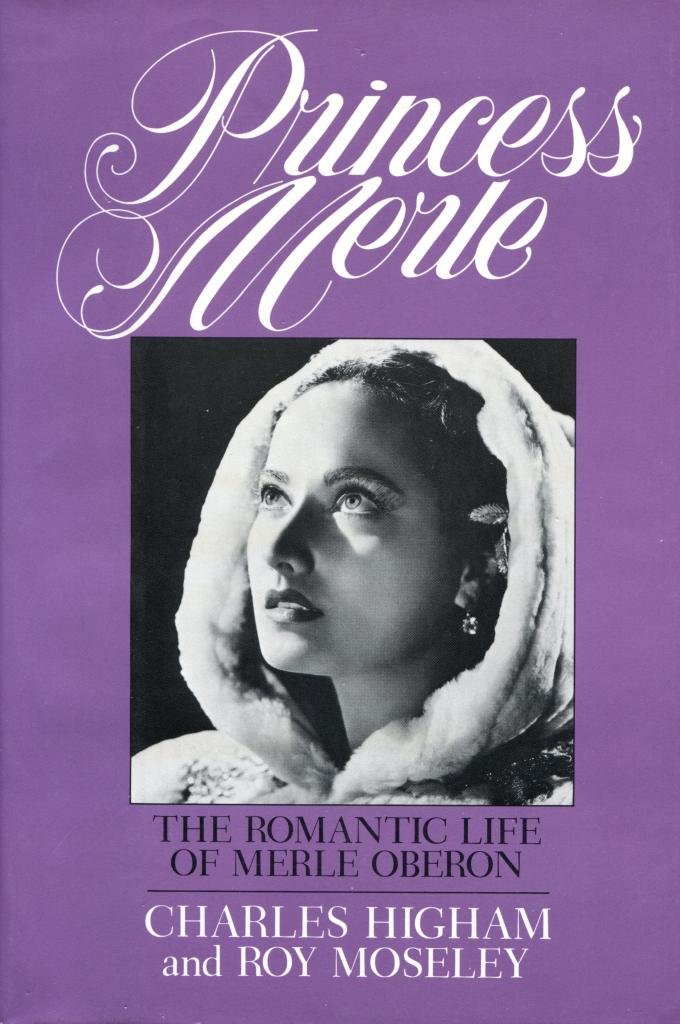 The cover of ‘Princess Merle: The Romantic Life of Merle Oberon’.

Korda and veteran producer Samuel Goldwyn helped Oberon assimilate, taming traits like her accent that would have given away her South Asian origins, Sen says.

But Oberon’s secret weighed on her – even though her light-skinned complexion made it easier for her to pass off as white on screen.

“She still often felt the need to silence frequent murmurs that she was mixed race. Film journalists of her era would note her tanner complexion,” Sen says.

Some accounts claim Oberon’s skin was damaged by skin-whitening or bleaching treatments.

After Oberon was injured and her face scarred in a car crash in 1937, cinematographer Lucien Ballard famously developed a technique that lit her in a way that would obscure her blemishes. (Oberon divorced Korda and married Ballard in 1945.)

“Some sources have suggested that the technique was also a way to ‘whiten’ Merle’s face before the camera,” Sen says.

Oberon’s nephew Michael Korda, who published a family memoir called Charmed Lives in 1979, said he obscured details of her background after she threatened to sue him for including her real name and birthplace.

“I had assumed that enough water had passed under the bridge, but she still minded very much indeed about her past,” he said in an interview.

The charade became harder to maintain. In 1965, Oberon cancelled public appearances and cut short a trip to Australia after finding the local journalists to be curious about her background. Reports say she was distraught during her last visit to Tasmania in 1978 as questions around her identity continued to swirl.

But she never admitted the truth in public. She died in 1979, of a stroke.

In 1983, her Anglo-Indian heritage was revealed in a biography, Princess Merle: The Romantic Life of Merle Oberon. The authors found her birth record in Bombay, her baptismal certificate, and letters and photographs her Indian relatives had.

Through his book, Sen hopes to be able to convey the enormous pressures Oberon faced as a South Asian woman “navigating an industry that wasn’t designed to accommodate her and producing such moving work while fighting those battles”.

“Dealing with those struggles couldn’t have been easy. It feels more productive to extend grace and empathy to her than to judge.”