Among Tamil films that have always sought to romanticise the tribal/labourer life, 'Merku Thodarchi Malai' puts it forth as it is, with so brutal an honesty that it hurts. 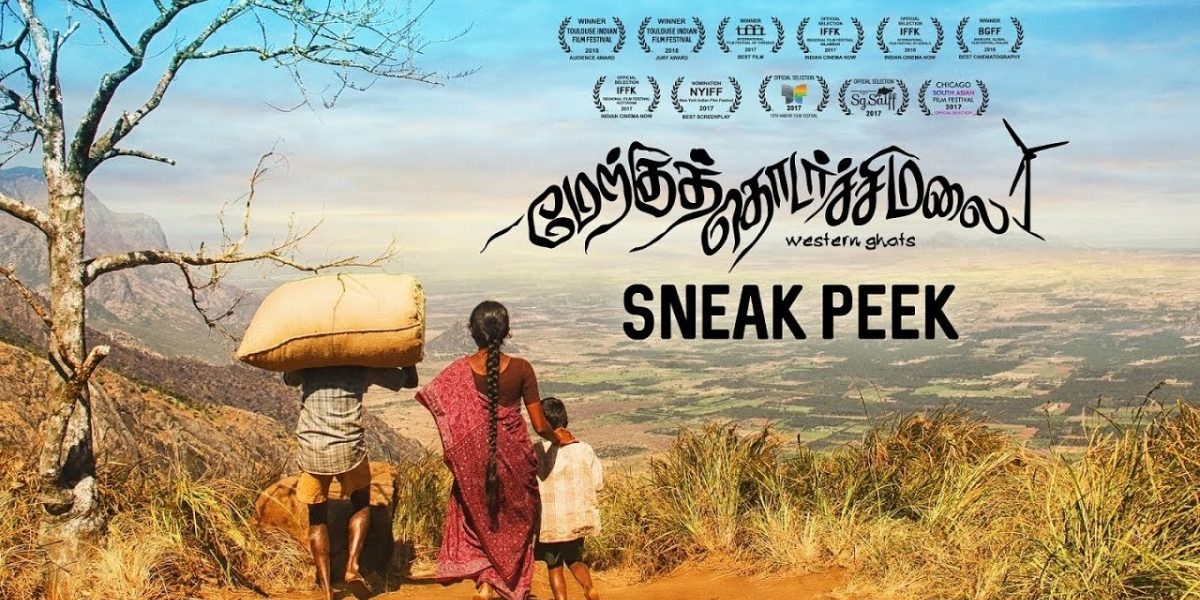 A promotional poster of the film. Credit: Special arrangement 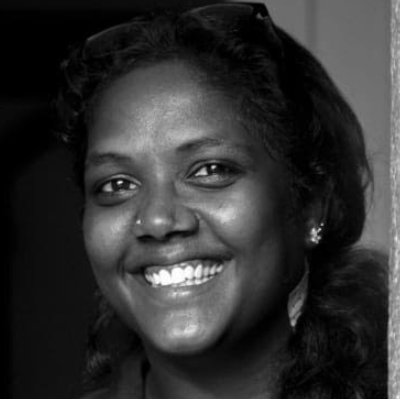 Merku Thodarchi Malai (Western Ghats) is one of those rare yet refreshingly honest attempts ever made in Tamil cinema. Consider a character like Sako – a comrade working for labour rights. When countered by an estate owner on why is he keen to protect the rights of silly Paandis (Tamils), Sako (a Malayali) retorts: “I will stand for the rights of labourers – Tamil or anyone else.”

Sako is not a case in isolation. Almost every character in Merku Thodarchi Malai is sketched with a motive of creating a larger impact. Like how the Kiruku Kizhavi (crazy old woman) who keeps screaming against a non-existent elephant and pelting stones in the air to get rid of it, is a sharp inference of human-animal conflict in villages. (The old woman’s husband had died, trampled by an elephant. The accident also leads to the loss of money they have saved over years, driving the old woman to insanity). 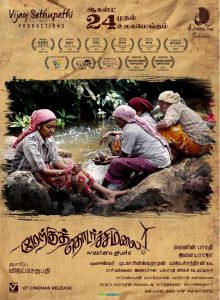 In the hundred year old history of Tamil cinema, there has perhaps been no greater a genuine or sensitive portrayal of landless labourers than in Merku Thodarchi Malai. Among Tamil films that have always sought to romanticise the tribal/labourer life, Merku Thodarchi Malai puts it forth as it is, with so brutal an honesty that it hurts.

Directed by Lenin Bharathi, Merku Thodarchi Malai is set in the backdrop of villages Pannaipuram, Thevaram and Kombai populated by hills like Kuthirapanjan mettu, Vatta paarai, Saathan mettu, Ramakal mettu and Pathinettam padi. Nestled between these hills are number of cardamom estates that offer a pleasing sight to outsiders yet to those toiling to make it churn profits, the estates are fields of punishments. Essentially Merku Thodarchi Malai is all about the landless labourers working for weekly wages and their struggles, something that has hardly been portrayed in its totality in Tamil cinema.

Bharathi makes no bones about the fact that his film primarily deals with the land dispute that has existed over generations – between the indigenous people and those in authority. The film does not shy away from explaining how the governments, backed by the corporate, usurp land that rightfully belongs to tribal communities. Maestro Ilaiyaraja’s soulful music only adds to the pain of those labourers. So does the camera by Theni Eshwar. Eshwar elevates Merku Thodarchi Malai to another level bringing to audience both the pristine beauty of the Western Ghats and the pain of struggles of its inhabitants.

About 90% of actors in Merku Thodarchi Malai are from those villages. Lenin Bharathi himself is from one of those villages and says he could not have had it otherwise.

“I spent my childhood in these villages. My mother was an estate labourer and my father was part of a communist movement. Even when I was very young, I was exposed to Russian stories of proletarian struggle and the politics to reclaim their rights. But I was too young to understand them. When I grew up, I understood them better and my film had to be around that,” says Bharathi.

Bharathi credits the Left movements for consistently fighting for the rights of labourers. At a time when workers were treated like slaves by estate owners, the Left movements insisted on forming labour union which eventually led to regulation of working hours, regular weekly payments, maternity leave for women, bonus during festivals and many more such benefits. The union also facilitated the introduction of provident fund for labourers.

For three years, Lenin Bharathi and his crew traveled with the villagers. “It helped create a bond with them. They understood that we are documenting their real lives. It was moving. Sometimes they loved us so selflessly.”

The film has been screened in several festivals across the globe. In France, a local farmers association told Bharathi that they always thought ‘small farmers’ was only their issue, which struck a chord with the crew. “Merku Thodarchi Malai made us realise it is not so. It is a global issue and we could relate better to it,” they told him. The community had also requested that the film be screened in their village, which Bharathi only obliged willingly. “The discussion that followed went on for three hours and well into midnight.”

Merku Thodarchi Malai is Bharathi’s debut attempt and the film has been produced by critically acclaimed actor Vijay Sethupathi. “Cinema is a powerful medium, but ridden with clichés. I did not want my film to be another cliché. I want it to take my audiences to their roots – to revisit their past if only for few hours.”

“It is undoubtedly the first of its kind in Tamil cinema,” says director Ram. “It is the story of a landscape that we have collectively failed to notice and its people. The film has no pretensions. He shows Western Ghats and the lives of its people as it is.”

The film is releasing this week to wider audiences. It may go down in the history of Tamil cinema as just one page, but unique in its own way.

Krithika Srinivasan is a Chennai based journalist with a sociology background. She is a trained shadow puppeteer.